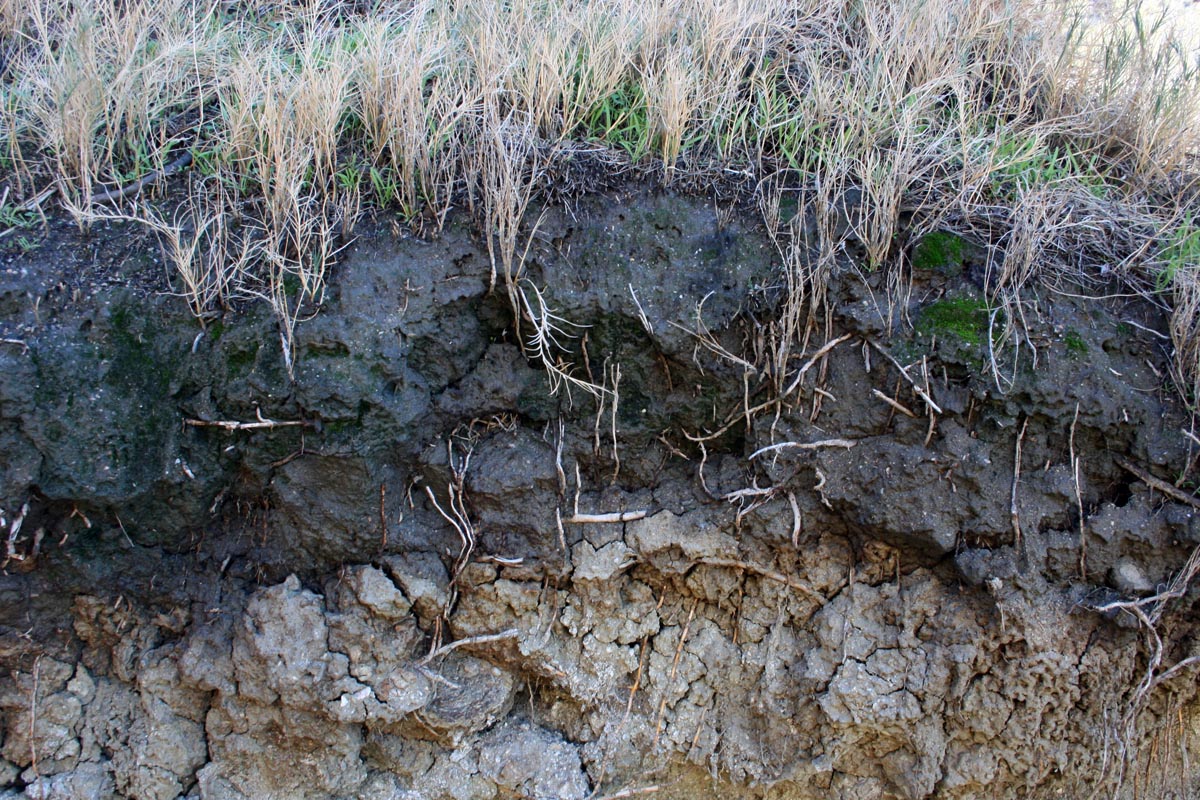 To see the big picture of North America, look no further than a new detailed cross-section of the continent that ventures down to its deepest roots and has uncovered a mystery at its very foundation.

Scientists constructed the cut-away map, which is curved just as Earth’s surface is, from geological, geochemical and geophysical data collected for more than 20 years as part of the Canadian Lithoprobe project.

The map starts where the Juan de Fuca tectonic plate dives beneath the North American tectonic plate at the Cascadia subduction zone on the West Coast. It then reaches more than 3,700 miles (6,000 km) east to the Atlantic margin and delves to the very base of the continent at depths as great as 170 miles (270 km).

The cross-section reveals how the mantle roots of the continent and the overlying continental crust both bear more than 3 billion years of scars of ancient continental collisions and eons of oceanic plates and islands getting shoved against and pushed under older continental blocks. Each layer of older crust visibly forms the basement of the next younger layer, illuminating the assembly of the North American continent at an unprecedented scale.

This is the first time anyone’s put together a cross-section of a continent with this much detail.  Even at the very base of the crust — the furthest part of the cross-section from the surface, and thus the most difficult to image — the resolution of imagery “is on the order of a couple hundred meters vertically and a few kilometers laterally, and is even better at shallower depths. The work that helped create this cross-section has proven invaluable for industry, helping in explorations for diamonds, oil and other resources, and demonstrating the value of technologies not previously used in industry. However, the cross-section has revealed enigmas as well.

The greatest of these is how the base of North America’s crust has relatively few deep roots extending downward, even under ancient mountain systems, regions where one might expect thicker crust. Instead, the base of the continent seems remarkably “flat,” or similar in thickness, regardless of age.

One possible answer to this mystery is that the boundary between the crust and the mantle — technically known as the Mohorovičić discontinuity and nicknamed the “Moho” — may get reset over time so that old parts fall off, smoothing out the rough parts and flattening the bottom.

“After you have parts of the crust collide and thicken, there may be some relaxation take place, especially under the higher temperatures and pressures that you have at greater depths, that cause it to reform.  Or perhaps temperatures and pressures at greater depths cause the lower crust to form a type of unusually dense rock called eclogite that peels off and downward in a process called delamination, resulting in the flat base. (OurAmazingPlanet)

The scientists detailed their findings in the June issue of the journal GSA Today.