Seismicity has increased dramatically at Tungurahua volcano in Ecuador. Given the open-vent state of the volcano, eruption is hours to days away according to EarthquakeReport.

Tungurahua volcano showed a decrease in explosive activity, seismic activity and rate of SO2 emissions since September. However, in recent months there was an increase in internal pressure manifested by a gradual inflation of its upper flanks.

According to IGEPN report, on December 8, 2012 deflation was observed by deformation sensors (inclinometers) located at the top of the volcano.

From December 12, 2012  a progressive increase of seismicity was recorded, mainly in the number of earthquakes associated with fluid motion and some fracture earthquakes. Slight increase in gas emissions was recorded. 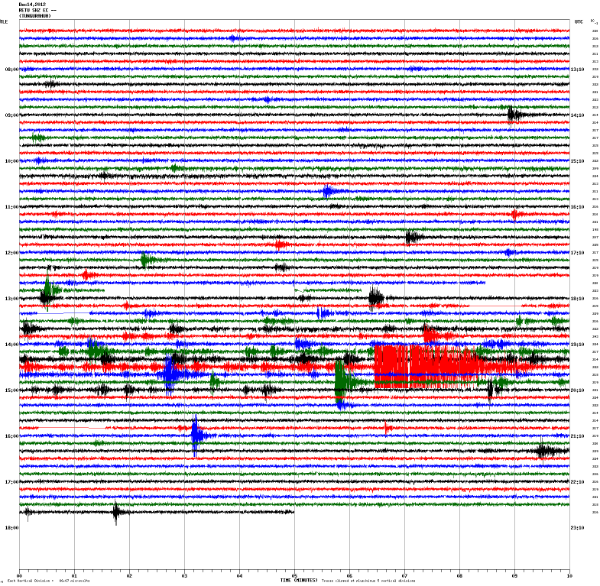 On December 14, 2012 strong explosion produced a highly charged ash column which reached height of 6-7 km, accompanied by pyroclastic flows on southwest flank and the middle of the cone. The explosion produced strong ground shaking, after which there have been vapor emissions, seismic fracture (VT) and fluid motion. 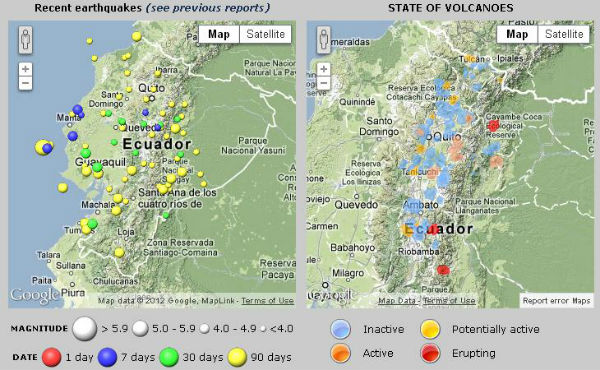 Comet C/2020 F3 (NEOWISE) has survived its close encounter with the Sun and is currently observable from the northern hemisphere with the naked eye. To receive this celestial gift, get up before dawn, look to the NNE and see it before the Sun takes over, or wait a...

NASA's DART mission may cause first ever man-made meteor shower

The impact of NASA's Double Asteroid Redirection Test (DART) mission-- which aims to nudge the orbit of its target for planetary defense purposes-- may produce the first meteor shower from human activities in space, according to research published in The...

Lightning strikes have killed 147 people in 10 days in northern India during the annual monsoon rains, with Bihar being the worst hit as this year's toll in the state already surpassed the total deaths recorded annually over the past years. Authorities urged...

At least seven people lost their lives while scores of others were injured in separate incidents in Pakistan's southern city Karachi in the first seasonal monsoon downpour on Monday, July 6, 2020. The Pakistan Meteorological Department (PMD) reported 43 mm (1.7...

Heavy rains during an overnight storm into July 7, 2020, have resulted in widespread flooding in the capital Sofia, Bulgaria. Streets and railway stations turned into rivers, damaging cars and impacting electricity poles that led to power disruptions. One person...

Southwesterly monsoon has brought heavy rains and destructive flooding to parts of western India over the past days, resulting in two fatalities each in Gujarat and Karnataka. Numerous towns recorded more than 100 mm (4 inches) until Monday evening, July 6, 2020,...

At least nine people have lost their lives after heavy downpour over the past days triggered flash flooding and landslides in central and western Nepal. Rescue efforts continued on Monday, July 6, 2020, but were hampered due to blocked roads and severe weather...