GDACS reported that this earthquake can have a low humanitarian impact based on the Magnitude and the affected population and their vulnerability. There are about 49 000 people within 100 km.

The intensity of the quake was felt at 3 to 4 MMI (Modified Mercally Intensity) at Padang city, the provincial capital of West Sumatra, Indonesian Meteorology and Geophysics Agency said.

Indonesia is vulnerable on earthquake and volcanoes as it lies on quake-hit zone "the Pacific Ring of Fire." 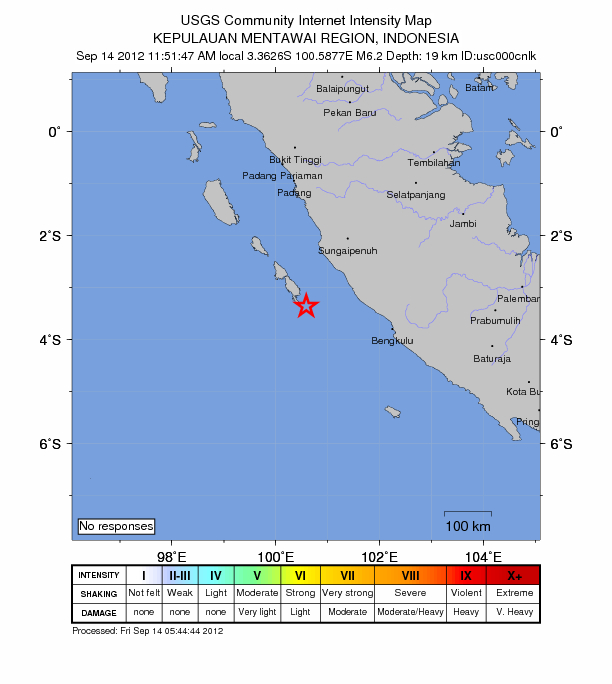