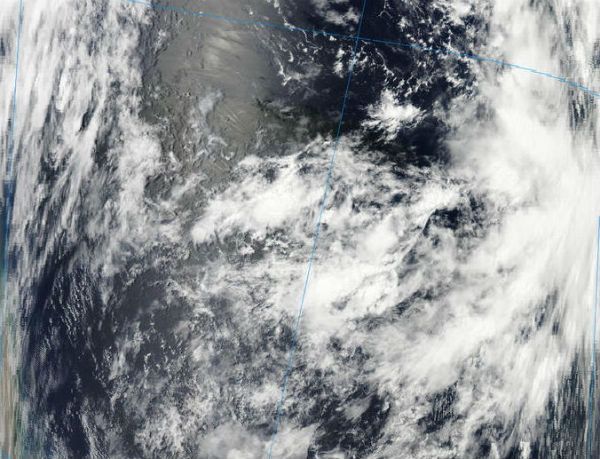 Tropical Depression 9 was upgraded in Tropical Storm and it got named – Isaac. Hurricane hunter aircraft found tropical storm force winds in the Atlantic system Tuesday afternoon. The system is now moving toward a favorable environment with much warmer water and lower wind shear. Isaac is likely to become a strong hurricane over the Caribbean and could eventually impact the United States.

According to latest public advisory by US National Hurricane Center (NHC), Tropical Storm Isaac was located near latitude 15.5N and longitude 54.9W – about 700 km (435 miles) east of Guadeloupe in the Lesser Antilles. Isaac is mowing westward at speed of 28 km/h (17 mph) and this general motion is expected to continue for the next couple of days. Maximum sustained winds are near 65 km/h (40 mph) with higher gusts. Additional strengthening is forecast during the next 48 hours.

Total rainfall accumulations of 4 to 8 inches are possible over the northern Windward Islands and Leeward Islands, and over Puerto Rico and Virgin Islands from 1 to 3 inches with maximum amounts of 6 inches.

A surge accompanied by dangerous waves will raise water levels by as much as 1 to 3 feet above normal tide levels in the northern Leeward Islands. Dangerous surf and rip current conditions will affect the Windward Islands and Leeward Islands during the next couple of days.

After moving through the Lesser Antilles through midweek, Isaac is forecast to become a hurricane as it tracks westward toward the Greater Antilles. Isaac may intensify into a Category 1 hurricane while it makes its closest approach to Puerto Rico, St. Croix and the Virgin Islands on Thursday.

There is potential for this system to become a category 2 hurricane as it moves westward over the Caribbean Sea.

Hurricane-force winds could lash the southern coast of the Dominican Republic and Haiti before Isaac is forecast to make landfall on the southeastern Cuba late in the weekend. Isaac will be strongest before it interacts with the higher terrain of Hispaniola and Cuba and increase the risk of widespread flooding and mudslides in the mountain area. The Virgin Islands, Puerto Rico, Hispaniola and Cuba will be at risk for flooding rainfall as Isaac is forecast to move through the area late this week and into the weekend. 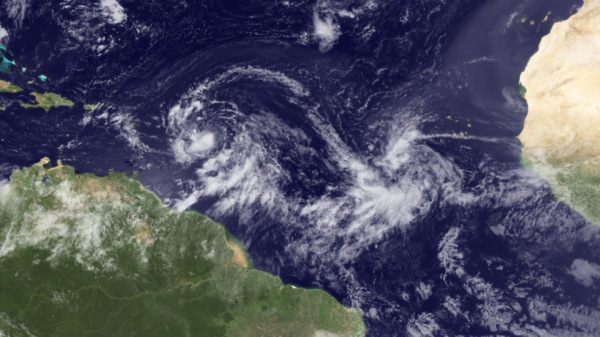 Another area of potential development in the coming days is the western Gulf of Mexico, part of the old remains of Helene now located just off the northeastern coast of Mexico. This system has a low 10 % chance of becoming a tropical cyclone.

A low pressure system located about (600 miles) west-southwest of the Cape Verde Islands continues to produce disorganized shower and thunderstorm activity. This system has a high 70 % chance of becoming a tropical cyclone during the next 48 hours.