Typhoon Kai-tak is the fourth storm to make landfall in eastern China in just over two weeks, following Typhoons Saola, Damrey, and Haikui.

The system made landfall as a typhoon earlier this morning, August 17, along the coast of Leizhou Peninsula. Kai-Tak is now moving along the coast of Guangxi Province and could move into northeastern Vietnam later tonight. The system will continue weakening but will still bring rains across much of Guangxi, Hainan, and northern Vietnam. Kai-Tak is forecast to move north of Hanoi tomorrow morning and could dissipate as early as tomorrow evening. 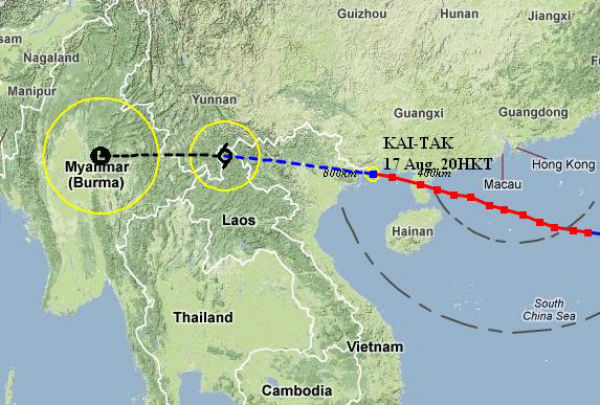 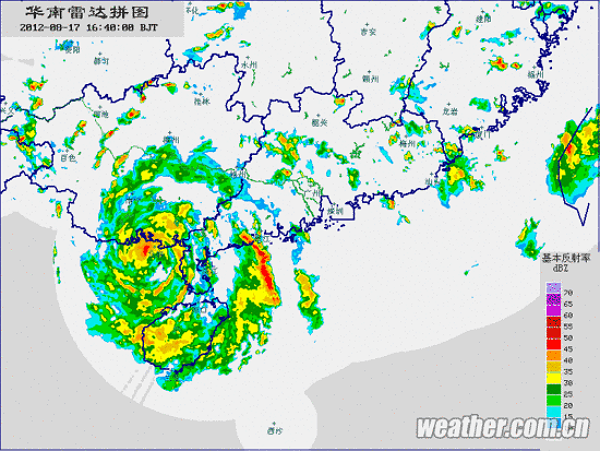 Another low pressure system is developing near the Philippines. Invest 96W could become a Tropical Cyclone in the next 2 days and could eventually affect Eastern Asia. Also, a weak Low Pressure Area was spotted near Guam and could also develop in the next 3 to 5 days. 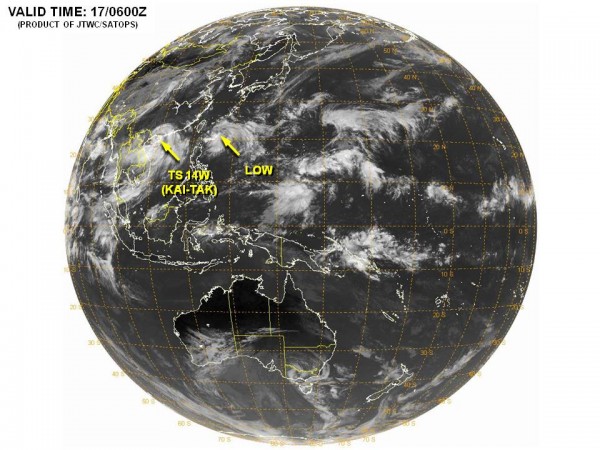