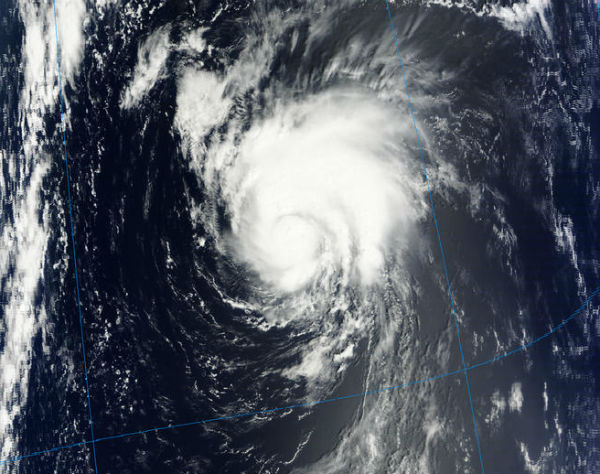 Tropical Storm Gordon formed on Thursday, August 16, 2012 in the middle of the North Atlantic Ocean. It is the 7th named storm of the 2012 Atlantic Hurricane Season. Gordon is moving to the northeast at 16 mph, farther away from US and is not expected to pose any danger to the United States or the Caribbean. 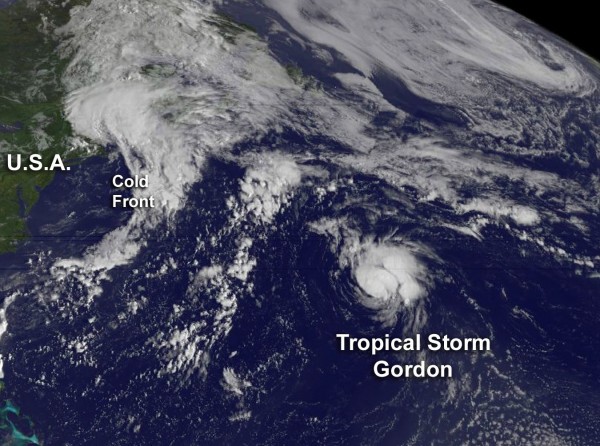 System 93L started out on August 10 as a tropical wave and associated low pressure area, that moved off the African coast into the eastern Atlantic. Over the last six days it moved west across the Atlantic Ocean and had its ups and downs in terms of organization and development. On August 15, it strengthened into the Atlantic Ocean hurricane season’s eighth tropical depression, just 15 hours after infrared data from the Atmospheric Infrared Sounder (AIRS) instrument onboard NASA’s Aqua satellite identified a strong banding of thunderstorms around the center of circulation and northwest of the center. That banding was an indication of organization and strengthening. Tropical Depression 8 continued to intensify and by August 16, it had strengthened into Tropical Storm Gordon, the seventh tropical storm of the Atlantic Ocean hurricane season.

According to latest public advisory issued by US National Hurricane Center (NHC), the center of Tropical Storm Gordon is located near latitude 34.2N and longitude 52.1W and is moving east-northeastward at speed of 28 km/h (17 mph).Maximum sustained winds have increased to near 100 km/h (65 mph) with higher gusts. Tropical-storm-force winds extend outward from the center up to 95 km (60 miles).

Gordon could become a hurricane by Friday. Gordon is forecast to turn more to the east over the next several days. This track will take Gordon farther from the United States. By late this weekend, Gordon is expected to weaken as it approaches the Azores Islands in the eastern North Atlantic and make a transition to a post-tropical cyclone.