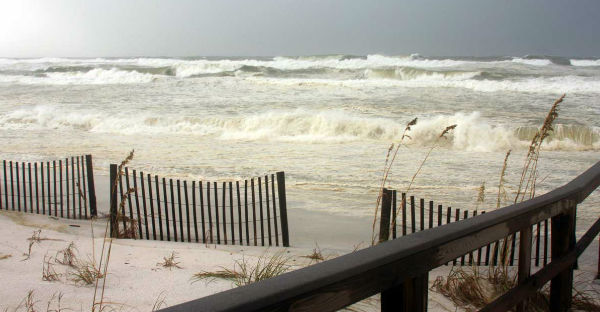 The 2012 CoreLogic Storm-Surge Report released on June 7, 2012, puts New York, N.Y., at the top of their storm surge risk list with potential hurricane damage that exceeds $168 billion. CoreLogic is a financial, property and consumer information, analytics and services company that works with government agencies, insurance companies, mortgage companies and others, according to the CoreLogic website. The report looked at the potential damage to structures along the Atlantic and Gulf coasts of the U.S. due to storm surge from hurricanes. Overall, the report estimates that more than 4 million U.S. homes are at risk of hurricane storm-surge flooding in 2012. 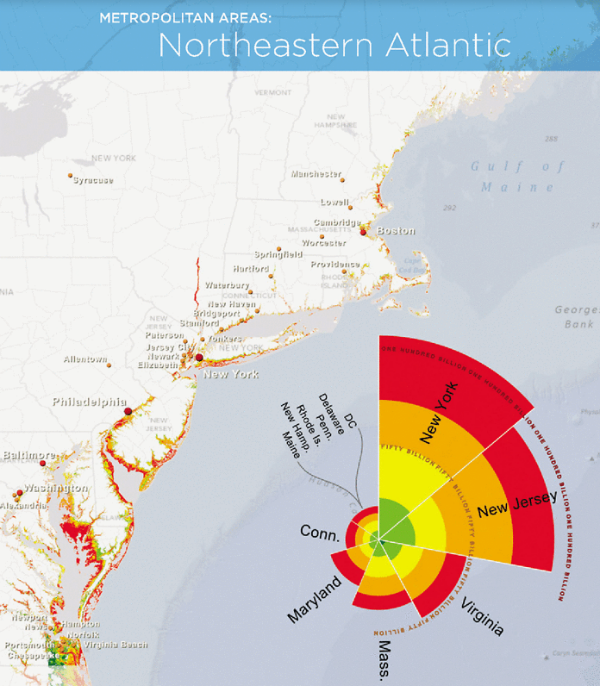 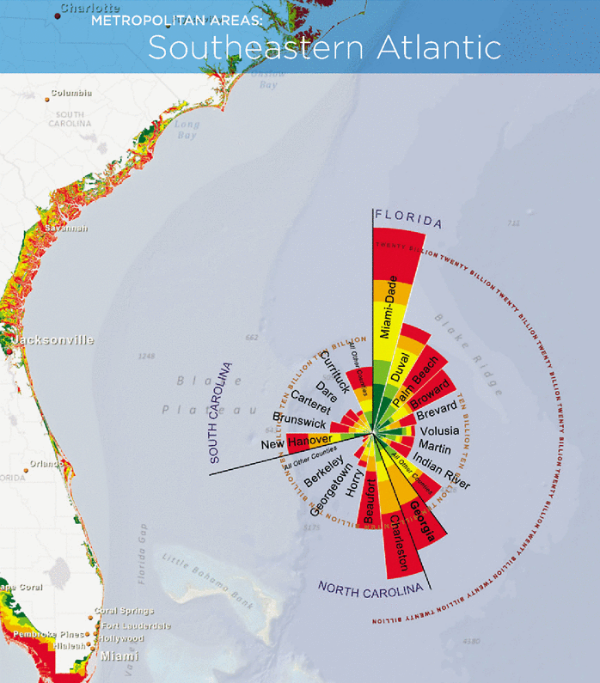 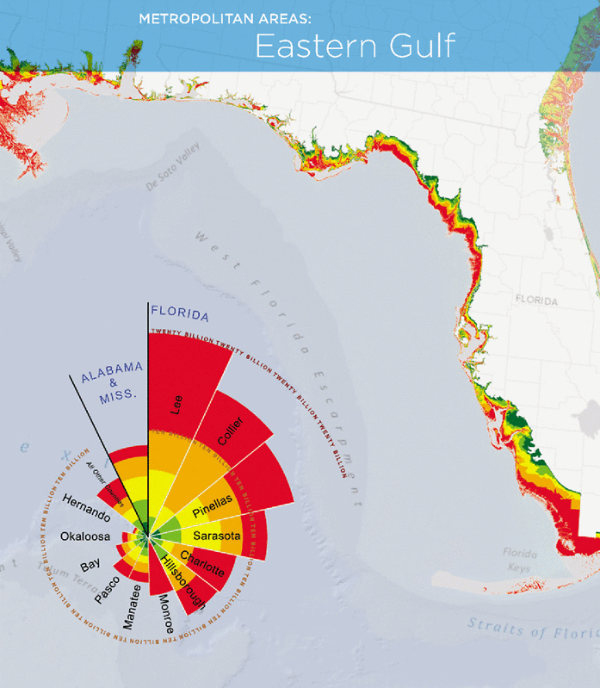 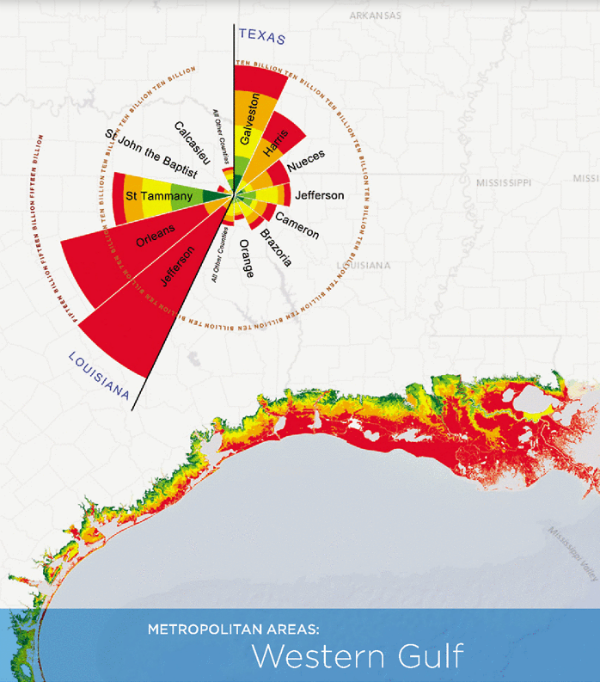 The 2012 CoreLogic Storm Surge Report examines single-family residential structures exposed to hurricane-driven storm-surge damage along the Gulf and Atlantic coasts in the U.S., and provides an in-depth look at the total number and value of properties at risk. The 2012 report contains an overview of risk for the entire U.S., as well as an analysis by region and at the state-level.

Below are the top 10 metropolitan areas with the potential for the greatest financial impacts from storm surge of all categories of hurricanes.

The estimated total risk to properties in these 10 cities exceeds $420 billion. These estimates of potential storm surge damage do not take into account hurricane damage caused by wind or rain.

Storm surges are the most dangerous aspect of a hurricane. This is because they are capable of causing total inundation of entire coastal areas. A powerful hurricane can produce a storm surge of 15 feet or more. Since much of the United States’ densely populated Atlantic and Gulf Coast coastlines are less than 10 feet above sea level, the danger from storm surge is tremendous.

Storm surge is a complex phenomenon that occurs when water is pushed toward the shore through the force of powerful winds associated with cyclonic storms, and is further influenced by many different factors, including water depth (bathymetry) and ocean floor terrain (underwater topography). High winds and low pressure created by the storm cause water to accumulate at its center. As it moves across the ocean, the strong winds inside the hurricane act as a plow, causing water to pile up along the front of the storm, with the highest water levels accumulating along the right-front quadrant as the hurricane spins counterclockwise. Over deep water far from land, the water bulge, or rise in sea level, is usually minimal because the energy generating the surge is able to dissipate downward or off to the side of the storm. But as the storm moves closer to shore and the water depth becomes shallower, the height of the water column gathered inside the storm increases because the water cannot dissipate. As a precursor to the hurricane, the storm surge can begin rising a day before the storm hits and affect areas that are not in the direct path of the hurricane. This is particularly true along the Gulf of Mexico shore, where the coast can experience storm surge tangential to the hurricane track.

Due to the counter-clockwise rotation and track of hurricanes that impact the U.S., in many cases, the right side or right-front quadrant of the storm will drive the highest surge levels when a storm strikes the coast and the on-shore winds come into contact with the land. The prevailing on-shore direction of the wind on the right side of the storm serves to exacerbate the surge levels. When the hurricane moves on-shore, and particularly if landfall is at high tide, large volumes of water are amassed along the coastline and are pushed overland to flood large areas of land. Wave action, on top of the surge, can then further augment the flooding. Storm surge can push inland via rivers, creeks and canals and can cause extensive damage over large areas far from the coast. Standing water can cause additional damage to low-lying coastlines that are protected by levees and other barriers when salt water that was pushed by the power of the surge is trapped inland and cannot flow back into the sea. Storm surge typically moves at 10-15 mph, keeping pace with the forward speed of the hurricane. The hydraulic impact created by these waves tends to be incredibly destructive because one cubic yard of sea water weighs approximately 1,728 pounds–almost a ton. Compounding the destructive power of the rushing water is the large amount of floating debris that typically accompanies a surge. Trees, autos, boats, pieces of buildings and other debris can be carried by the storm surge and act as battering rams that can damage or even collapse buildings in the waves’ path.