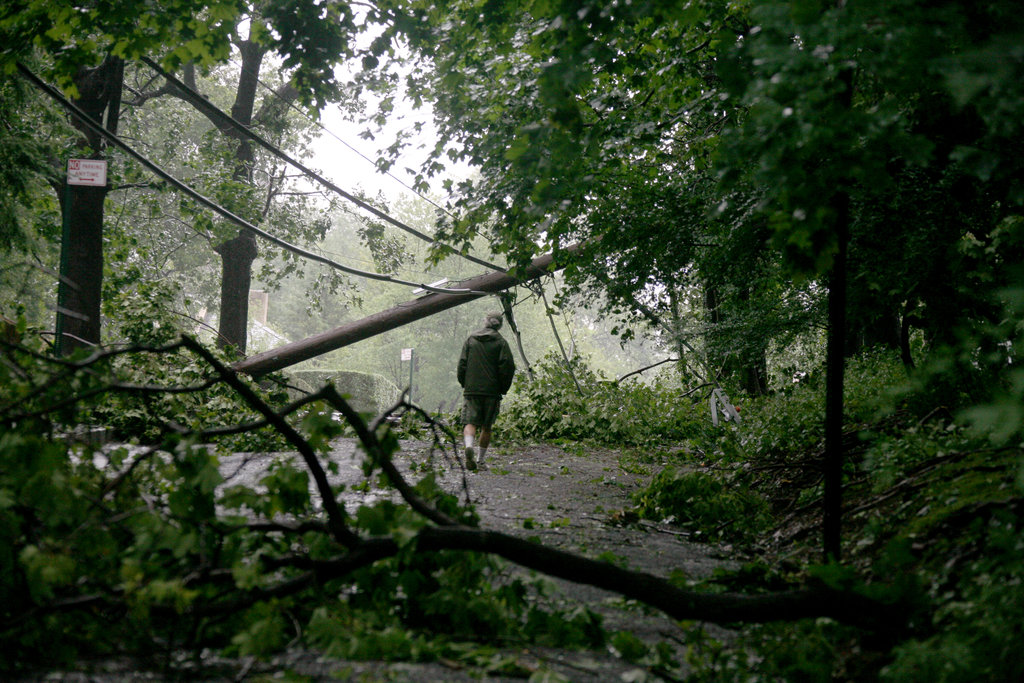 Downgraded a notch to a Category 1 storm, Hurricane Irene made landfall on the Outer Banks of North Carolina just after dawn Saturday. Residents up and down the East Coast are now dealing with Irene’s aftermath. Tropical Storm Irene swept through the desolate streets of New York on Sunday, flooding low-lying areas and leaving millions of homes without power along the Eastern Seaboard as it continued on to New England.

Windows in skyscrapers did not shatter. Subway tunnels did not flood. Power was not shut off pre-emptively. The water grid did not burst. There were no reported fatalities in the five boroughs. And the rivers flanking Manhattan did not overrun their banks.

Before striking New York, the storm left a path of wreckage that killed at least 16 people in six states, paralyzed most modes of transportation across the Northeast and caused flooding in several states.

Outside New York City, the storm’s wrath was stark. In New Jersey, more than 800,000 customers were without power on Sunday, and the state’s largest utility, Public Service Electric and Gas, estimated it could take a week to restore electricity to all of its customers. In Connecticut, 670,000 customers had lost power — roughly half the state — which surpassed power failures caused by Hurricane Gloria in 1985.

Flooding in Philadelphia reached levels that had not been seen in that city in more than 140 years. Vermont was also struck particularly hard; even as the worst of the winds had dissipated, flooding forced officials to evacuate parts of southern Vermont, and floods were expected in the northern portion of the state as late as Monday. (NY Times)

Although Irene lost its greatest ferocity by the time it reached New York City, weakening to tropical storm status just before its arrival, it will still go down in history as one of the few intense tropical cyclones ever to pass directly over New York City since instrument records began in the late 19th century.

Irene served more as a serious test of New York’s emergency preparedness plans than an example of what a powerful hurricane is capable of doing to this low-lying city. (CapitalWeatherGang) 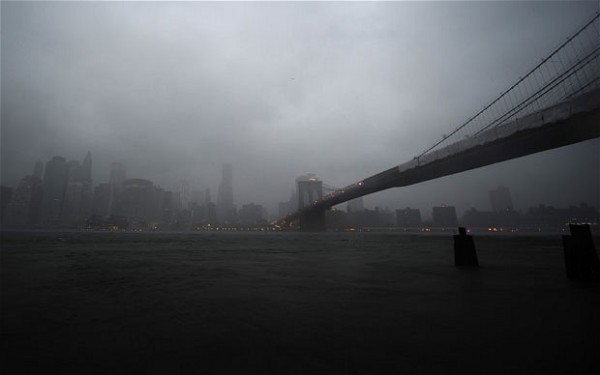 Irene’s assault on North America will come to an end on Tuesday, but not before the storm pounds eastern Canada. Irene will continue to lash Canada with heavy rain and gusty winds through Monday.

While a band of rain pushes through Atlantic Canada, Irene’s heaviest rain will push from the St. Lawrence Valley into western and northern Labrador into Monday. The rain will slowly exit Labrador Monday night into Tuesday morning. Numerous flash flooding issues are sure to result.

The strongest winds will blast the south-facing coastline, where coastal flooding is a serious concern due to these winds blowing directly onshore and pounding waves. (AccuWeather)

While Irene is posing the greatest danger to lives this weekend, it is not the only tropical woe in the Atlantic Basin. Tropical Storm Jose is nearing Bermuda, while the formation of Katia may be on the horizon.

Tropical Storm Jose formed earlier this morning, around the time Irene’s center was bearing down on the New York City area. Jose, however, will never become the powerful storm that Irene intensified into. Strong wind shear associated with Irene will actually cause Jose to weaken into a tropical depression by Monday morning.

Regardless, Jose will graze Bermuda with minimal tropical storm-force winds and gusty bands of rain through this evening. The rough surf that will continue to pound Bermuda into Monday has actually been kicked up by Irene, not Jose.

A tropical wave located just off the western coast of Africa could become the next tropical storm in the Atlantic Basin, acquiring the name “Katia.” (AccuWeather) 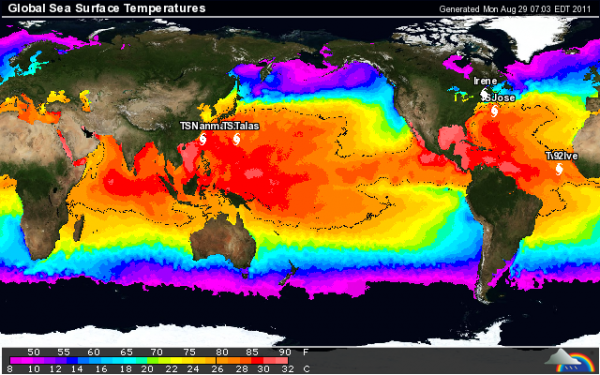 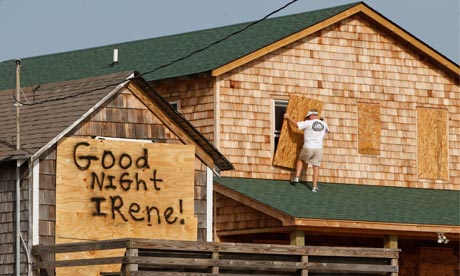