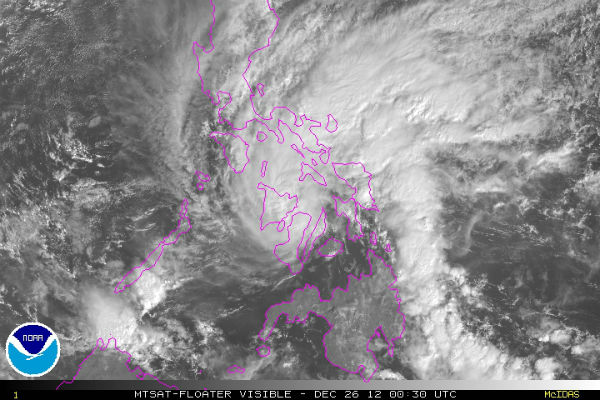 Tropical Storm Wukong (QUINTA) has slightly weakened after making landfall over Leyte and is now traversing Camotes Island. According to latest report by Philippine Atmospheric, Geophysical and Astronomical Services Administration (PAGASA), the center of Tropical Storm Wukong (QUINTA) was estimated based on all available data in the vicinity of Pacijan Island, Cebu (10.7°N, 124.3°E). PAGASA reports maximum sustained winds of 65 km/h near the center and gustiness of up to 80 km/h. Fishing boats and other small seacrafts are advised not to venture out into the seaboards of Luzon and Visayas and northern seaboard of Mindanao. 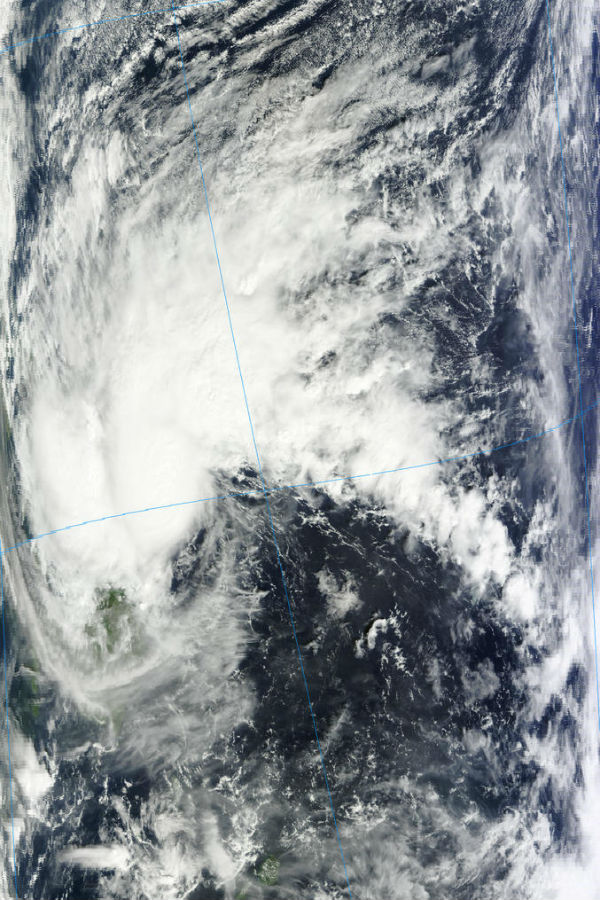 The system is already impacting the Visayas, Philippines with moderate to sometimes heavy rains. Up to 80mm of rain has already been reported so far and up to 150mm is still possible over the next 24 to 48 hours. Moderate rains are impacting parts of Samar, Leyte, Dinagat Island, Bohol and Mindanao. Heavy rains will continue affecting Central Philippines for the next 48 hours and could produce widespread floods and landslides.

Wukong (QUINTA) is tracking west-northwestward along the southern periphery of the deep subtropical ridge entrenched over the western North Pacific Ocean. It is forecast to continue tracking west-northwestward through the next 36 hours as it tracks toward the western extent of the subtropical ridge. The system is expected to be at 70 km Southwest of Coron, Palawan by tomorrow morning. By Friday morning, it will be at 460 km Northwest of Puerto Princesa City, Palawan. 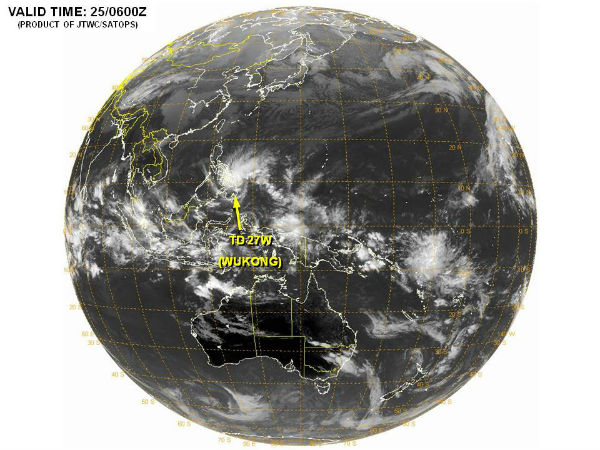 Wukong (QUINTA) is expected to intensify slightly as it tracks over the South China Sea due to improving poleward outflow. However, this phase is expected to be short-lived due to increasing vertical wind shear associated with a northeast surge event. It should dissipate over the next 48 hours.