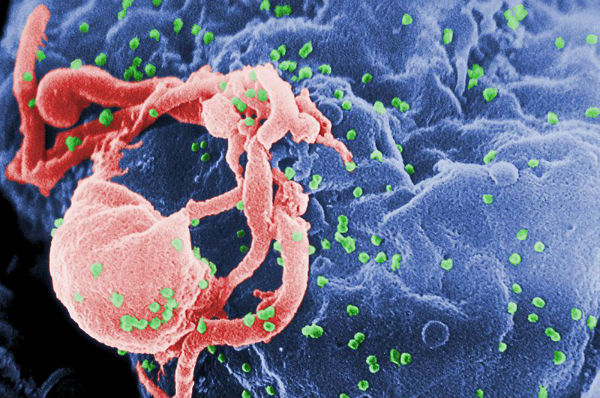 Alfred Roca, an assistant professor in the College of Agricultural, Consumer and Environmental Sciences at the University of Illinois, thinks that the genomes of an isolated West African human population provide important clues about how the Human immunodeficiency virus (HIV) has evolved. New findings reveal that HIV may have affected humans for much longer than is currently believed.

HIV is thought to have originated from chimpanzees in central Africa that were infected with retrovirus called simian immunodeficiency virus (SIV). Both HIV-1 and HIV-2 are believed to have originated in non-human primates in West-central Africa and were transferred to humans. It is believed that HIV-1 Type M (which accounts for 90 percent of human infections) have crossed the species barrier into human populations between 1884 and 1924. Improvements in transportation such as new railroads, urbanization or the expansion of communities and cities, in addition to the emergence of a fluid global economy have allowed HIV to expand and explode.

Roca said that virus may have crossed much earlier and many times, selecting for genetic resistance in isolated rural populations while remaining undetected. He said that some of the scientific literature suggests that the persistence of HIV in humans required population densities typical of the larger cities that appeared in West Central Africa during the colonial era. Before modern medicine and vaccinations, infectious diseases such as smallpox killed large numbers of people. People with compromised immune systems may have succumbed first, preventing the immunodeficiency virus from spreading.

If HIV crossed the species barrier many times, it is possible that selection favored protective genetic variants in the affected populations. 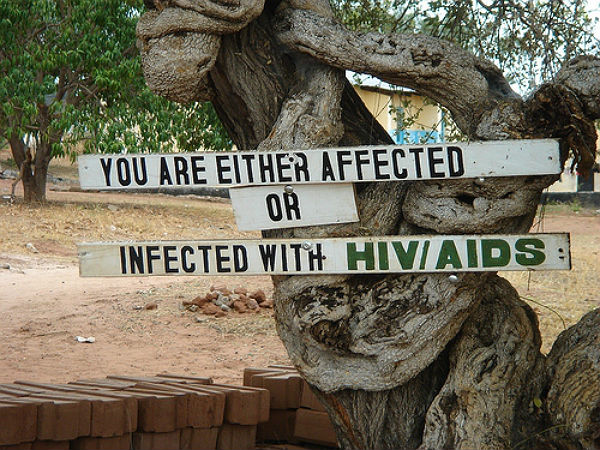 The sign in Simonga, Zambia, near the Simonga school (Credit: John Rawlinson/The image is protected under an attribution license)

Roca and his co-investigators looked for evidence of this selection in the Biaka genomes. The Biaka are a human community that inhabits forests in the range of the chimpanzee subspecies believed to be the source of the current HIV pandemic. The researchers compared Biaka genomes with the genomes of four other African populations who live outside the chimpanzee’s range.

Biaka genotypes were available through the Human Genome Diversity Project, which collected biological samples from 52 different population groups across the world. The project genotyped these diverse human communities for single nucleotide polymorphisms or genomic variation, at around 650,000 locations across the genome. 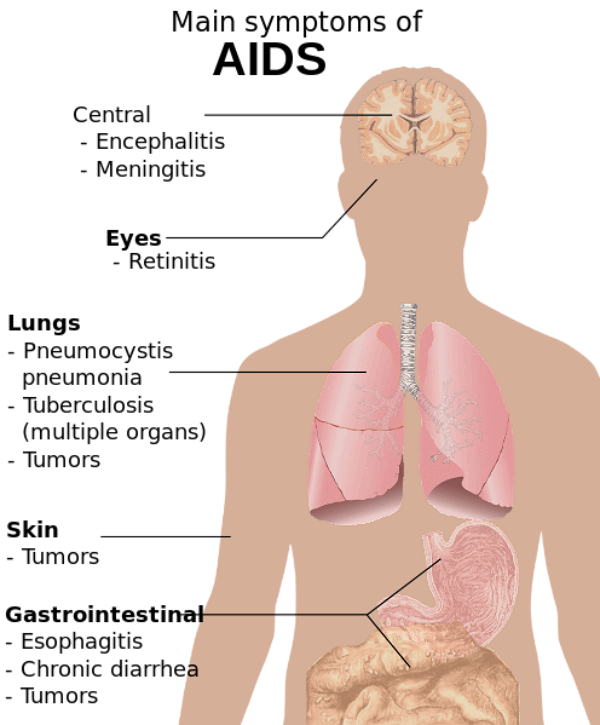 Main symptoms of AIDS, as described in the Wikipedia: AIDS article.

Kai Zhao, a graduate student working in Roca’s laboratory, examined previous research that used cell lines made in the 1980s from individuals who had AIDS or were believed to be at risk for it had identified 26 genomic locations as being involved in resistance to HIV. Zhao looked at the signature of selection for a genetic trait tends to reduce diversity in the surrounding genomic region within the affected population, increasing the differences between populations. The researchers looked at the genomic regions that contain genes known to have a protective effect against HIV to see if there was any overlap with the selection signatures. Eight of the comparisons found overlap. Seven involved the Biaka. Four genes in these overlaps that code for proteins affecting either the ability of HIV to infect the host cell or the disease progression were identified. The researchers also found that for several genes associated with protection against HIV-1 were common among the Biaka. The earliest well documented case of HIV in a human dates back to 1959 in the Congo.

Roca points that detected signature of selection doesn’t necessarily mean that selection has caused it – it’s just a good sign that selection may have occurred. The signature of selection may span several genes, of which only one is actually protective against HIV-1. The results are intriguing and indicate that this line of research is worth pursuing. Roca said if additional studies confirm that these genes have undergone selection and that human populations in the region have some genetic resistance to HIV-1, one could try to find additional genes in the population that may also be protective against HIV but have not yet been identified.

Sources: BMC Evolutionary Biology, College of Agricultural, Consumer and Environmental Sciences at the University of Illinois

Featured image: Scanning electron micrograph of HIV-1 budding (in green) from cultured lymphocyte. This image has been colored to highlight important features; see PHIL 1197 for original black and white view of this image. Multiple round bumps on cell surface represent sites of assembly and budding of virions (Credit: C. Goldsmith/PHIL/CDC)