NOAA forecasters estimate a 25% chance of polar geomagnetic activity today in response to the expected impact of an incoming solar wind stream.

Solar activity is at very low levels and there is currently no chance for strong solar flares on the earth facing side of the Sun. Sunspot 1271 has rotated onto the western limb and out of direct earth view. At the same time a new Sunspot rotated into view on the southeast limb and was numbered 1281 on Sunday. 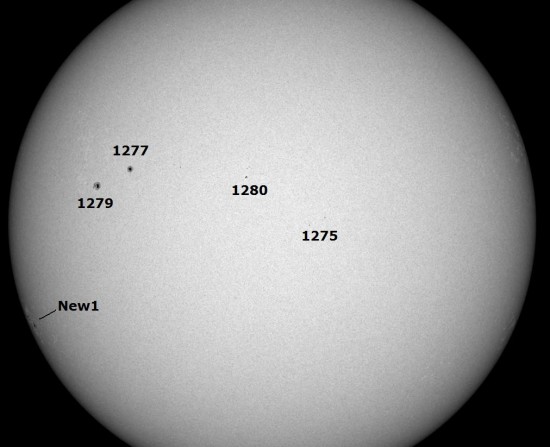 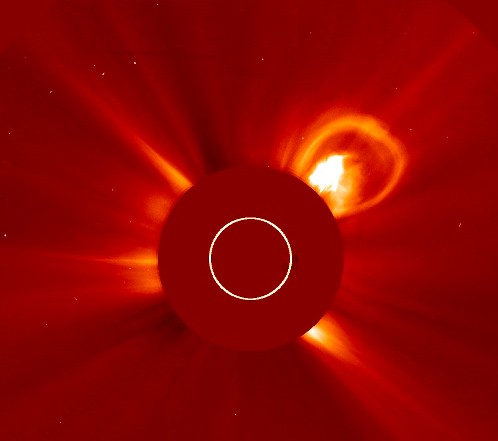 New Region 1281 (S21E64) produced occasional optical subflares during the period, two of which were associated with B-class x-ray flares. No significant activity was noted in the remaining spot groups. A weak Type II radio sweep occurred at 28/0420Z, likely associated with a filament disappearance from beyond the west limb. There were no Earth-directed CMEs observed during the period. (SolarHam) 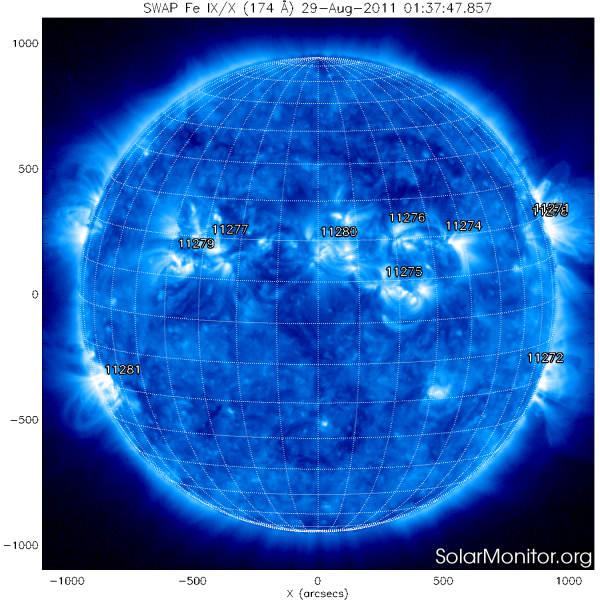 Solar activity is expected to be very low during the period (29 - 31 August) with a chance for an isolated
C-class flare.