A powerful low pressure field brought heavy snowfall across parts of Japan on January 17 and 18, 2016. Extreme weather conditions caused widespread traffic chaos, and at least 250 people reported injuries while 10 000 were advised to evacuate Nemuro region on January 19 due to a threat of a strong storm surge. 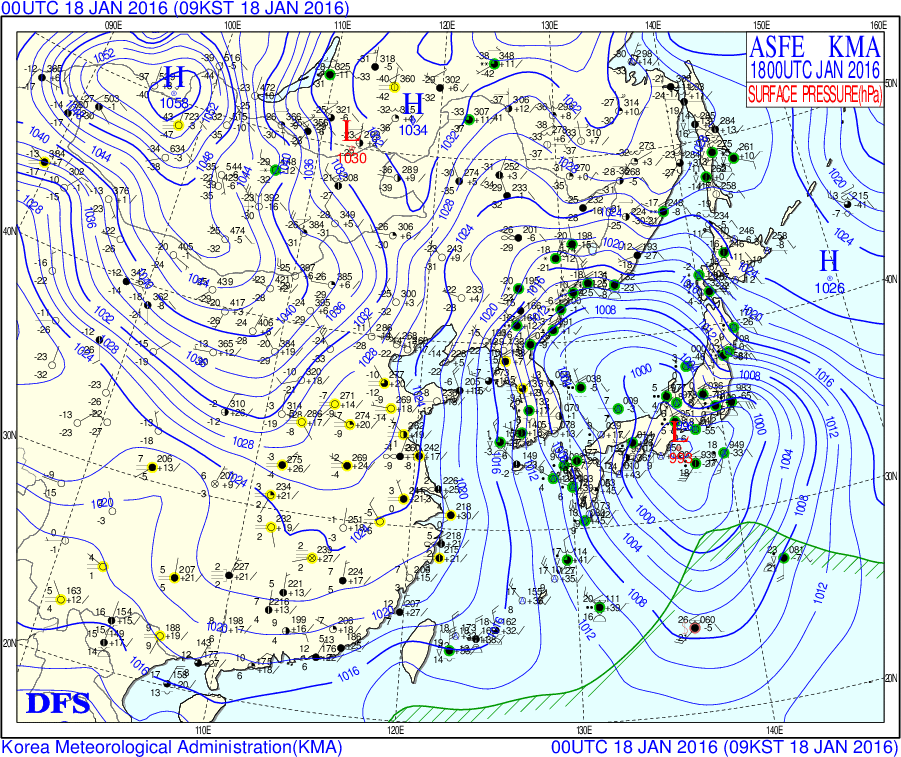 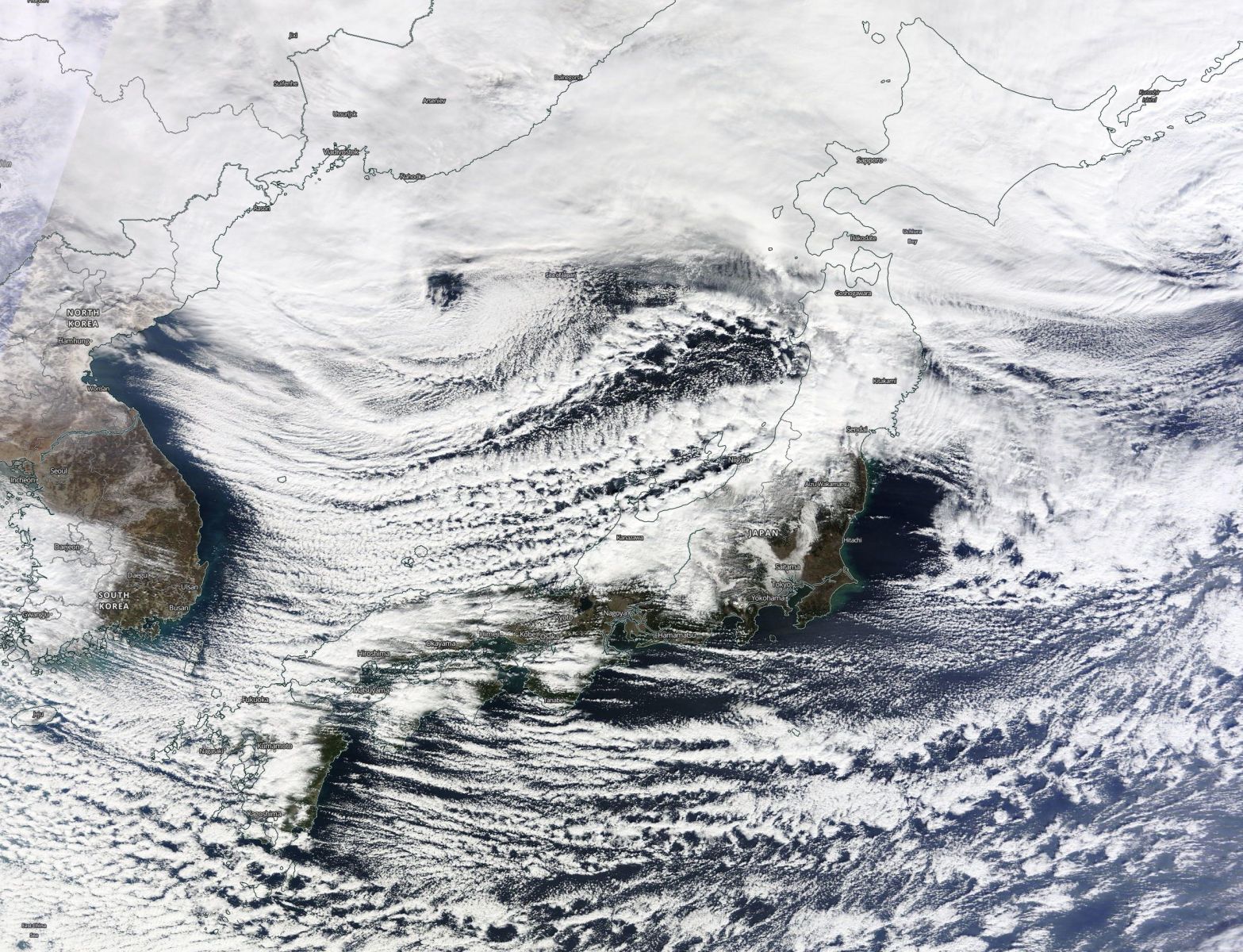 About 30 000 passengers have been affected by the snow conditions, as the Joetsu and Hokuriku shinkansen lines were disrupted. 197 domestic flights have been cancelled, and rail traffic across the country experienced major delays and cancellations. 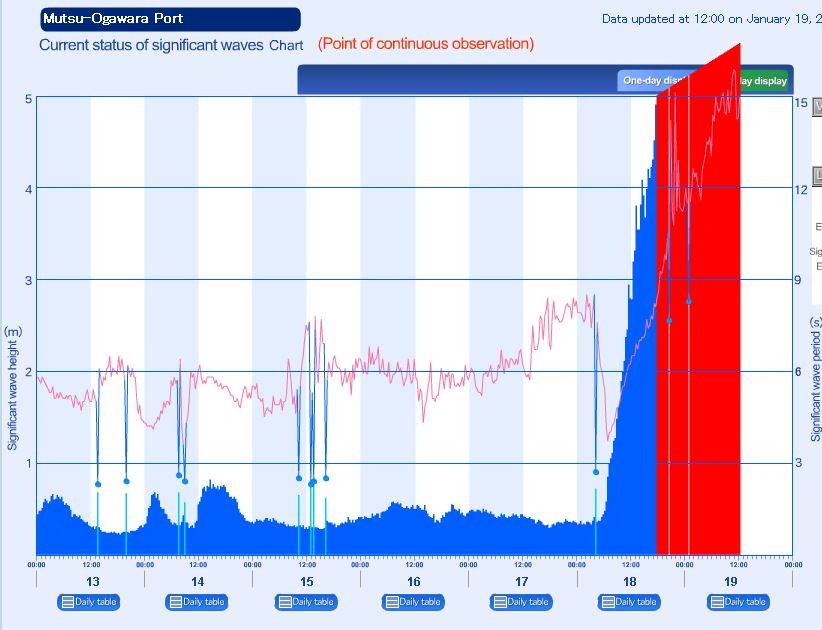 The intense weather system is currently dominating over Japan, with pressure estimated to be as low as 993 hPa, according to Robert Speta, NHK and WestPacWx meteorologist. The low has produced a storm surge in Hokkaido and Aomori prefecture. Waves of 9 m (29.5 feet) were reported in Aomori, Hachinohe on January 19. 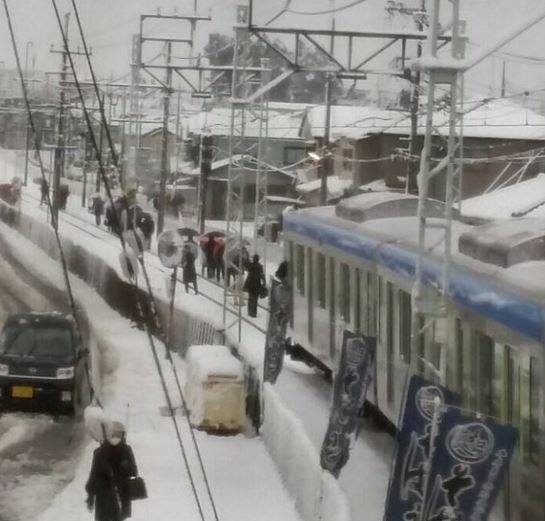 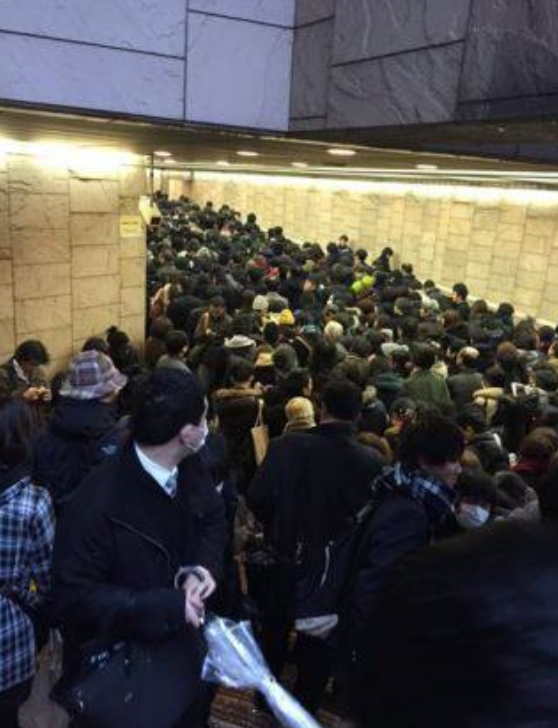 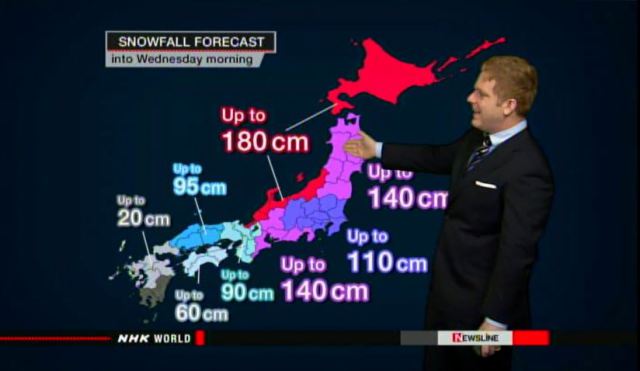 The storm system is expected to bring more snowfall over the next couple of days. More than 200 cm (78.7 inches) of snow is expected in parts of Hokkaido and Hokoriku by the end of the week, according to Robert Speta. Residents have been advised to prepare for severe weather conditions and remain indoors whenever possible. The use of snow tires and chains for road vehicles has been strongly encouraged.