Scientists from Princeton and Rutgers universities and the Woods Hole Oceanographic Institution developed a computer simulation which showed the storm-related flooding on the New York City coastline, on the similar scale to those of Hurricane "Sandy," will highly likely become more common over the coming years. In the worst case, the frequency of such events may increase by 17 times by 2100.

The newly developed model can provide the researchers with an important, new tool, capable of predicting the types of storm floods which could endanger coastal cities over the next century, with a higher degree of accuracy than previously though possible. It accounts for both the sea-level rise and varying storm activity dependent on climate change, and may, thus, provide a picture of long-term coastal flood risk.

Scientists call flooding associated with coastal storms "surge floods," referring the rise of coastal water due to storm surge (produced by a storm's pressure and wind forces) and sea-level rise.

"To effectively prepare for future hurricanes, we need to know what coastal cities will be facing in the coming decades, but past models have not accounted for all of the significant dynamic factors involved in predicting surge floods. You need numbers to plan, and this analysis puts sea-level rise and storm surge climatology together on a quantitative basis," said Ning Lin, the lead author of the paper and a Princeton assistant professor of civil and environmental engineering. 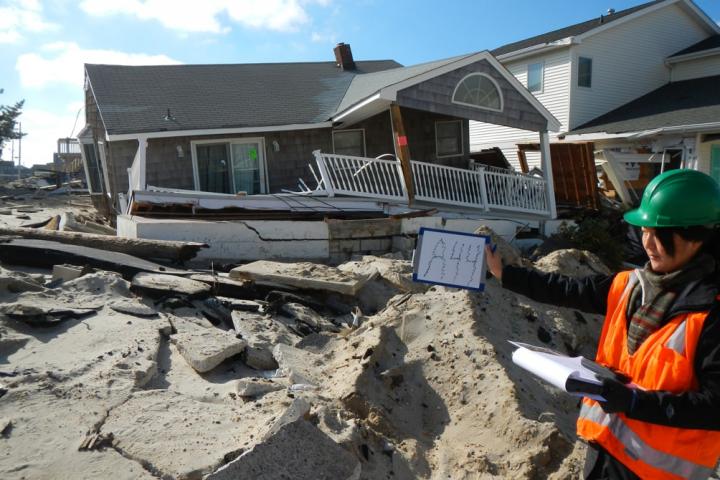 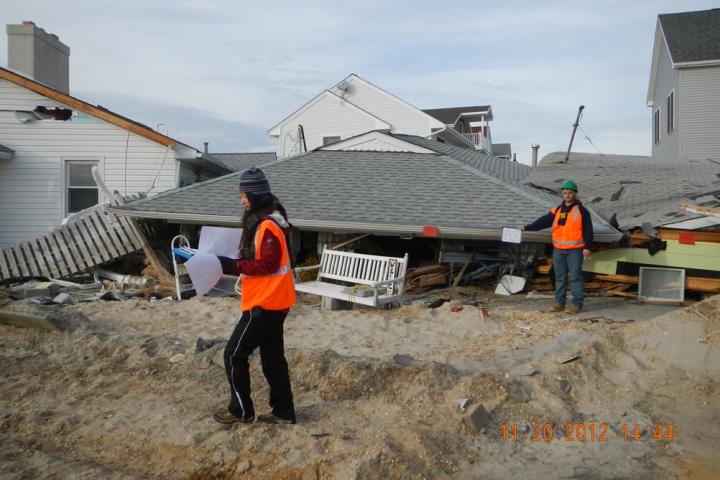 Hurricane "Sandy", the second costlies hurricane in the history of the US, was largely caused by the high storm tide, the combined height of the normal ocean tide and the storm surge. It flooded large portions of the New York City and the New Jersey coastline. While moving inland, it pushed a wall of water in front, which caused the East River to flood the streets of Lower Manhattan, causing approximately $71 billion worth of damage, and killing 157 people.

The US Federal Emergency Management Agency and state emergency management and planning agencies are working on finding a way to minimize the possible future impacts of similar storms. The US Department of Housing and Urban Development is planning on building enormous berm and walled park around the low-lying parts of Manhattan along the East River.

"Your mitigation measures are only as good as your predictions of the threat you're trying to mitigate. Engineering-wise we've always considered sea level and climate as static, but now we need to account for the change over time. Our work is focused on putting predictions of flooding on a truly quantitative basis by incorporating factors that are predicted to change. If you don't account for rising sea level and possible change in storm activity, you're underestimating future flood risk," Lin explained.

The scientists have used the model to estimate the occurrence of similar floods in the past and future in New York City, and based their estimates on the historic data and predictions of sea-level and peak storm surge heights, produced by several climate models.

"Our model for the first time pulls together probabilistic estimates for sea-level rise and storm surge to produce long-term predictions of flood stages. These two variables, although largely uncertain, are critical in determining the extent of coastal flooding from future hurricanes," said Lin.

"The grand answer is that things are going to get worse by 2100. If nothing changes with hurricanes, sea-level rise alone will increase the frequency of Sandy-like events by 2100," said Benjamin P. Horton, a professor of Marine and Coastal Sciences in Rutgers' School of Environmental and Biological Sciences.

When putting into the model the predicted changes in storm climatology, the model showed the surge floods may become at least 3 times, or as much as 17 times more frequent.

"What this tells us is that large surge floods are likely to increase in frequency, but that there is a large amount of uncertainty about the extent of the increase," Lin said.

It's important to note that not every Sandy-like storm surge would produce such flooding events as the one that occured during Hurricane "Sandy". The particular event occured during a high astronomical tide and, in combination with the storm surge, produced the so-called "storm tide".

"The effect of astronomical tide will be accounted for in the future but the tide component doesn't change with the climate and so the increasing trend of flood frequency will be similar," explained Lin.

The issue whether the hurricanes are becoming more intense and frequent is not yet answered definitely. "But even if storms occur at the same frequency and strength, our estimates suggest the frequency of high storm surges will significantly increase based on rising sea level. As we refine climate and hurricane dynamic models, we will have more accurate predictions that will allow planners to better design flood mitigation strategies."

The reseach has taken an important step toward quantifying the risk of storm surge and assocaited flooding in the coastal areas of New York and Jersey in the coming years.

Rick Luettich, a professor of marine sciences and environmental sciences and engineering at the University of North Carolina, said that the research represents another important step toward quantifying the risk of storm surge and associated flooding in the coastal New York and New Jersey areas, both today and during the remainder of the 21st century.

"This information is critical for enabling well informed decisions about the future of this region. One wonders whether this area would have developed into the megacity it is today had its early years occurred under the storm surge conditions predicted for 2100," concluded Rick Luettich, a professor of marine sciences and environmental sciences and engineergins at the University of North Carolina, who was not part of the study.