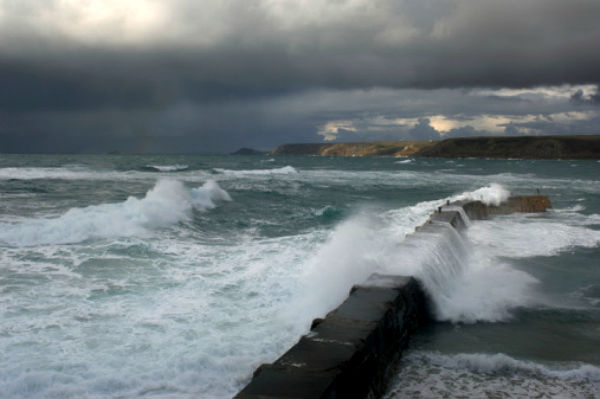 Storm along the central Gulf coast will move eastward to the eastern Florida coast and deepen into nor’easter storm which will form off the coast of South Carolina on Tuesday evening. The storm is forecasted to accelerate north-northeastward on Wednesday, with a central pressure expected near 984 mB . The system is expected to travel northward paralleling the east coast northward to off the Delmarva Peninsula by Wednesday morning. This will affect the areas that were hardest hit by Hurricane Sandy last week. It should intensify into a medium-strength nor’easter storm, pulling in cold Arctic air from Canada. As the storm strengthens, winds are expecting to reach 95 to 115 km/h ( around 60 to 70 mph). 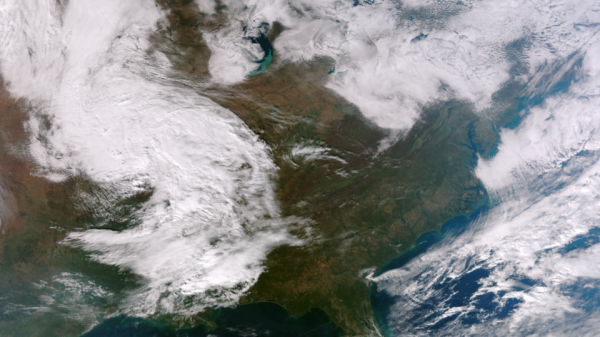 High, battering waves, could cause severe erosion along the coastal areas pounded by Hurricane Sandy last week. Beach erosion caused by Sandy and washed up sand dunes could hardly stop the surge, especially along the New Jersey coastline.  A storm surge of 2 – 4 feet would likely hit the New Jersey coast, and a storm surge of 3 – 5 feet would likely impact the western end of Long Island Sound.

At the present time, AccuWeather.com meteorologists are expecting a 2 to 4-foot water rise on top of the tide level from about Ocean City, Md., through Atlantic City, Belmar and Sandy Hook, N.J. The worst of coastal flooding is expected Wednesday afternoon and again late Wednesday night, as the hide tides appearing that day. There isn’t much protection in place to hold the water back so coastal residents are urged to take precaution against more rising water. 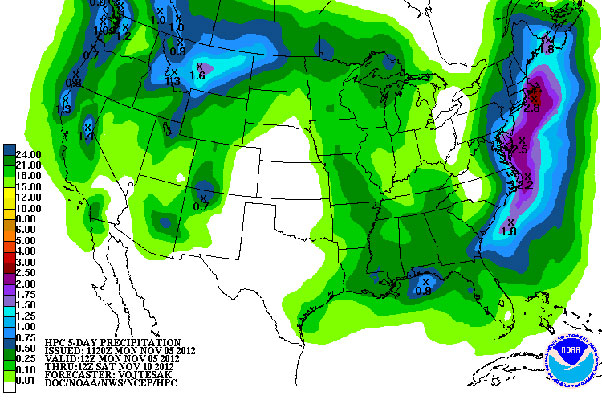 Saturated ground will receive additional rain amounts which will lead to flooding of low-lying and poor drainage areas, causing streams and creeks to rise over their banks. 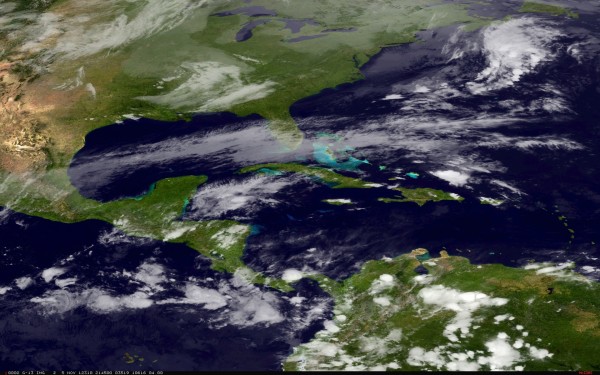 Nor’easter has the potential to bring more than a foot of snow to mountain areas of New England. Additional power outages and damage to trees will be likely due to the already soft saturated ground in place across the region. About 1.26 million people are still without power in the Northeast.