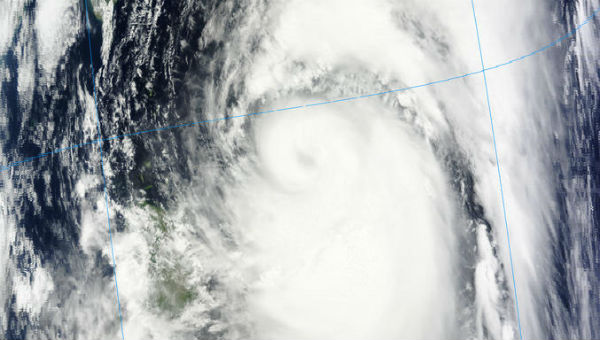 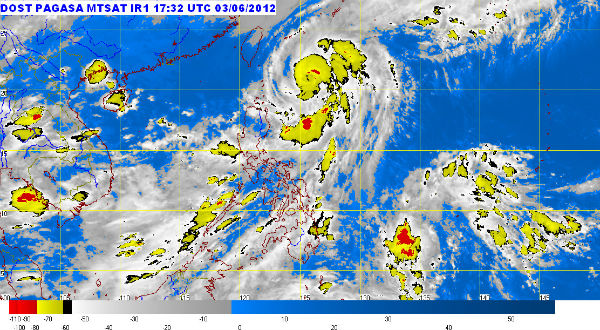 PAGASA administrator Nathaniel Servando said Mawar is expected to leave the Philippine area of responsibility and move to Japan tomorrow (June 4, 2012). PAGASA warned residents living in low-lying and mountainous areas under public storm warning signal number 1 against possible flashfloods and landslides. PAGASA said Mawar was expected to bring 20 to 30 millimeters per hour of rain (heavy rain) within its 400 km (249 miles) diameter. Mawar is expected to enhance the southwest monsoon that will bring rains over the whole country especially the western section. 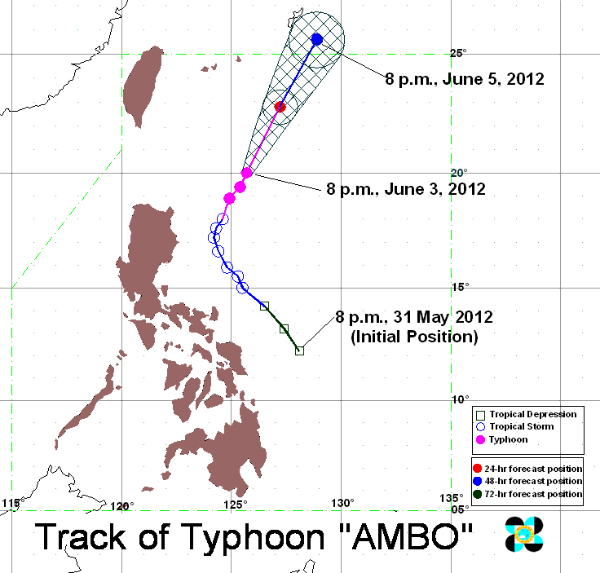 Sixteen persons were injured and five others reported missing as it lashed various parts of Luzon yesterday, disaster management officials said. The National Disaster Risk Reduction and Management Council (NDRRMC) reported that nine persons were injured in the Cordillera Administrative Region (CAR) while seven were hurt in Calabarzon.

Thirty-two fishermen were rescued in rough waters off the eastern island of Catanduanes on Saturday, hours after their boat ran out of fuel during the storm, local police said.

Some 36 domestic flights of Cebu Pacific and AiphilExpress to Legaspi, Naga and Caticlan were also canceled due to bad weather in the region. Meanwhile, two children drowned in Barangay Sagrada in Busuanga, Palawan as typhoon moved away from the country.

As of 5 p.m. local time yesterday (9:00 UTC, June 2, 2012), a new low-pressure area was spotted 1,190 kilometers east of Southern Mindanao as Ambo continued to move away from the country, the state weather bureau said. It is forecast to develop into a tropical depression by Wednesday and be named “Butsoy,” which is expected not to cross land and follow the same path as Mawar.