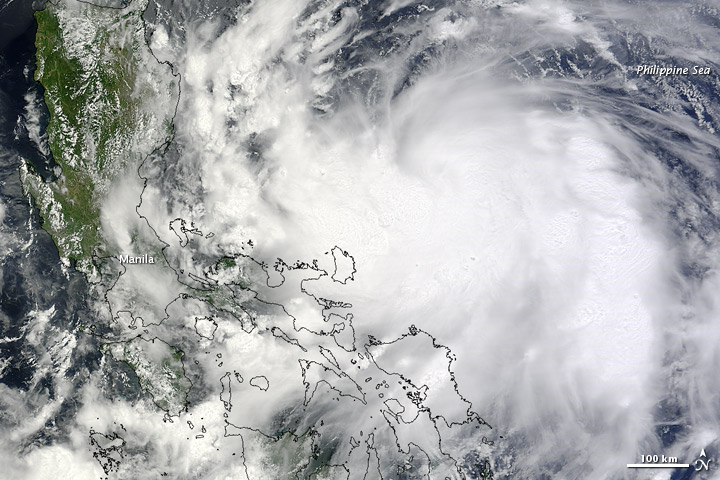 Thirty fishermen were missing and hundreds of travellers were stranded on Saturday after tropical storm Mawar (Ambo) dumped heavy rains across the Philippines, forcing flight and ship cancellations. The storm blanketed large parts of the main southern island of Luzon and central Visayas province with up to 25 millimetres (an inch) of rain an hour overnight, the state weather bureau said. 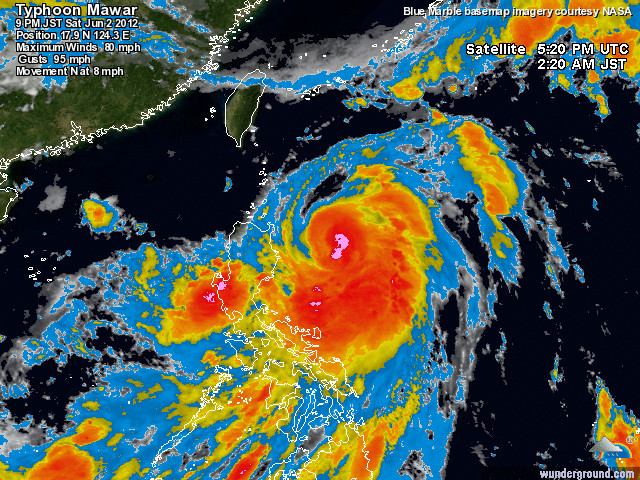 At least two domestic flights were cancelled while more than 500 people were stranded in ports after the coast guard prevented passenger ferries from sailing, disaster relief agencies said. “Thirty fishermen have also gone missing from the eastern-most island of Catanduanes after apparently getting caught at sea by the storm,” Benito Ramos, head of Manila’s Office of Civil Defense, said over local radio. He said search and rescue operations were underway, though the coast guard could not carry out an air search due to bad visibility. About 20 storms slam into the Philippines from the Pacific every year, causing heavy casualties and damage. Mawar is the first for 2012.

Initially a tropical depression, Mawar formed over the western Pacific Ocean on May 31, 2012, and strengthened to a tropical storm the following day. On June 1, 2012, the U.S. Navy’s Joint Typhoon Warning Center (JTWC) reported that Mawar was located approximately 245 nautical miles (455 kilometers) east-northeast of Manila, Philippines. The storm had maximum sustained winds of just 35 knots (65 kilometers per hour), but over the next 48 hours, Mawar’s wind speeds were forecast to increase to 80 knots (150 kilometers per hour) with gusts up to 100 knots (185 kilometers per hour).