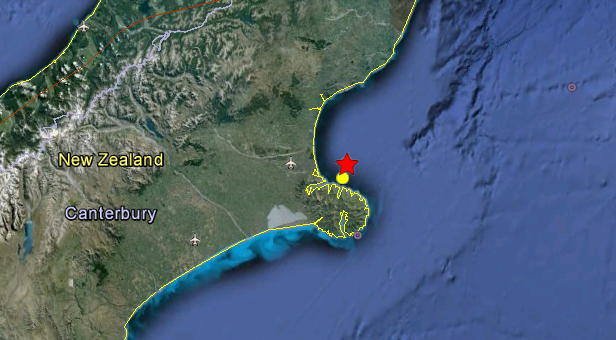 This is the largest earthquake that hit Christchurch in weeks.

There have been no immediate reports of damage in Christchurch, and no calls for assistance recorded by police and Fire Service.

St John said it had received no reports of injuries and there was no increase in emergency calls following this afternoon’s shake.

There have been some reports of people running from malls in Christchurch and New Brighton Library has been evacuated to check for damage, while Orion said its systems showed power had stayed on in the city through the quake.

Residents reported a violent jolt that rumbled on for several seconds.

The quake shook Christchurch District Courthouse from side to side in Durham St in the city. 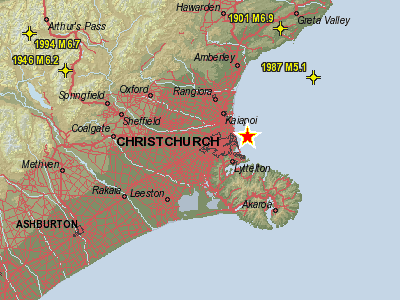 The central city red zone cordon has been evacuated, with up to 1000 rebuild workers and demolition contractors told to leave the danger zone.

Debris was reported falling from already quake-damaged buildings and more bricks reportedly came down off the crippled Christ Church Cathedral.

Cantabrians turned to social media to report their experiences on the latest shake – the 31st biggest since the earthquake sequence began in September 2010. Today’s quake was the first jolt above magnitude 5.0 since January 15.