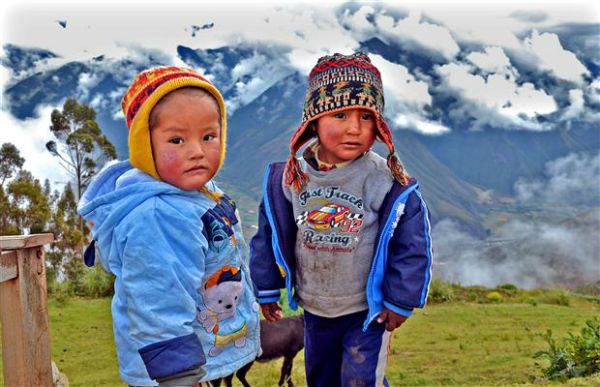 Nearly 100 children under the age of five died of pneumonia between January and April in Peru due to a cold wave that swept through the country’s Andean region, the Health Ministry said Wednesday. The ministry reported over 797,000 episodes of non-pneumonic acute respiratory infections in toddlers during the period, along with 9,286 cases of pneumonia. The total number of reported deaths from pneumonia stood at 94 from January 1 to April 28, health authorities said in a bulletin. Most of the deaths were in the southern and southeastern departments – the poorest in the country.

Temperatures there reached 10 degrees below zero Celsius (14 degrees Fahrenheit) in areas with elevations above 3,500 meters (11,480 feet). The World Health Organization says pneumonia is the leading cause of infant mortality worldwide, killing some 1.4 million children under five each year. (TerraDaily)

From April to July 2009, unusually cold weather resulted in the deaths of more than 250 children under the age of five.  In June, there were 50,000 suffering from acute respiratory infections, and 4,851 with pneumonia. Between mid April and mid June, 61 children perished. In July 2010, the Peruvian government declared a state of emergency in 16 of Peru’s 24 regions due to cold weather. The majority of the areas affected are in the south, where temperatures have dropped to as low as -24C. Lima recorded its lowest temperatures in 38 years at 9C, and emergency measures have been applied to several of its outlying districts. In the Amazon region temperatures dropped to as low as 9C, the fifth recorded cold spell this year. In the south, hundreds of people – nearly half of them very young children – are reported as having died of cold-related diseases such as pneumonia, and poor rural populations living at more than 3,000m above sea level being the most affected.

The climate of Peru is very diverse, with a large variety of climates and microclimates, including 28 of the 32 world climates. Such a diversity is chiefly conditioned by the presence of the Andes mountains and the cold Humboldt Current. The Andes mountains observe a cool-to-cold climate with rainy summers and very dry winters.