Throughout April and early May, 2012, Shiveluch has been in more-or-less constant eruption, effusing a steady flow of lava and intermittently expelling bursts of gases and ash. The Kamchatka Volcanic Eruption Team (KVERT) reported ash plumes rising to 17,800 ft (5.4 km) on May 1. 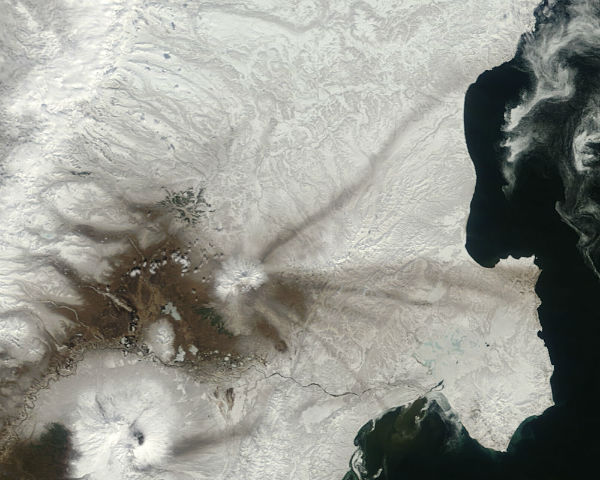 Such intense activity has left a mark on the landscape that is easily visible from space. In this true-color image bellow, captured by the Moderate Resolution Imaging Spectroradiometer (MODIS) aboard NASA’s Terra satellite on May 4, 2012, broad lines of brownish-gray ash cover the snow around Shiveluch. These shadows were created by plumes of ash as they were carried by the wind across the Kamchatka Peninsula. 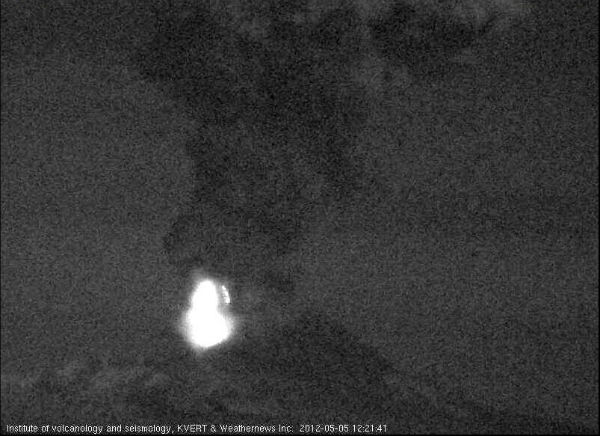