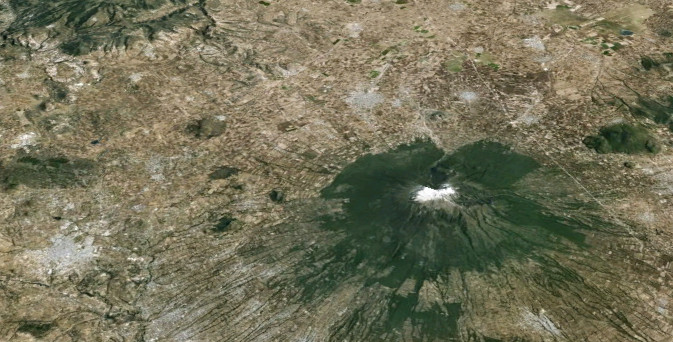 CENAPRED has raised the alert status of Popocatépetl volcano, Mexico, to the third highest level (5 out of 7) and considers the possibility of a major eruption.

The volcano continues to have elevated levels of seismicity, and produces frequent steam and ash emissions raising about 1 km above the crater.

Local authorities are preparing for potential evacuations. The last time evacuations were ordered on a large scale was in 2000 when over 50,000 people had to leave their homes.

The major hazards of a larger eruption would be ash falls, pyroclastic flows, lahars produced by mixing of water and tephra.

Popocatepetl had one of its largest eruptions this year on April, 16, 2012. An explosion produced an ash plume rising 2 km and caused ash fall, up to 7 cm thick, in over 30 communities near the volcano.

Strong incandescence can be seen at night from the summit, suggesting that fresh magma is arriving there building up a new lava dome.  12 km exclusion zone was declared around the volcano.