A moderate shallow earthquake meassuring magnitude 4.6 struck at only 33 km from the capital of Kenya, Nairoby on April 17 at 02:01 UTC.  The epicenter was located  16km (9 miles) NE from Limuru, 22km (13 miles) NNW from Kiambu and  33km (20 miles) NNW from Nairobi. The depth of the epicenter was at 10km (6,2 miles). The intensity of the shaking is not strong enough to inflict serious damage or injuries, but can cause some cracks in walls as the houses in Kenya are mostly made of brick or adobe and are this very vulnerable for damage when serious shaking is taking place. 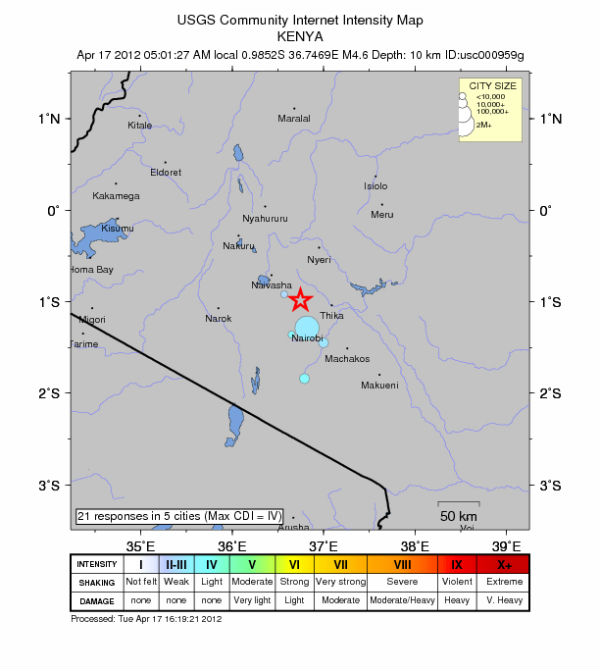 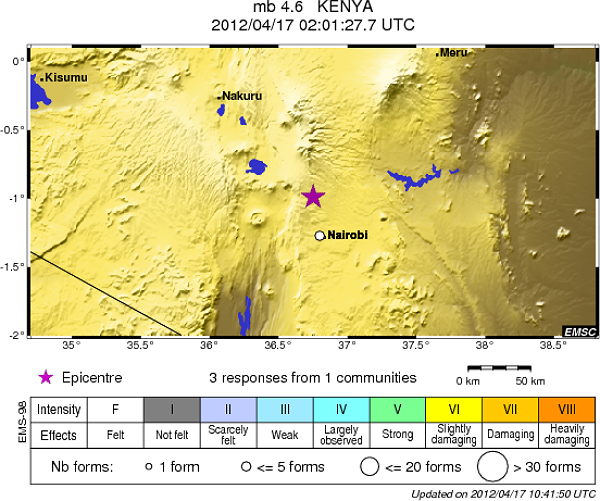 The epicenter was located below Ngenya and close to the  Thika Dam (36 km west from the dam).  The Thika dam is approx. 15 km from the shallow epicenter, but it should be no problem at all to withstand a moderate quake like the one from today.

The East African Rift is an active continental rift zone in eastern Africa that appears to be a developing divergent tectonic plate boundary (spreading plates) . In the past it was considered to be part of a larger Great Rift Valley that extended north to Turkey. The rift is a narrow zone in which the African Plate is in the process of splitting into two new tectonic plates called the Somali Plate and the Nubian Plate, which are subplates or protoplates. 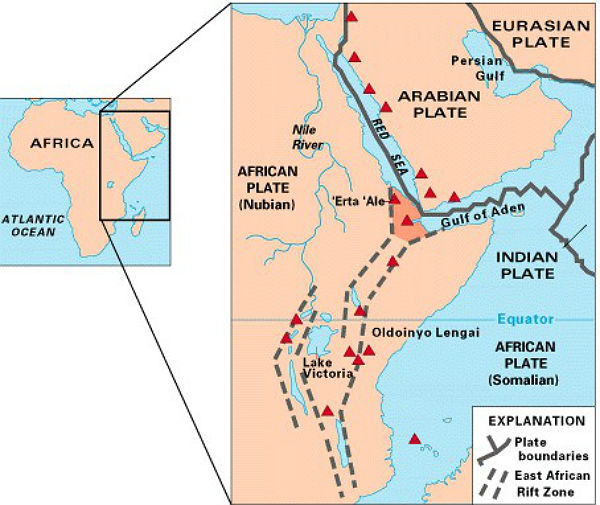 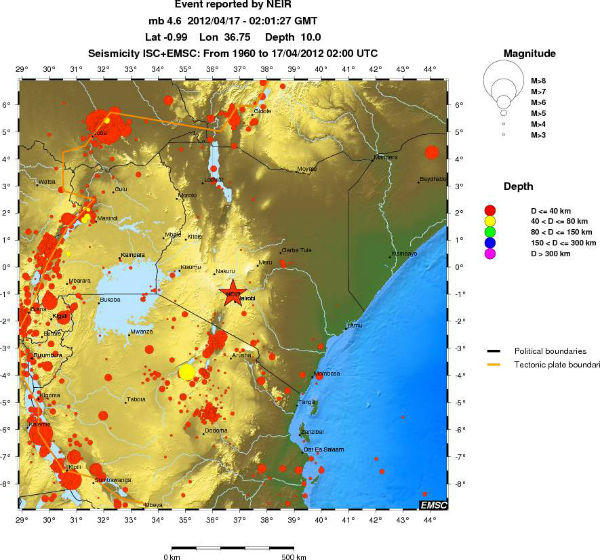 The earthquake can be called unusual so close to for Nairobi, but not unusual for Kenya as Kenya is part of the tectonics very active rift valley with spreading plates. These spreading plates are “hanging” on regular intervals and are even the reason for the many volcanoes the country has within its borders.