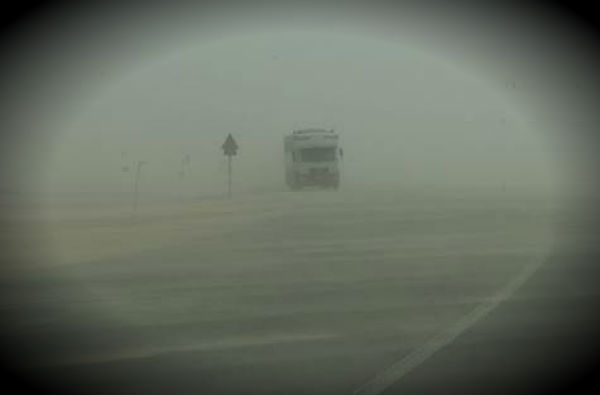 Gulf News reported that several meteorologists had characterized the late March dust activity in this region as a “super sandstorm” with effects reaching as far as Southeast Asia. The dust storm resulted from two different storms converging. The first front carried dust from Iraq and Kuwait, and the second front stirred dust in southeastern Iran. “For many it was the worst dust storm in recent years,” Gulf News said. The news report cited desertification in Iraq as a factor in the severe storm. (MODIS) 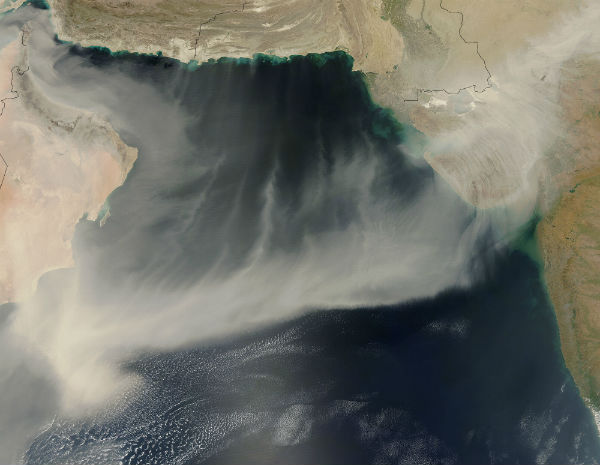 In this video bellow, residents deal with health problems caused by a new sandstorm that hit the UAE.

The storm causing low pressure moved eastward, reaching over southeastern Iran and kicking up dust and sand that engulfed the northern region of UAE, parts of Oman, and the western coastal areas of Pakistan up to Karachi and the central city of Sukkur.

“It is in fact a super sandstorm that has spread a layer of dust all over the GCC and parts of Southeast Asia,” said a forecaster.

A powerful sandstorm blowing over the Gulf has disrupted air traffic in Fujairah and Yemen, Saudi Arabia and Oman closed schools and sent hundreds of people to hospital with respiratory problems. The visibility dropped to less than 500 metres in the northern emirates forcing the Fujairah airport to shut down until conditions improved. Officials also warned of fog at night and early on Tuesday. Cold Shamal (north-westerly) winds have set the conditions for fog formation. A drop in the wind speed last night was expected to contribute to the condensation of water vapour in the air. Forecasters expect a rise in humidity at night and early in the morning. 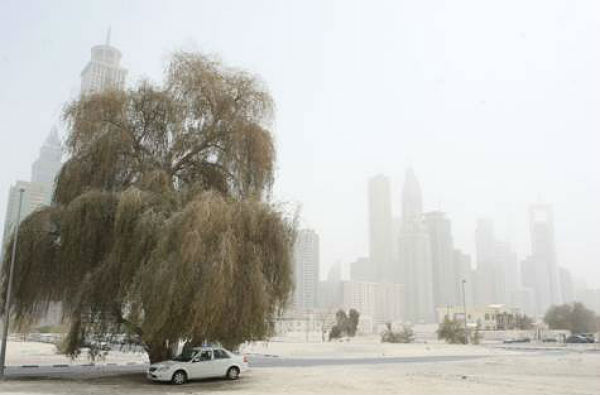 In Oman, a sandstorm warning until Wednesday prompted some schools to close early while social media was abuzz with speculation about the consequences of the bad weather. The sandstorm affected Muscat, Batinah region in north and Musandam. According to Met Department, the sand storm could continue for two more days. Oman has seen two tropical cyclones — Gonu, the first in 2007, caused extensive financial as well as material damage worth over one billion Omani riyals and nearly 50 people died. In 2010, another tropical cyclone Phet, landed in Oman causing widespread flooding and $780 million in material loss. Twentyfive people were officially reported dead. 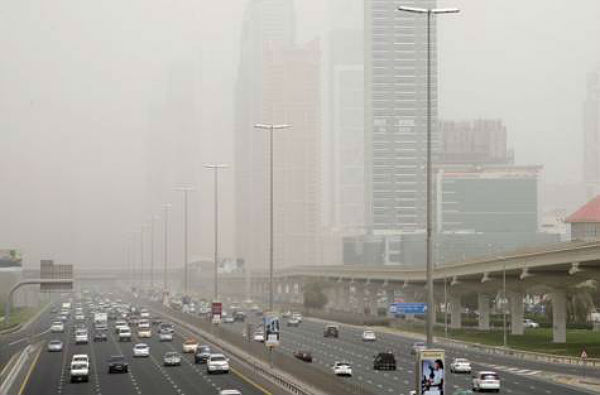 Dust is generally categorised as coarse, fine or very fine. Coarse dust generally only reaches the inside of the nose, mouth or throat. Fine dust can get much deeper into the sensitive regions of the respiratory tract and lungs. These smaller dust particles have a greater potential to cause serious harm to your health. Particles in dust storms tend to be coarse and do not pose a serious health threat to most people. But people with pre-existing breathing-related problems such as asthma and emphysema may be at risk.

The most common ailments during a duststorm are irritation of the eyes, nose and throat. The most vulnerable are infants and young children, the elderly and people with respiratory problems or heart disease. For these people, exposure to a duststorm may trigger allergic reactions and asthma attacks, cause serious breathing-related problems, or contribute to heart attacks. Prolonged exposure to dust can lead to chronic breathing and lung problems. 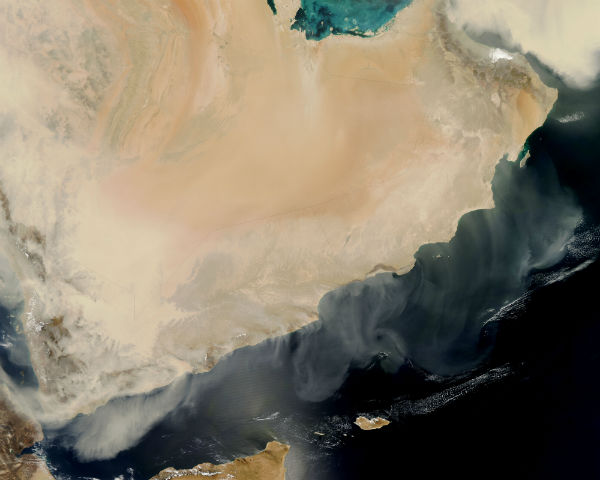 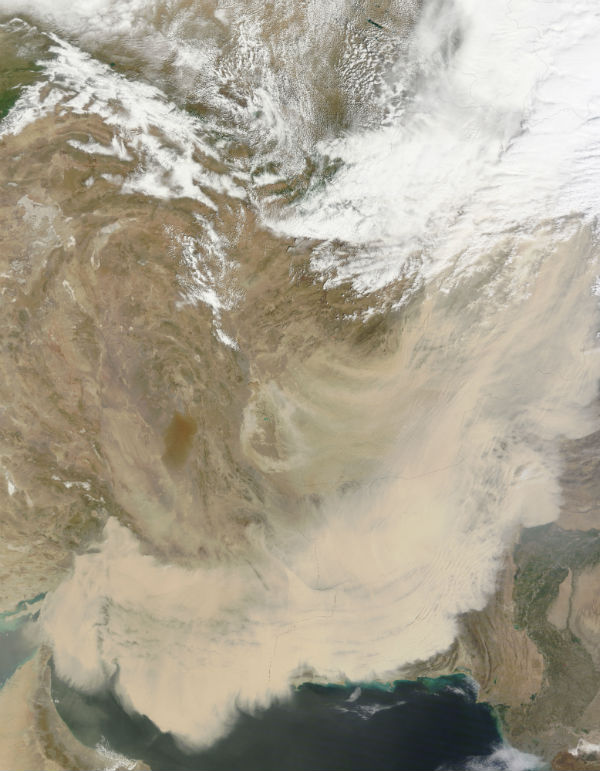 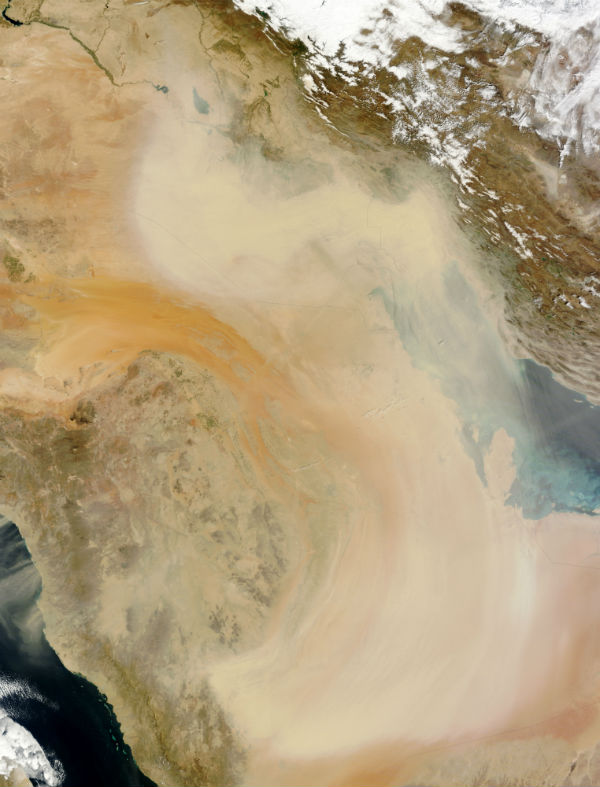 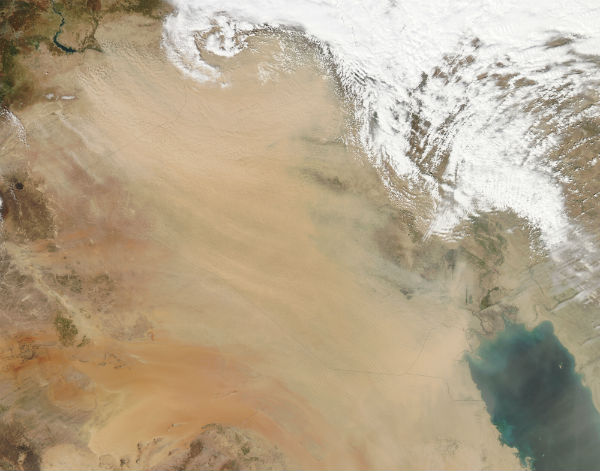