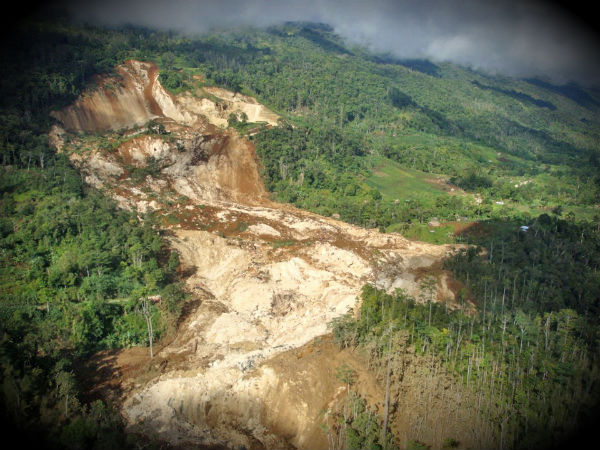 A landslide swept through two villages in Papua New Guinea on Tuesday, covering much of the settlements in mud and leaving up to 40 people missing. PNG is experiencing one of the worst wet seasons, which traditionally runs from December to May, ever, local authorities say. Heavy rain in recent weeks caused part of the mountain to collapse and come down. The slip is about 2km long and 500m wide. An aerial shot of the disaster showed mud and other debris extending for at least one kilometre (half a mile) across a forested area.

Rescue efforts are continuing in Papua New Guinea’s (PNG) gas-rich Hela Province, a day after what officials have described as one of the Pacific nation’s worst landslides ever. Dozens of people are feared dead, with local rescuers estimating many are still buried under the debris, after the landslide in Komo Maggarima District struck in the early hours of 24 January, catching many residents off guard. The landslide affected an area of more than 2km and spread along the Highland highway, which runs between the town of Tari and Mt Hagen. Workers, vehicles and machinery were buried, with debris estimated to be up to 15m high in some places. 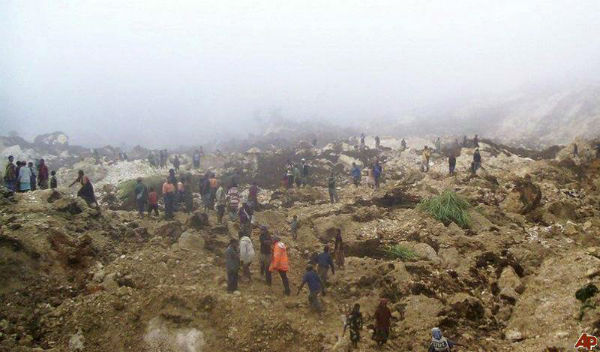 According to the UN Office for the Coordination of Humanitarian Affairs (OCHA), it is difficult to access the Hides area by road, thus necessitating air access to the affected area. Characterized by high terrain and precipitous slopes, the remote region in the Southern Highlands of Papua New Guinea is home to a controversial multi-billion dollar liquefied natural gas (LNG) project. ExxonMobil’s Aus$16 billion ($16.8 billion) LNG project is due to begin production in 2014 and will see PNG’s natural gas sold across Asia for the next 30 years. However, no direct link has been established between the landslide and the operational activities of the ExxonMobil project.