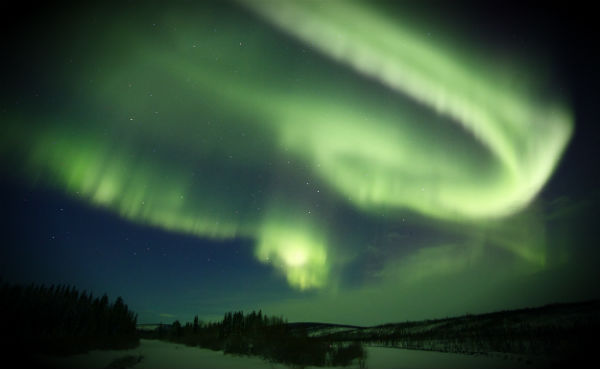 A solar wind stream is buffeting Earth’s magnetic field and this is causing geomagnetic storm. A coronal mass ejection (CME) The Coronal Mass Ejection (CME) reported on Jan 19, finally impacted our geomagnetic field with a glancing blow early this morning.hit Earth’s magnetic field at 06:17 UTC and at first the impact did not appear to be a strong one. The solar wind speed barely lifted itself to 400 km/s when the CME passed by. A dense and increasingly geoeffective solar wind stream is blowing around Earth, setting the stage for possible auroras on the night of Jan. 22nd. 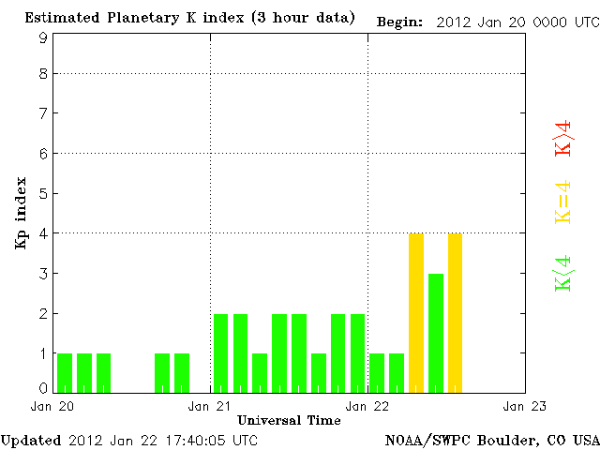 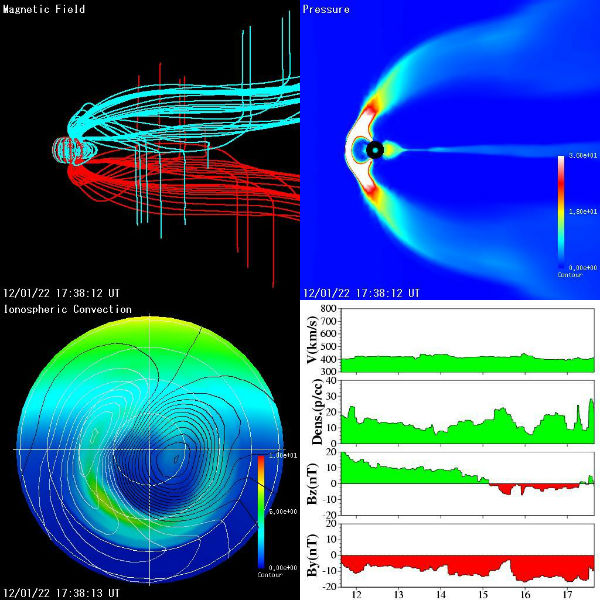 A surge of ground currents  signaled the CME’s arrival. The currents are primarily induced by changes in the outer part of the Earth’s magnetic field, which are usually caused by interactions between the solar wind and the magnetosphere or solar radiation effects on the ionosphere. Telluric currents flow in the surface layers of the Earth. These currents are known to have diurnal characteristics where in the general direction of flow is towards the sun.  During space weather events, electric currents in the magnetosphere and ionosphere experience large variations, which manifest also in the Earth’s magnetic field. These variations induce currents (GIC) in conductors operated on the surface of Earth. Electric transmission grids and buried pipelines are common examples of such conductor systems. GIC can cause problems, such as increased corrosion of pipeline steel and damaged high-voltage power transformers. GIC are one possible consequence of geomagnetic storms, which may also affect geophysical exploration surveys and oil and gas drilling operations.

Auroral activity will be high. Weather permitting, highly active auroral displays will be visible overhead from Winnipeg, Canada, Sundsvall, Sweden and Arkhangelsk, Russia, and visible low on the horizon from Seattle, Edinburgh and Magadan, Russia.

Sunspot 1401 produced C-Class flares early on Sunday morning, including a C7.1 event at 02:57 UTC. New Sunspots 1408 and 1409 were numbered on Saturday, however both are stable. 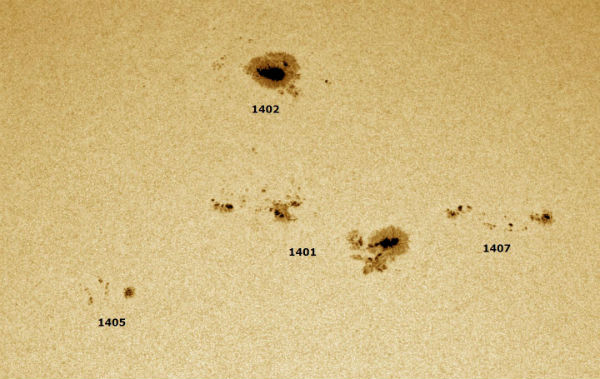 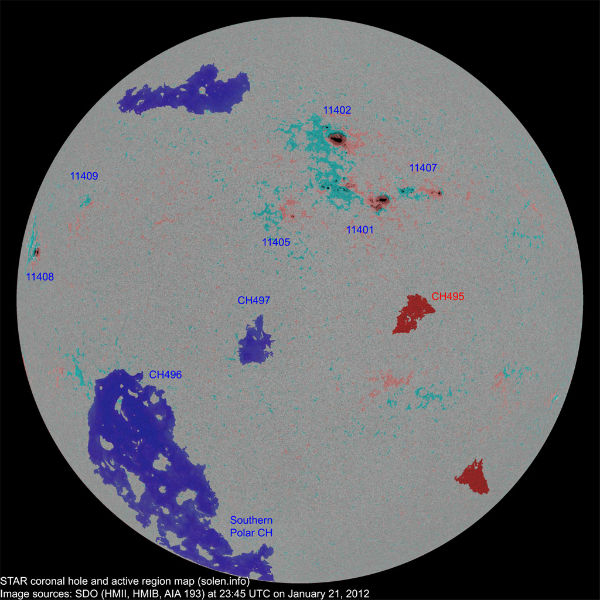