Tropical Cyclone Heidi  targets the  northwestern Australia with potentially damaging winds and flooding rain.  The  landfall is expected  in area near Port Hedland and Karratha at Pilbara coast. The storm will disrupt shipping and port activity through the Pilbara coast and also  offshore oil and gas infrastructure could be  affected.

Bureau of Meteorology of Australian Goverment reports that Tropical Cyclone Heidi has intensified into a category 1 system. Gales are currently being observed at Bedout Island. The system is moving south into a region of increased shear and it  should maintain current intensity until Wednesday afternoon when it moves into even higher shear and starts to weaken before crossing the Pilbara coast. The BoM have posted a Tropical Cyclone Warning for the Pilbara coast from Sandfire Roadhouse to Dampier. Winds to 100 km/h (about 60 mph) beginning early Wednesday in coastal areas are expected as well as rainfall above 100 mm (4 inches) across the central and eastern Pilbara. 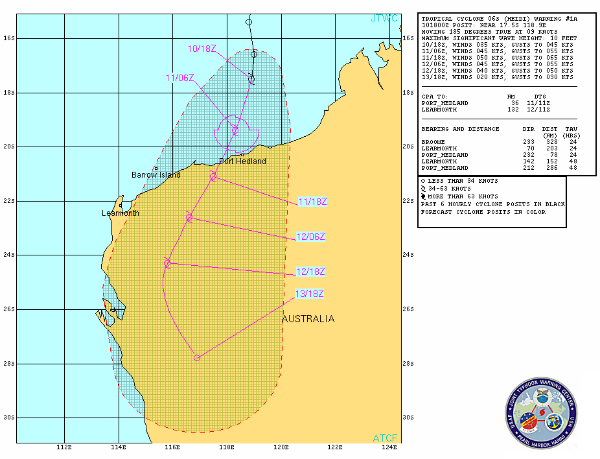 As of early Wednesday morning, local time, the center of T.C. Heidi was located over the Indian Ocean about 185 miles north of Port Hedland, Western Australia. The system was moving  toward the south at speed of 12 mph. Joint Typhoon Warning Center reported that the winds have increased to at least 35 knots with central pressure near 996 mb. Sea surface temperatures are between 29-30 degrees Celsius. TC 06S will continue to track south-south westward over the next 48 hours. JTWC expects landfall in the next 18 to 24 hours with a slow weakening. It predicts maximum wave heights of 10 feet. 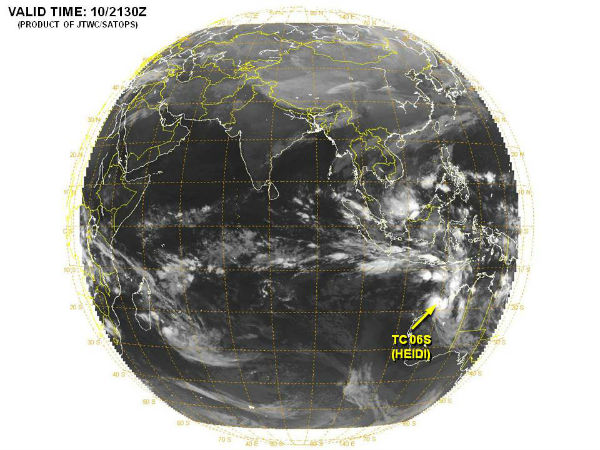 The Colorado State University (CSU) Tropical Meteorology Project expects above-average 2020 Atlantic hurricane season, with 16 named storms, 8 hurricanes, and 4 major hurricanes. The forecast is based on more than 30 years of statistical factors, as well as data...

A massive sandstorm blanketed the city of Baicheng in Jilin Province, Northeast China, on April 3, 2020. The phenomenon is locally known as a "black storm". Waves of dust were swept up by gale-force winds of 63 to 74 km/h (39 to 46 mph). In one footage, a...

Category 5 Severe Tropical Cyclone "Harold" continues to move southeast over the Coral Sea after making landfall over Vanuatu's Espiritu Santo Island at around 00:00 UTC (11:00 LT) and Pentecost at around 07:10 UTC on April 6, 2020, with maximum...