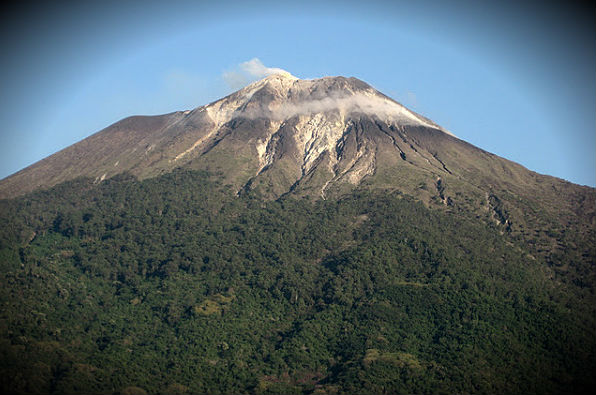 Hundreds of people living near the Lewotolo volcano in the Indonesian province of East Nusa Tenggara were evacuated on Thursday due to its increased volcanic activity.

CVGHM reported that white plumes rose 50 – 250 m above the summit of Lewotolo during the month of December. Seismicity increased on December 31 and intensified on  January 2, the same day incandescence was observed. Based on visual and seismic observations, CVGHM raised the Alert Level from 1 to 2 (on a scale of 1-4) on January 2, then later that day raised the Alert Level to 3. The center uses a warning system with four levels of alerts, with level 1 being the lowest and level 4 being the highest.

Black smoke columns are coming out now of the mountain's crater filling the air with the smell of sulfur. Rumbling sounds are heard around the mountain. Ten villages are likely to be affected and suffer material losses if the volcano erupts. Lewotolo volcano is located in the Ile Lewotolo Lembata District, East Nusa Tenggara province (08 ° 16'15 "latitude and 123 ° 30'18" E ) with an altitude of 1 455 meters above sea level. The last eruption occurred in 1920 (VEI 2).

Indonesia has currently 7 volcanoes in Siaga Alert level (3 on scale of 4): Ile Lewotolo, Ijen, Gamalama, Papandayan, Karangetang, Lokon and Krakatau. Siaga means that people have to stay away from the crater and that authorities have to take precautionary measures to evacuate people if necessary. The biggest dangers lie in an eruption of Ijen, which has over 9 000 people living close to the volcano. 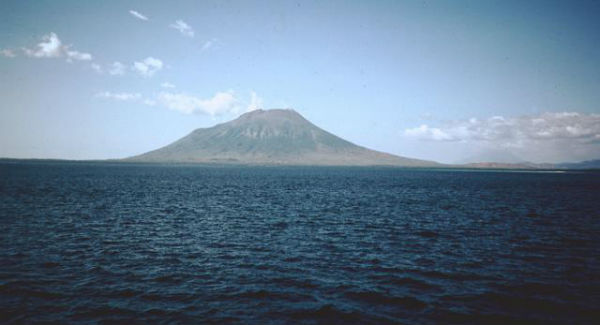 Anchoring the eastern end of an elongated peninsula that is connected to Lembata (formerly Lomblen) Island by a narrow isthmus and extends northward into the Flores Sea, Lewotolo rises to 1 423 m. Lewotolo is a symmetrical stratovolcano as viewed from the north and east. A small cone with a 130-m-wide crater constructed at the SE side of a larger crater forms the volcano's high point. Many lava flows have reached the coastline. Historical eruptions, recorded since 1660, have consisted of explosive activity from the summit crater. (GVP)