After eight years of rest with little to no seismic activity, Indonesia's Lewotolo volcano (locally Ili Lewotolok) erupted late Thursday, November 26, 2020, sending an ash plume up to 500 m (1 640 feet) above the summit.

A continuing phase of large ash emissions with a small amount of steam and gas has been recorded by the volcanological survey of Indonesia (PVMBG) starting at 22:57 UTC on November 26 (05:57 LT on November 27).

The volcano spewed a dense gray-black ash plume 500 m (1 640 feet) above the summit, which drifted westward. The Alert Status remains at Level II.

The seismic station in the area registered increasing activity with 11 volcanic-tectonic earthquakes, including periods of high amplitude quake.

In a bulletin issued Friday, the PVMBG said Lewotolo has the potential for subsequent eruptions, considering the current seismic and visual data.

"The eruption is still ongoing and continuously spews thick black smoke," the head of the agency noted. 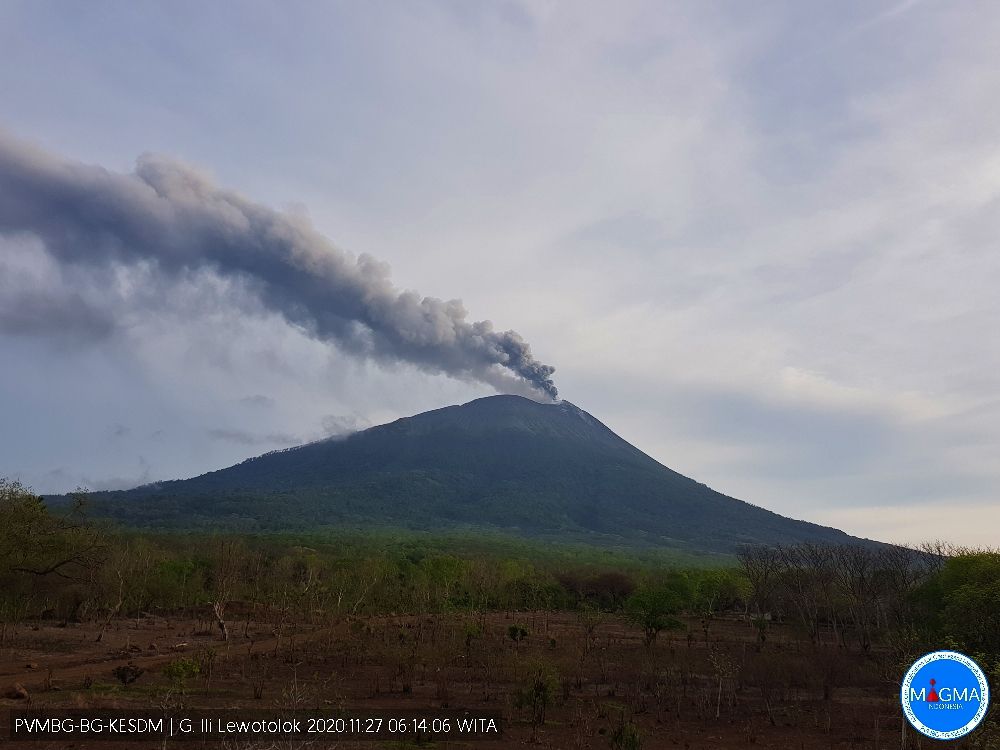 The agency warned of potential hazards, including incandescent rocks and heavy ash rain within a radius of 2 km (1.2 miles) from the summit. Ash rain is likely to reach farther areas, depending on wind direction and speed.

PVMBG also warned of a potential avalanche of weathered material from the top of the volcano, as well as the spread of hazardous volcanic gases on the peak. Activities in the danger zone in the crater area has been prohibited.

Lewotolo's last eruption occurred in January 2012, when the volcano produced thick, white plumes that rose up to 250 m (820 feet) above the summit.

Since that episode, no further activity has been observed, except for several thermal anomalies from September to October 2015.