Explosive activity continues at the Indonesian Lewotolo volcano on Monday, November 30, 2020, after a major eruption on Sunday sent ash up to 15.2 km (50 000 feet) a.s.l. The Aviation Color Code was raised to Red following the eruption and Alert Status raised to 3 of 4. Lewotolo is located on Lembata island of East Nusa Tenggara province.

There were no reports of injuries or damage after a major eruption on Sunday but authorities confirmed nearly 2 800 people from 28 villages on the slopes of the volcano were evacuated and nearby Wunopitu airport temporarily closed after ashfall was reported in many areas on the island.

The Disaster Mitigation Agency is urging villagers and tourists to stay 4 kilometers (2.4 miles) away from the crater and be aware of potential threats as the area near the volcano is likely to be inundated with pyroclastic flows, lava, and poisonous gases.

Considering the potential danger of volcanic ash that can cause acute respiratory problems and other health issues, the people around the volcano should prepare nose and mouth masks and other protective equipment for eyes and skin.

Eruption at the volcano continued into Monday, November 30, although with much less intensity.

Fires were also observed around the crater. 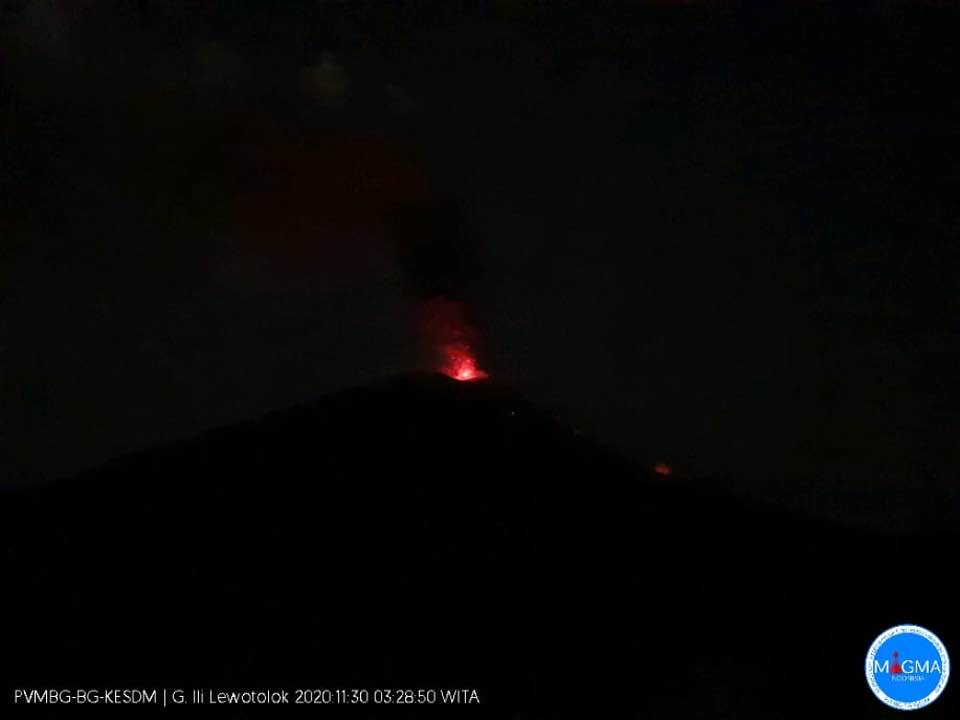 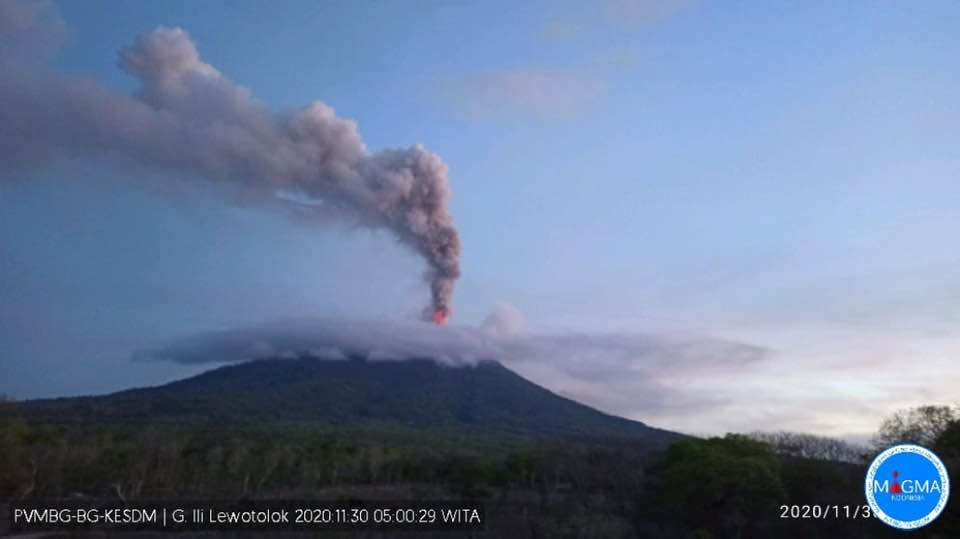 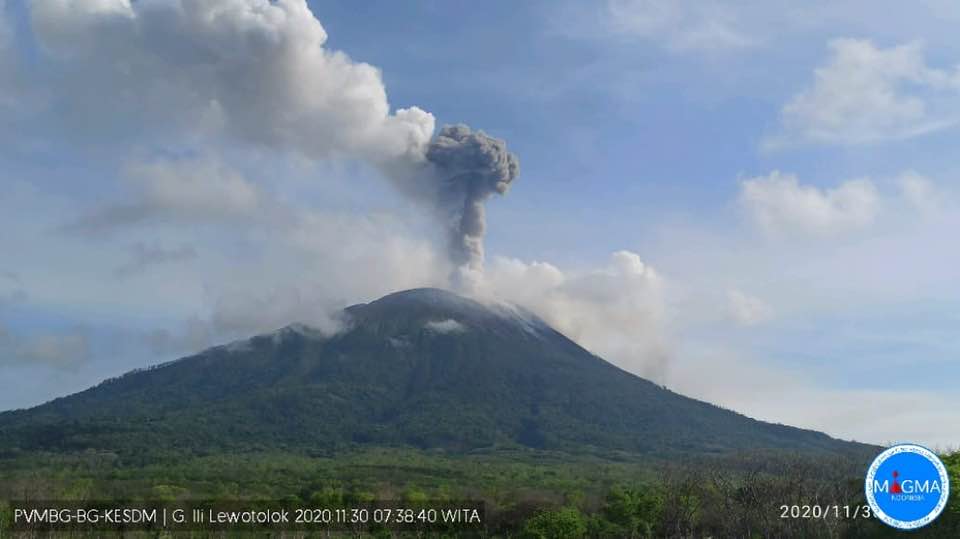 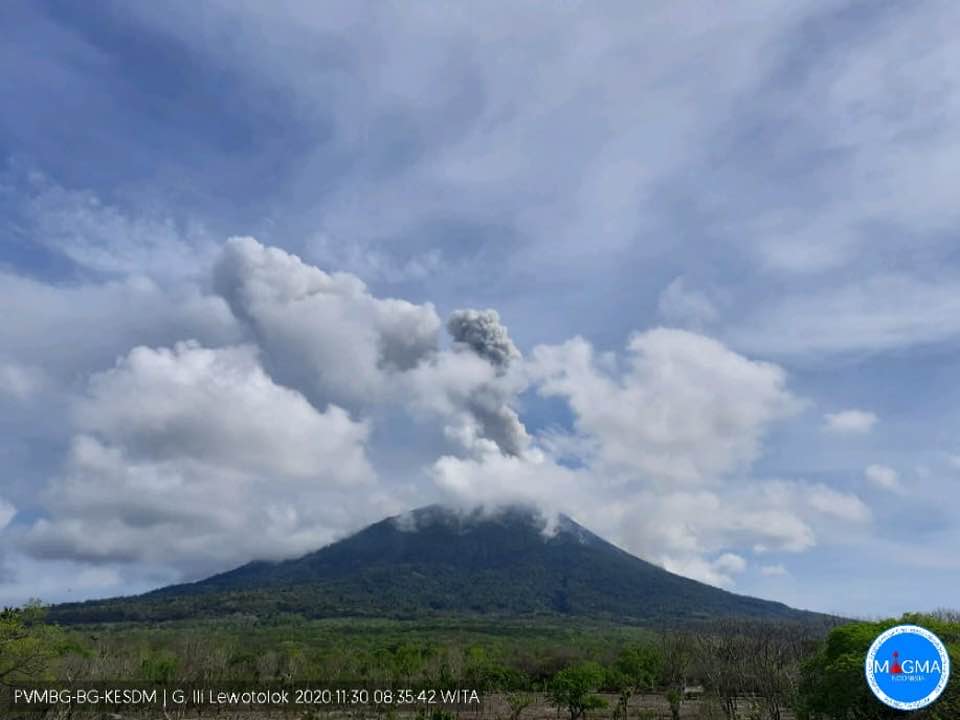 The eruption was recorded on a seismograph with a maximum amplitude of 35 mm and a duration of 600 seconds. 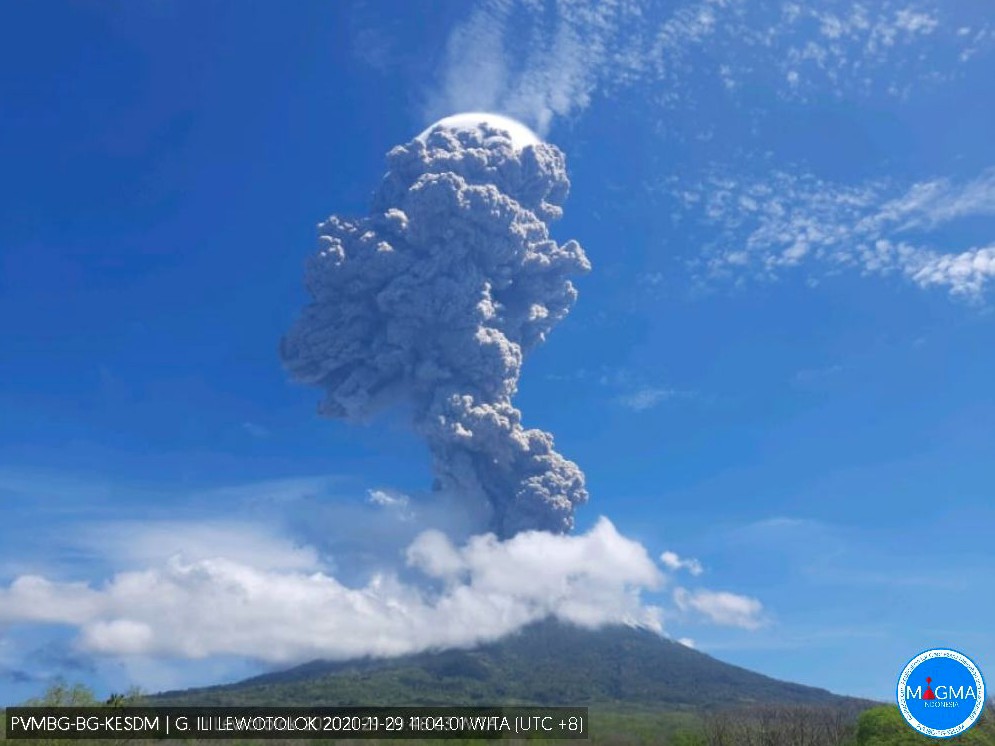 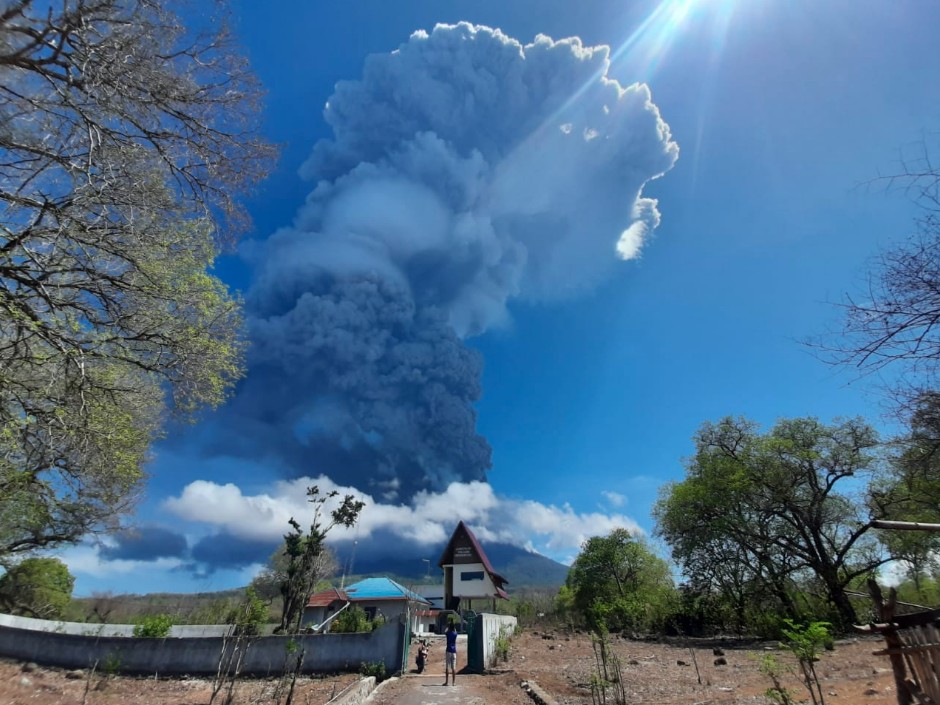 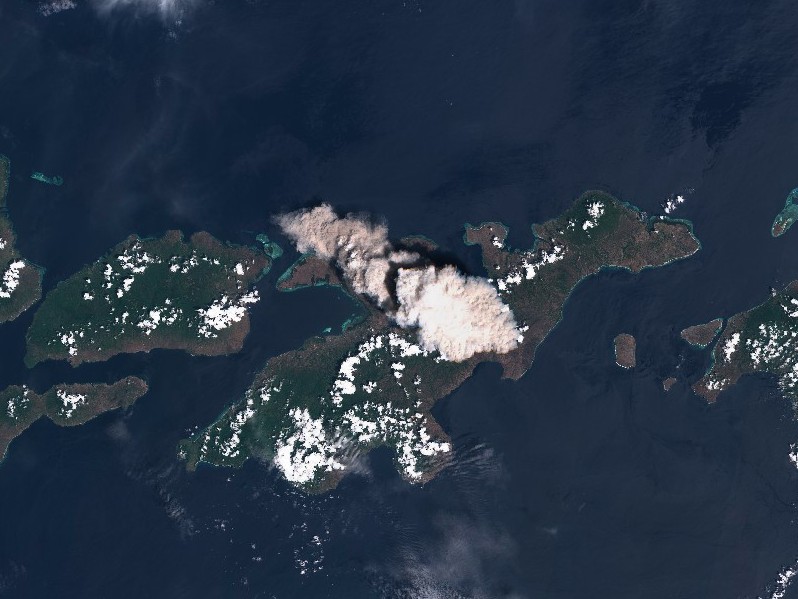 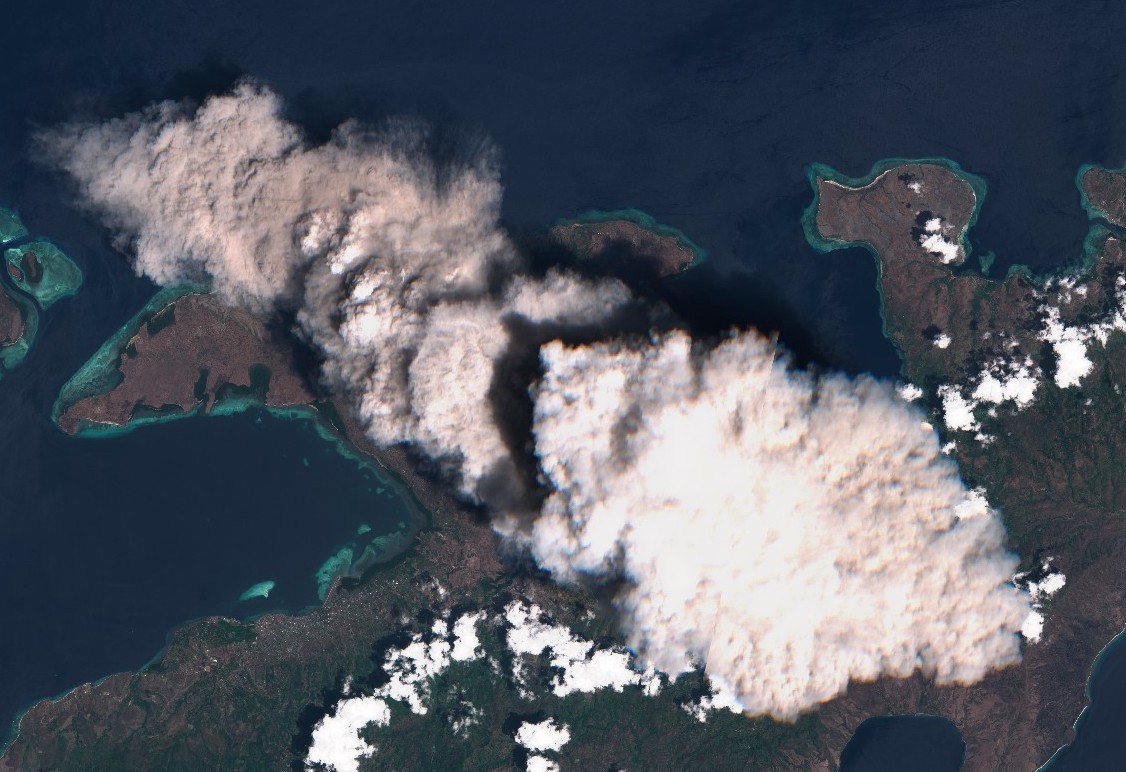