A cyclone warning is current for remote communities north and east of Darwin as a tropical low develops off the Top End coast. The weather bureau expects a category one cyclone to form later today, before intensifying into a category two system on Christmas Day.

A cyclone warning is current from Cape Don to Milingimbi and the Tiwi Islands. A cyclone watch is in place from Dundee Beach to Cape Don, including Darwin, and Milingimbi to Nhulunbuy. It is predicting a tropical low off the Top End coast will develop into a category one cyclone around 4:00am ACST, strengthening into a category two system by 10:00pm. Gusts of up to 110 kilometres per hour are expected to lash the Territory coastline including the Tiwi Islands. The cyclone is likely to make landfall around Point Stuart, 200 kilometres from Darwin, on Monday. 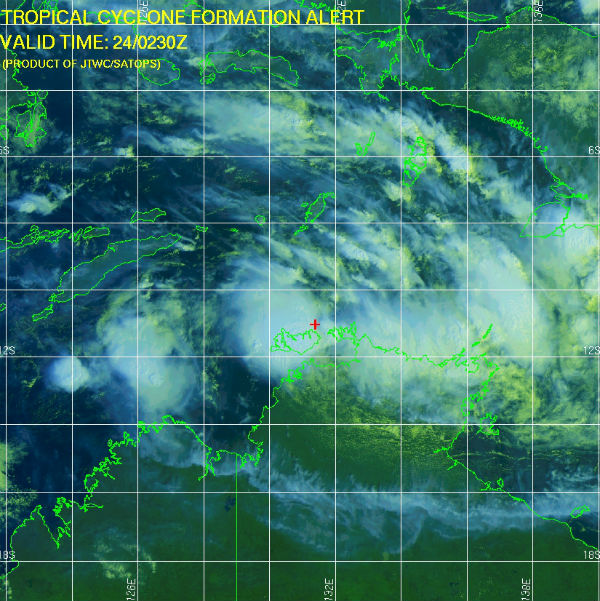 In the meantime, residents are watching and waiting to see what path the cyclone will take. The Top End has been preparing for a cyclone to form off the Northern Territory coast all week. Meteorologist Michael Foley says the low is likely to develop into a cyclone this afternoon and bear down on areas around the Tiwi islands, Coburg Peninsula, Croker Island and Maningrida. 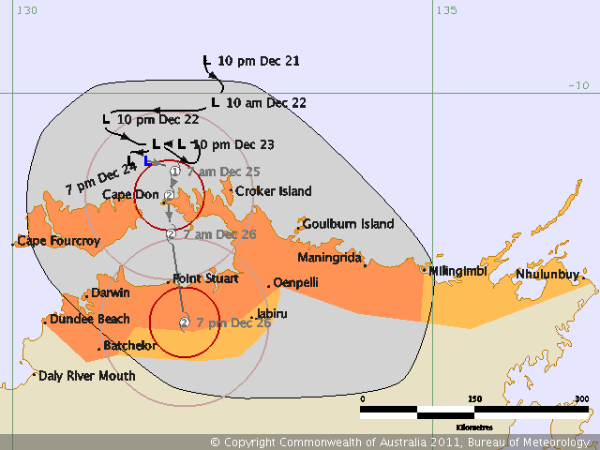