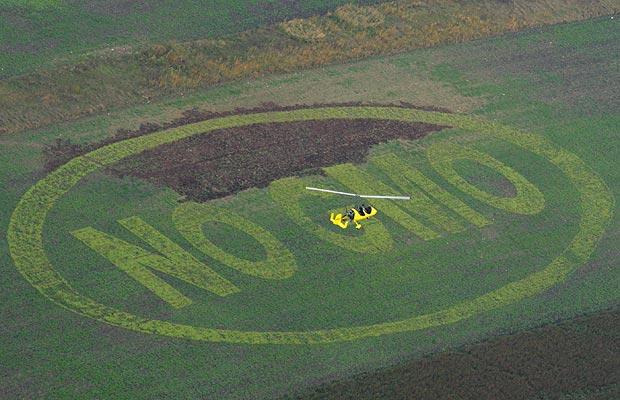 It is sometimes easy to forget that people from nations all over the world, and not just from here in the US, are having to fight against the forces of evil that seek to overtake their agricultural systems in favor of genetically-modified organisms (GMOs). And citizens of Poland, a country where GMOs are not currently cultivated, are no different, as they recently took a nationwide stand against GMOs during their recent Festival of Nature and Culture.

The festival, which took place from December 8 – 11, featured various events and concerts across the country that highlighted both the importance of clean food and the dangers of GMOs. From the streets of the bustling capital city of Warsaw to a public library in the small town of Kluckzbork — and everywhere in between — Poles declared their independence from a corporate food system that is based on lies and deception. You can view the festival’s website at the following link: (http://www.festiwalstopgmo.pl/).

However, most readers will need to translate the website from Polish into English using a program like Google Translate: (http://translate.google.com/transla…).

In the Polish city of Poznan, for example, pro-clean food advocates organized a lecture about the importance of food, which included information about how GMOs can cause allergic reactions. NaturalNews has covered this before as well, including a piece from 2008 that talked about how, in addition to allergies, GMOs can reduce fertility and cause autoimmune problems (http://www.naturalnews.com/025001.html).

In the capital city of Warsaw, marchers protested through the streets with a message of, “The Poles are saying Stop GM crops – GM STOP!” Various other events were also held in Warsaw throughout the weekend, including talks by professors, doctors, and health freedom advocates about GMOs and how to deal with external pressures that are trying to force the country to adopt them.

In Krakow, the Miracle Bookstore and Cafe Albotak featured films from the series “Foreign Gene.” This series answers questions about who is trying to push GMOs on Poland and eliminate food freedom, as well as explains how companies like Monsanto are putting profits over people in their quest to dominate the world’s food supply.

These are just a few of the dozens of GMO-truth events that took place, but they illustrate how Poles — and people all around the world, for that matter — are waking up to the truth and beginning to fight back against the global biopiracy scam that is GMOs. After all, GMOs provide no benefits for agriculture or human health — they only enrich companies like Monsanto, rather than the people, with power and control over the world’s food supply.