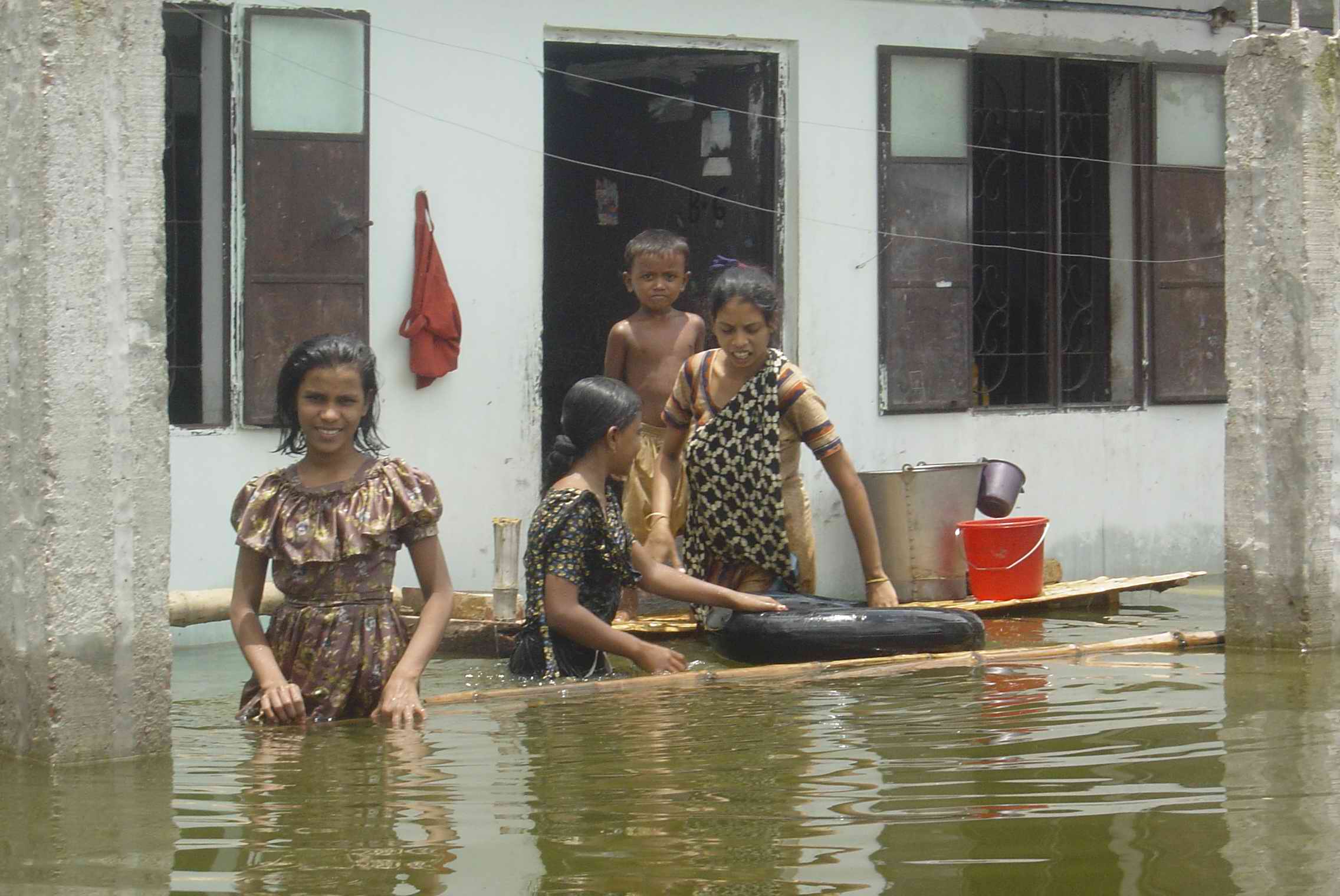 A flash flood in central Myanmar on Friday left dozens of people missing as homes along a river bank were swept away, government officials in the military-dominated country said. A monk in Pakokku said the water was believed to have risen to about 3m high.

Southeast Asia has been battered by particularly severe monsoon rains this year. According to the United Nations, more than 700 people have been killed across Thailand, Cambodia, Vietnam, Laos and the Philippines, and eight million have been affected. Thailand has been particularly severely hit, with more than 300 people dead and Bangkok on alert for flooding. (News24)

By 11 a.m. EDT on Oct. 19, Tropical Cyclone 02B had made landfall in extreme southwestern Bangladesh, about 60 nautical miles south-southeast of Chittagong, Bangladesh, near 21.7 North and 92.3 East. Chittagong is a city of over 4.5 million people located in southeastern Bangladesh on the banks of the Karnaphuli River. It is also Bangladesh’s busiest seaport. Tropical Cyclone 02B had maximum sustained winds near 35 knots (40 mph) and continued to move further inland after landfall. Shortly afterwards, TC02B began to quickly weaken. 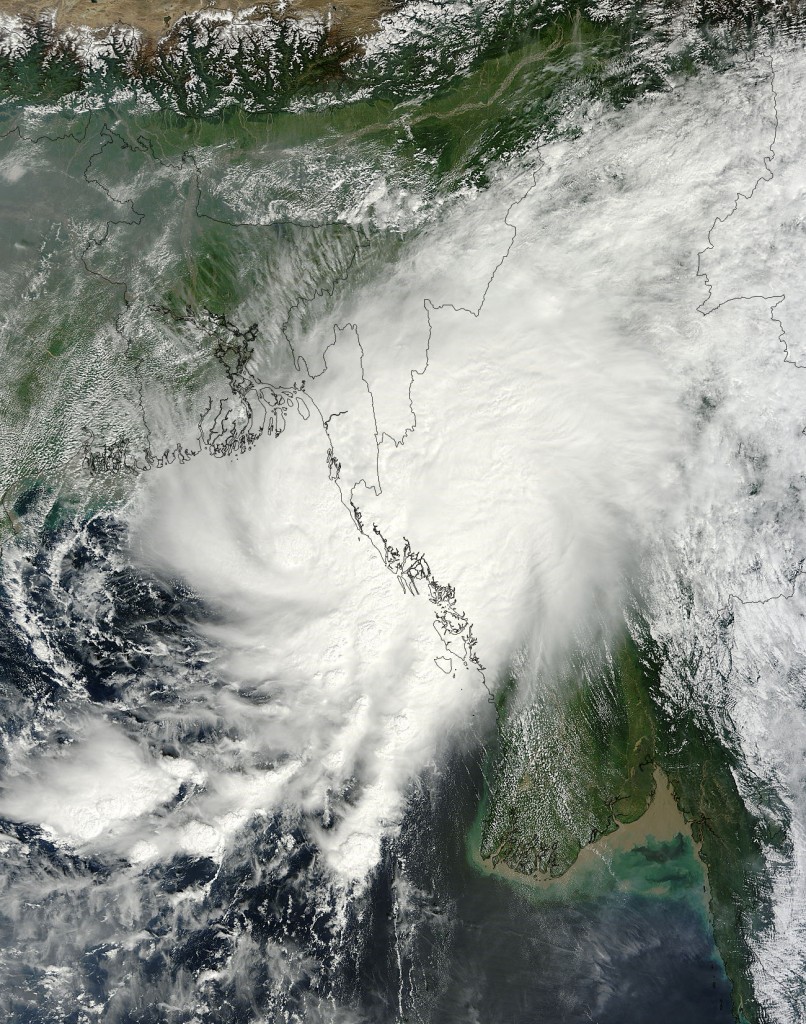 On October 20, 2011, the India Meteorological Department reported that the storm had weakened to a low pressure area over Myanmar and adjoining Bangladesh, Mizoram and the northeast Bay of Bengal. Broken clouds overlying the air continue to bring rains to the region.

The Irrawaddy reports that at least 147 people have been killed and hundreds of people are missing in the wake of a flash flood in central Burma on Thursday. At least 300 households were carried away by the heavy flow of water, and around 15,00 victims have sought shelter in nearby Buddhist monasteries. The deadly disaster comes after an area of low pressure crossed between Burma and Bangladesh over the last two days. 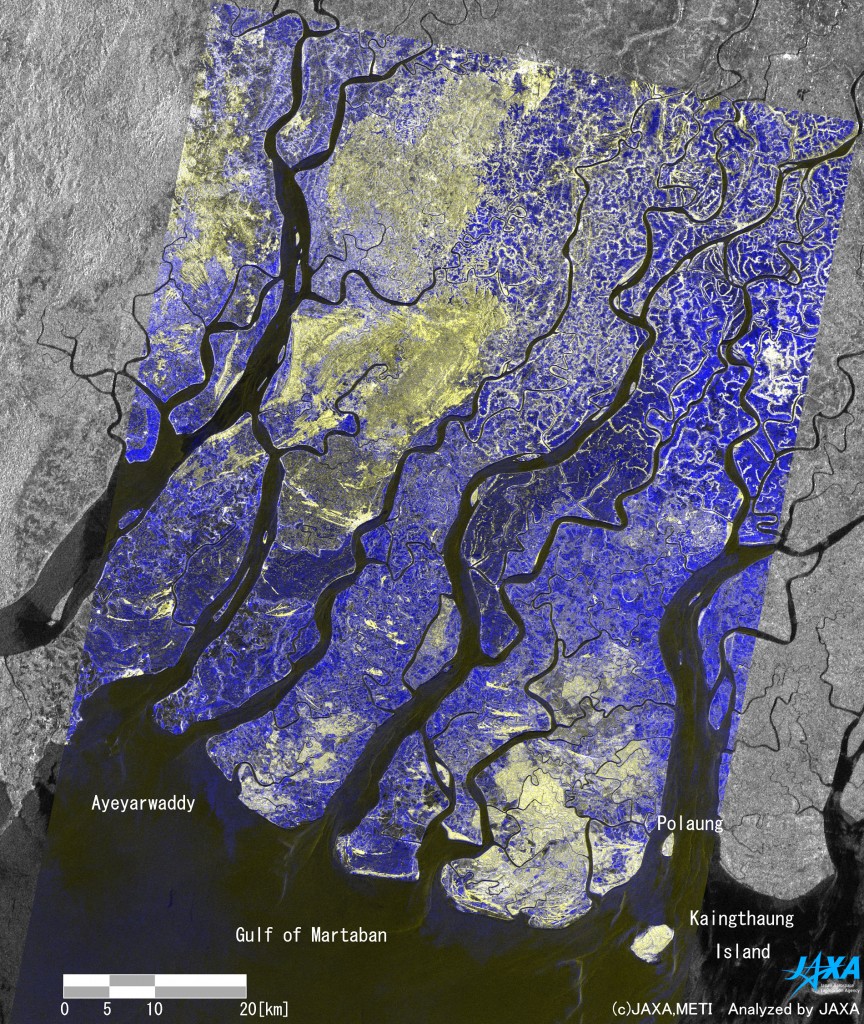 Eleven Weekly journal reports that at least 147 people were killed and around 400 families were left homeless in the disaster caused by torrential rains in the town of Pakokku in Magwe Division.

The moderate cyclone over the Bay of Bengal has now moved moved northeast and now lies as a low pressure area near border of India-Burma, according to a weather forecast announced by the Burmese state-run media. On October 23, 2010, Cyclone Giri hit the Arakanese coast, killing 46 people. About 200,000 people were displaced, according to figures compiled by U.N. organizations.

October is the high-storm season in Burma, with about 50 per cent of the tropical storms.