San Pedro de Jujuy is the second most populated city of the Jujuy province and is located approx. 60 km from the epicenter. People in the quake area have reported that the shaking lasted for about 10 seconds.

The earthquake was also felt in Asuncion, Paraguay, and in the southern part of Bolivia. 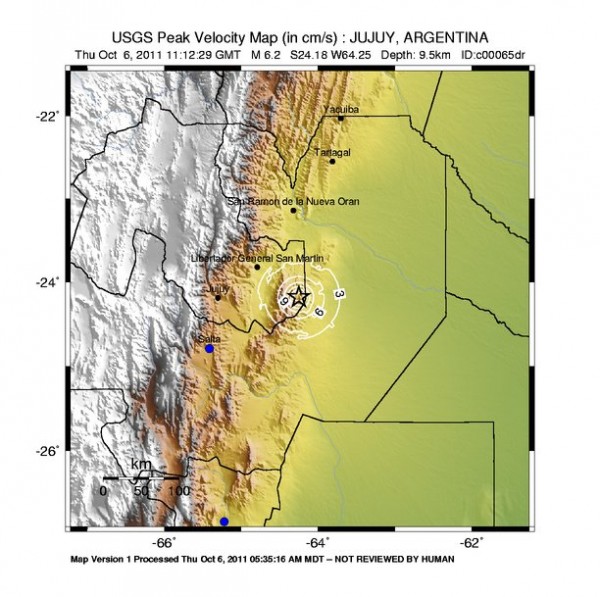