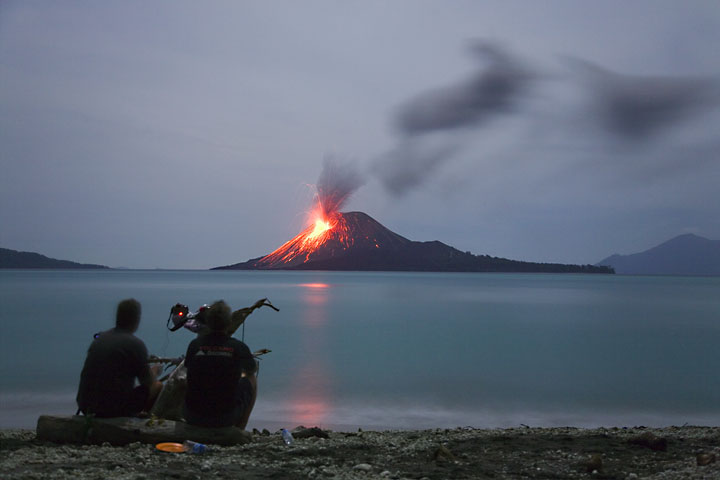 Indonesian officials have raised the status of one of its most dangerous volcanoes, Anak Krakatau, to a “standby” or level IV – the highest level.

The Center for Volcanology and Geological Hazard Mitigation (PVMBG) said this is a rise in status that was set on Friday, September 30, 2011. The reason for the elevated status is because of the high-intensity level of earthquakes. On October 2, 2011, from 00:00 until 12:00, there were 2745 recorded seismic events. Earthquakes under Mount Anak Krakatau, were even felt all along the island of Anak Krakatau. (VivaNews)

The island group of Krakatoa (or Krakatau) lies in the Sunda Strait between Java and Sumatra.  Krakatoa is infamous for its violent Plinian eruption in 1883, that destroyed the previous volcanic edifice and enlarged its caldera.

Collapse of the former volcanic edifice, perhaps in 416 AD, had formed a 7-km-wide caldera.  Remnants of this ancestral volcano are preserved in Verlaten and Lang Islands; subsequently Rakata, Danan and Perbuwatan volcanoes were formed, coalescing to create the pre-1883 Krakatoa island.  Caldera collapse during the catastrophic 1883 eruption destroyed Danan and Perbuwatan volcanoes, and left only a remnant of Rakata volcano. 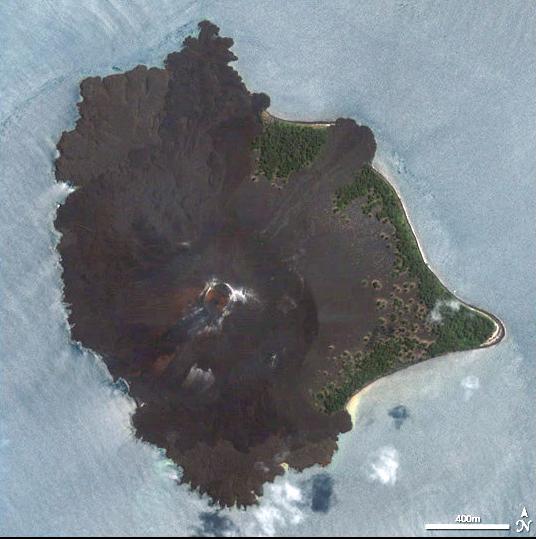 This eruption, the 2nd largest in Indonesia during historical time (the most violent being the eruption of Tambora in 1815), caused more than 36,000 fatalities, most as a result of devastating tsunamis that swept the adjacent coastlines of Sumatra and Java. Pyroclastic surges traveled 40 km across the Sunda Strait and reached the Sumatra coast. After a quiescence of less than a half century, the post-collapse cone of Anak Krakatoa ("Child of Krakatoa") was constructed within the 1883 caldera at a point between the former cones of Danan and Perbuwatan. Anak Krakatau has been the site of frequent eruptions since 1927. (GVP)