Ophelia was strengthening into a hurricane when the Moderate Resolution Imaging Spectroradiometer (MODIS) on NASA’s Terra satellite captured this natural-color image on September 29, 2011. MODIS acquired this image at 10:40 a.m. Atlantic Standard Time (AST). Twenty minutes later, the U.S. National Hurricane Center (NHC) reported that Ophelia had winds of 70 miles (110 kilometers) per hour, and was headed north-northwest. 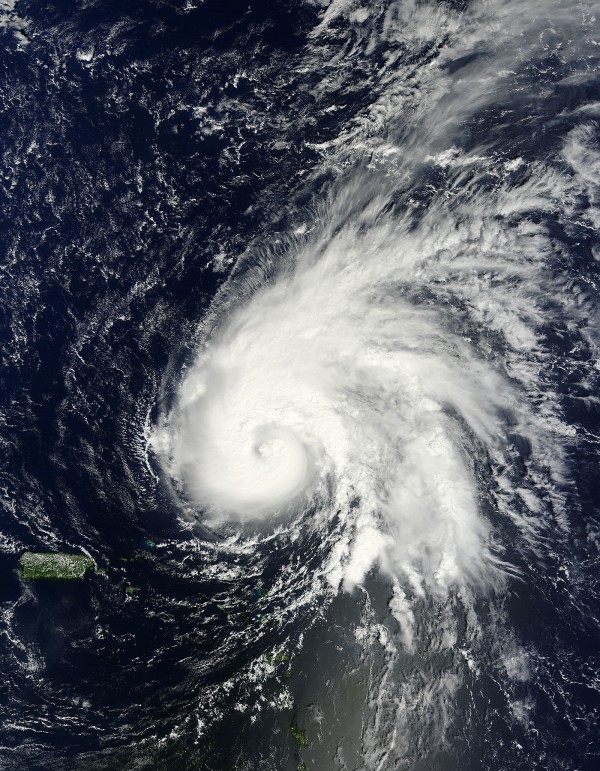 The NHC forecast steady weakening; however Ophelia is expected to be near hurricane strength when it passes near to the Avalon Peninsula. Once past southern Newfoundland, the storm is expected to quickly become a post-tropical cyclone and dissipate. (MODIS)