At a NASA teleconference yesterday, researchers working with data from the Messenger spacecraft offered new evidence that gusts of solar wind are penetrating Mercury's magnetic field and eroding material off the planet's surface. The spacecraft has actually flown through plumes of ionized sodium scoured from the surface and escaping from weak points in Mercury's magnetosphere.

Another "scouring event" could be in the offing. The Solar and Heliospheric Observatory (SOHO) observed two farside CMEs on Sept 29th, and one of them is heading for the innermost planet: 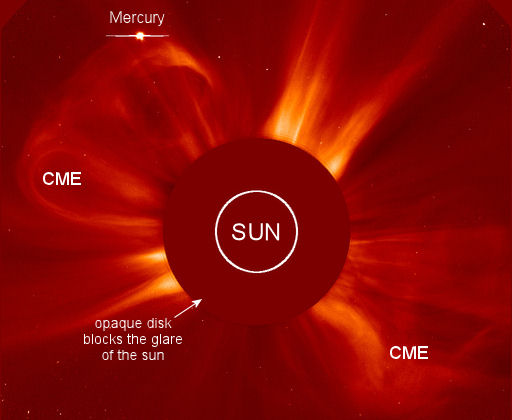 Using observations from SOHO and the twin STEREO spacecraft, analysts at the Goddard Space Weather Lab have modeled the trajectory of these CMEs. The one on the left should hit Mercury on October 1st at 02:13 UT +/- 7 hours. Forewarned, mission scientists for the Messenger probe can be attentive to the CME's arrival and observe its effects on Mercury. 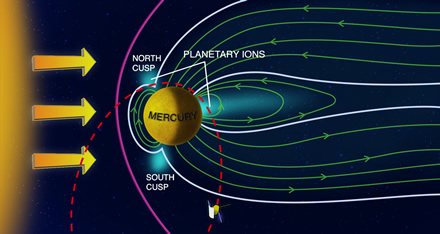 According to the CME's forecast track, the cloud will hit Venus later the same day. The ability to forecast CME impacts on other planets is a new development in space weather forecasting made possible by NASA's deployment of spacecraft around the full circumference of the sun. (SpaceWeather) 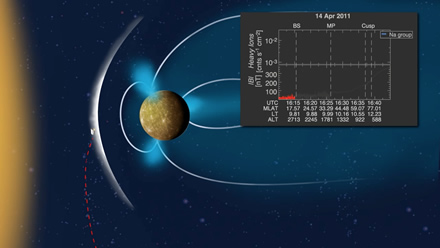 At least 2 people are missing after torrential rains triggered flash flooding in several departments of southern France on Saturday, September 19, 2020. Valleraugue commune in Gard Department recorded up to 468 mm (18 inches) of rain in just a 6-hour period, which...

Tropical Storm "Beta" is slowly moving WNW toward Texas, producing a long-duration rainfall event from the middle Texas coast to southern Louisiana. There is the danger of life-threatening storm surge through Tuesday along portions of the Texas and...