A strong-to-severe geomagnetic storm is in progress following the impact of a coronal mass ejection (CME) at approximately 12:15 UT on Sept. 26th. The Goddard Space Weather Lab reports a "strong compression of Earth's magnetosphere. Simulations indicate that solar wind plasma

The fast Coronal Mass Ejection (CME) that erupted from NOAA Active Region 1302 arrived this morning at 1237Z (8:37am Eastern Time). It has kicked off moderate (G2) geomagnetic storms for low latitudes, but high latitudes are seeing severe (G4) levels of activity. Aurora watchers in Asia and Europe are most favorably positioned for this event, though it may persist long enough for viewers in North America. The bulk of the CME missed the Earth, meaning the storm intensity and duration are less than what they would have been in the case of a direct hit. (NOAA/SWPC) 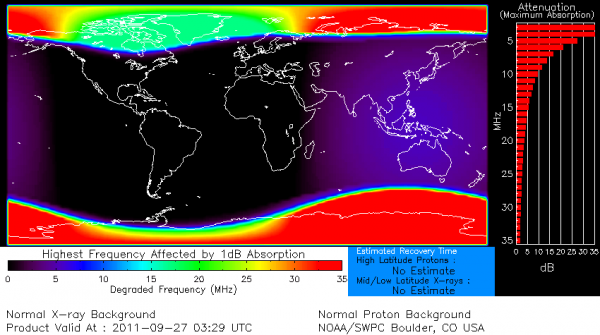 Just before 12:00 UTC Monday, the ACE Spacecraft detected a solar wind increase from 350 km/s to over 600 km/s. This indicates the arrival of a portion of the Coronal Mass Ejection (CME) sweeping past the spacecraft. The Bz has been tilting sharply south at times and a Strong G3 Level Geomagnetic Storm is now in progress. If it is dark outside and you are high in latitude, be on the lookout for visible Aurora. (SolarHam) 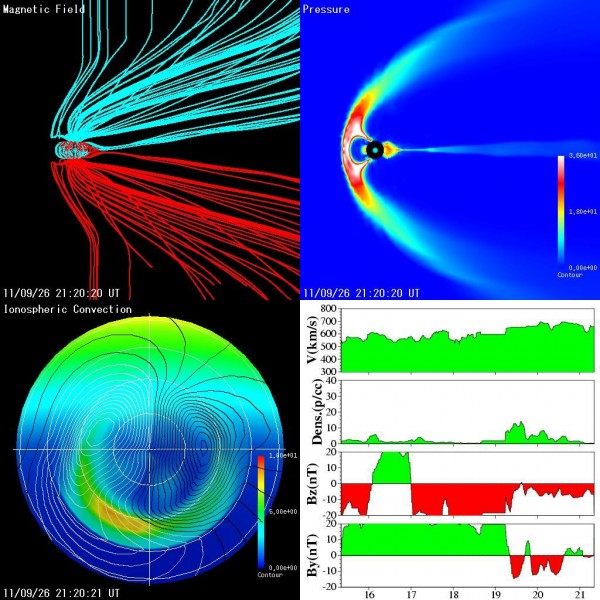