Throughout 2011, activity at Sicily’s Mount Etna has been characterized by paroxysms: short, violent bursts of activity. Each event has included volcanic tremors, ash emissions, and lava flows centered around the New Southeast Crater, just below the summit. 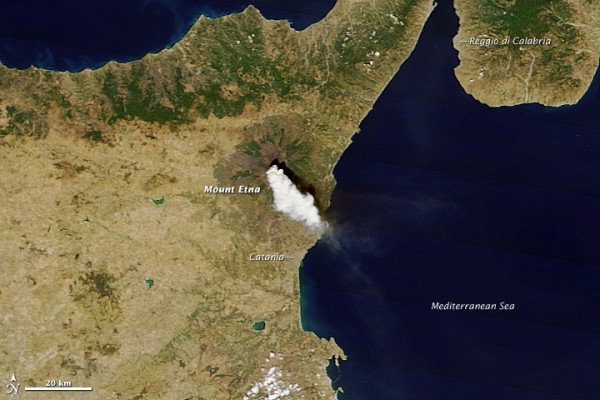 On August 12, 2011, Etna had its tenth paroxysm of the year, captured in this natural-color satellite image. Etna spewed a thick white plume of gas and ash to the southeast, towards the nearby city of Catania. The ash cloud was produced by vigorous lava fountaining at the New Southeast Crater. The Toulouse Volcanic Ash Advisory Center estimated ash emissions reached an altitude of 14,000 feet (4,300 meters); 2,000 feet (600 meters) above the 10,925-foot (3,330-meter) summit. The image was captured at 11:40 a.m. local time by the Moderate Resolution Imaging Spectroradiometer (MODIS) aboard the Terra satellite. (EO)

Strombolian activity has restarted at the "New SE crater" of Etna volcano, which means that, most likely, the 10th paroxysm is under way - IF the volcano behaves as during the past 9 episodes, where strombolian activity increased to violent lava fountain eruptions within 12-72 hours after the onset of such strombolian activity.
The activity can be followed well at the RadioStudio7 webcamas. 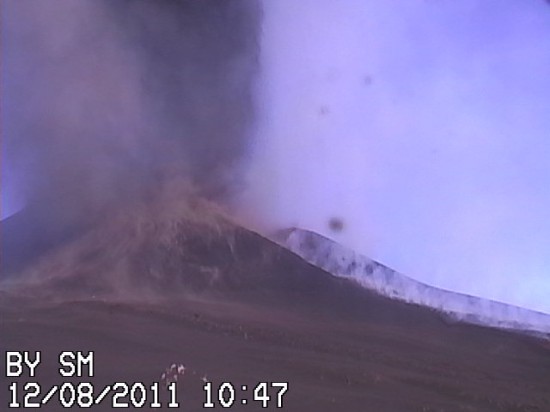 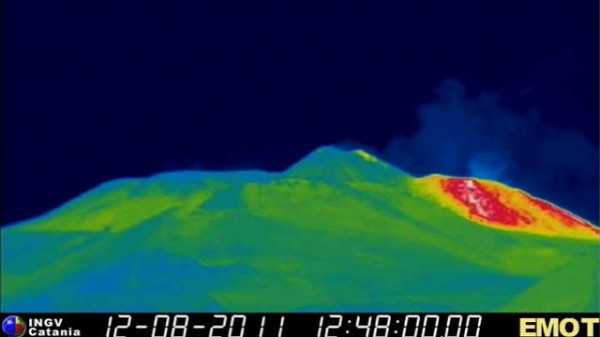