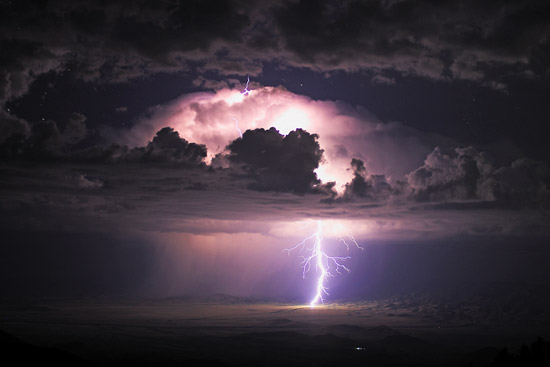 Mysterious and gigantic jets of lightning that shoot up to near the edge of space have now been observed in unprecedented detail, revealing just how much charge they pack and how they form.

More than 50 miles (80 kilometers) above Earth's surface, extreme ultraviolet radiation from the sun reacts with air molecules to produce highly charged particles, generating an energetic region known as the ionosphere. 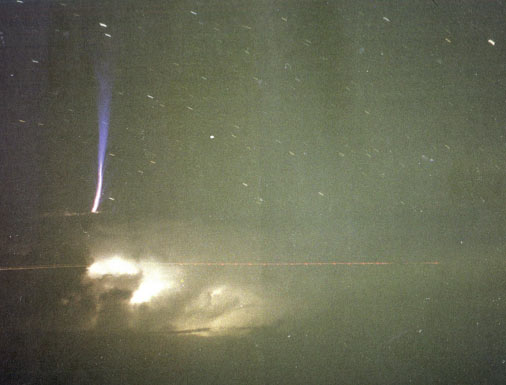 To learn more about these enigmas, scientists analyzed two such jets that occurred near lightning- detection systems capable of monitoring very high frequency (VHF) radio emissions. The detection systems allowed scientists to follow how this lightning developed in 3-D. They also remotely measured how much charge these jets packed by analyzing their magnetic fields.

The first jet, which occurred off the coast of Florida, leapt up 50 miles (80 km), while the second jet, observed in Oklahoma, soared 56 miles (90 km).

Both jets originated from otherwise normal lightning between clouds, the most common form of lightning. As the positively charged upper layers of these clouds dissipated, the negative lightning channel broke through, zipping out of the top of the cloud to the ionosphere.

The researchers suggest that strong circulation in the core region of a storm might prevent clouds from developing continuous positively charged upper layers, enabling the formation of these gigantic jets.  Lightning in the clouds preceding these jets might also play a role in dissipating these upper positive layers. 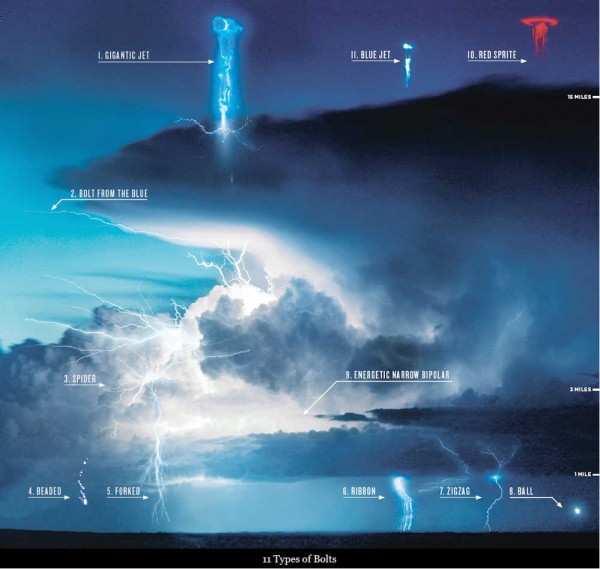