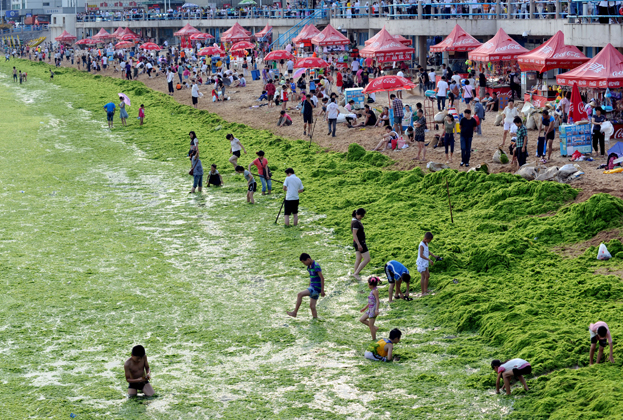 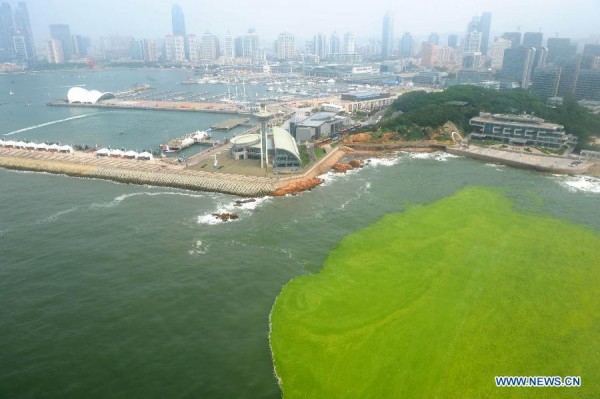 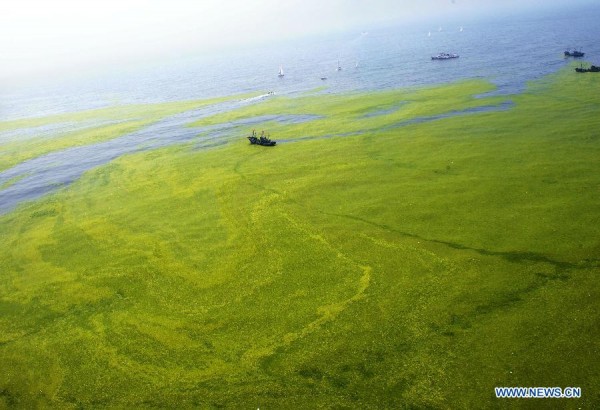 The North China Sea Marine Forecasting Center of State Oceanic Administration cited a July 23 monitoring statistics as saying that about 19,050 square km of seawater in the Yellow Sea were found with algae, while some 500 square km were covered with the plant. 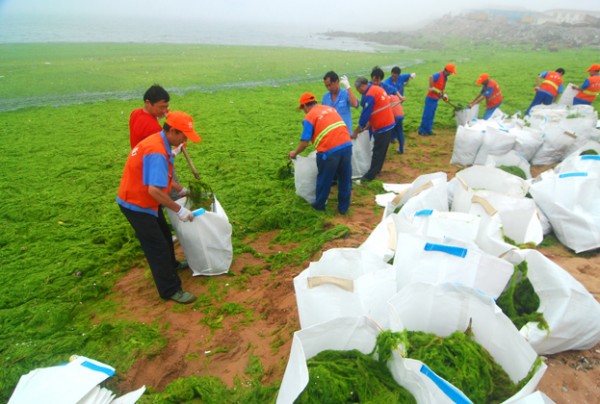 The center forecasted that the green algae would continue spreading northward and some would be washed ashore. Though the green algae is not poisonous, it can consume large amounts of oxygen that can threaten marine life. The green algae was detected in late May in the waters off Yancheng City in east China’s Jiangsu Province.

Green algae emerged in the Yellow Sea in 2007. Local residents and soldiers removed tens of thousands of tonnes of it in 2008 before the sailing events of the Olympics in Qingdao. (XinhuaNet)

Via Getty and Reuters, here are a few of the scenes from the summer–in green, most of which were taken last week of beach-goers in Qingdao: 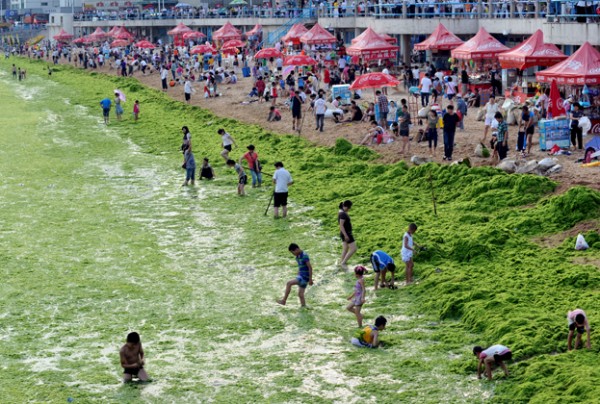 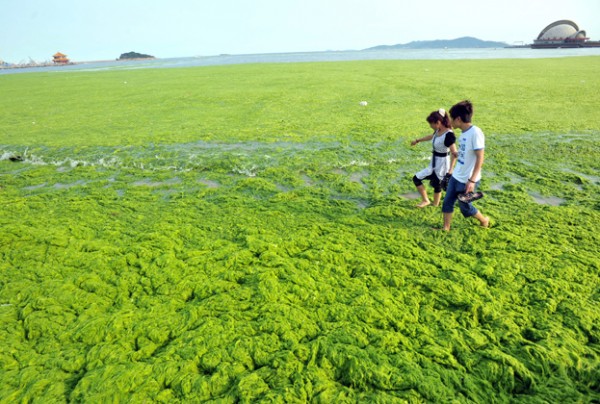 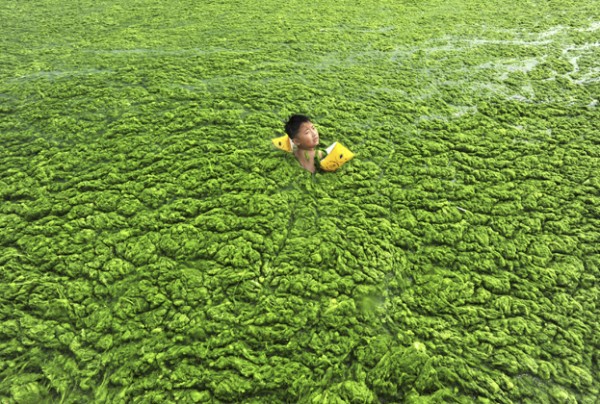 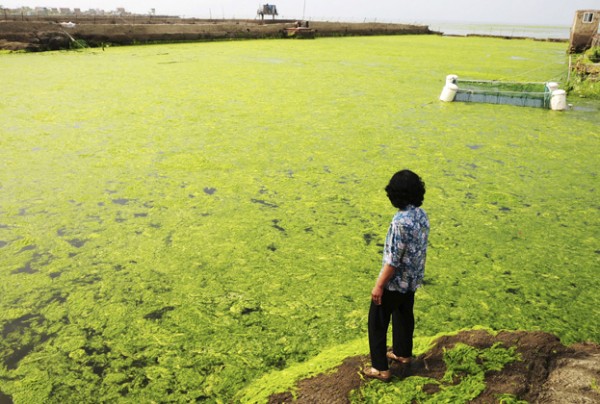 An algal bloom is a rapid increase or accumulation in the population of algae (typically microscopic) in an aquatic system. Algal blooms may occur in freshwater as well as marine environments. Typically, only one or a small number of phytoplankton species are involved, and some blooms may be recognized by discoloration of the water resulting from the high density of pigmented cells. Although there is no officially recognized threshold level, algae can be considered to be blooming at concentrations of hundreds to thousands of cells per milliliter, depending on the severity. Algal bloom concentrations may reach millions of cells per milliliter. Algal blooms are often green, but they can also be other colors such as yellow-brown or red, depending on the species of algae.

Bright green blooms are a result of cyanobacteria (colloquially known as blue-green algae) such as Microcystis. Blooms may also consist of macroalgal (non-phytoplanktonic) species. These blooms are recognizable by large blades of algae that may wash up onto the shoreline. (…)