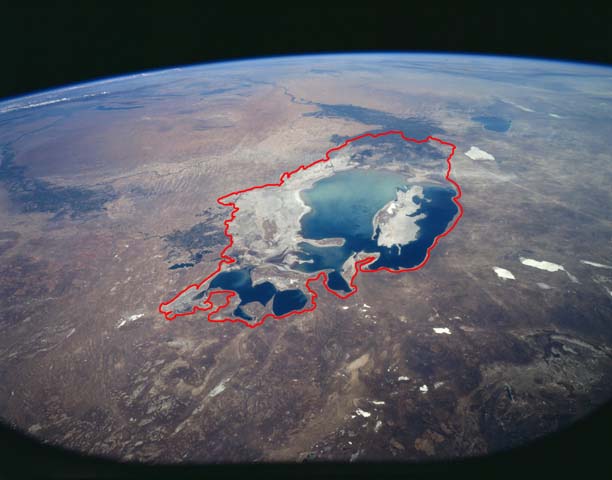 Modern trends are no exception: when water began to be diverted from the Amu Darya for vast agricultural projects starting in 1960, the Aral Sea began to shrink. 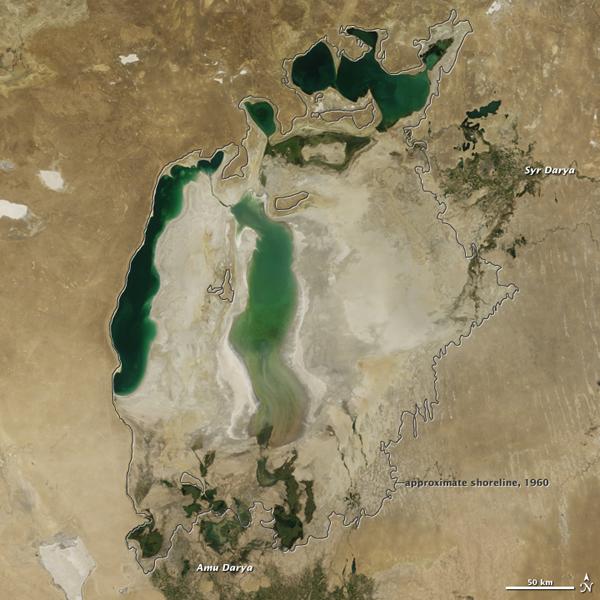 In 2010, however, the drought broke. Snow in the Pamir Mountains was normal, and enough water flowed into the Amu Darya that the river reached the Aral Sea. The muddy pulse of water settled in a shallow layer over the bed of the eastern lobe of the South Aral Sea, making it look much larger than it had in 2009. 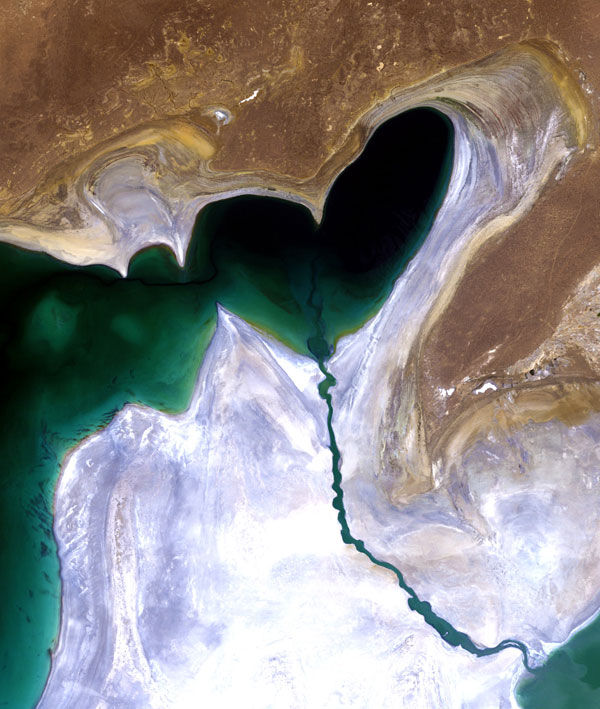 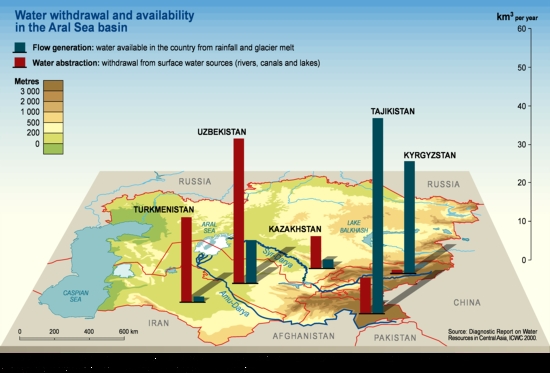 Millions of years ago, the northwestern part of Uzbekistan and western Kazakhstan were covered by a massive inland sea. When the waters receded, they left a remnant sea known as the Aral.

The Aral as an inland salt-water sea has no outlet being fed by the Amu Darya and Syr Darya Rivers. The fresh water from these two rivers once held the Aral’s water and salt levels in balance. However after the 50ies and 60ies when a series of major irrigation schemes were undertaken on the two rivers by Soviet Engineers the water started to recede.

The schemes were based on constructing a series of dams on both two rivers to create reservoirs from which eventially 40.000 km of canals would be dug to divert water to field crops. Afterwards however there was little or no water left in the riverbeds to flow to the Aral Sea. Consequently the water level in the last 50 years in the Aral has dropped by 16 metres (60%) and the volume has been reduced by 75 percent. 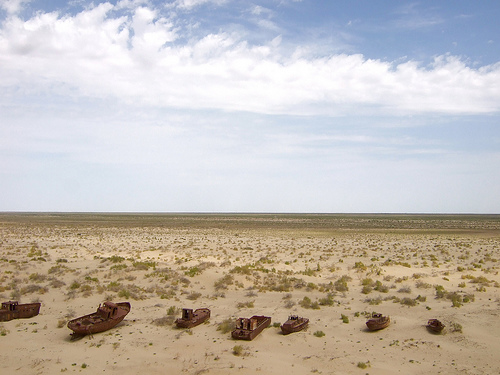 Whilst triggering what is considered one of the 20th Centuries greatest ecological disasters; these schemes are however unlikly to be removed as they are the main source of income and food for millions of people in the region.