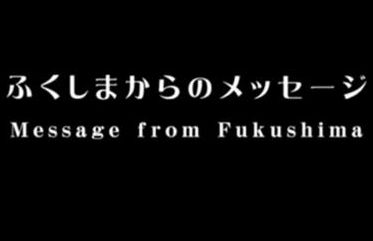 Newly released video is an International plea for help from Fukushima residents.

(FUKUSHIMA / SALEM) – The people of Fukushima prefecture in Japan, are in trouble. Abandoned by their own government; forced to return to their homes in this city of nuclear contamination, they are fearful for their children’s futures and asking the world community for support.

A man in the video who uses the name Nakate, explains that he represents a network to protect children from radiation.

“It’s been three months since the accident at Fukushima Everyday we discover new things. We know the government is not telling us the truth”.

That is a harsh charge toward the Japanese government, but apparently right on the money from what we can tell.

“We the citizens of Fukushima ask ourselves if this region is habitable, and if our children should continue to live here. We ask for an evacuation order for us and our children. Neither the Japanese government nor the local authorities call for an evacuation. We have to figure it out for ourselves. We need national and international support. Please send us your messages of support to Fukushima, Japan”.

The Russians evacuated the people of Chernobyl after the deadly nuclear disaster there. It didn’t happen fast enough, but once signs of the massive radiation leak reached Europe, the Soviets were forced to acknowledge the disaster and people left the region in droves. The Japanese govt. is now playing second fiddle on the same stage. Many in the U.S. and Europe have been asking about Japan in recent weeks, wondering how a disaster of this magnitude could have simply disappeared from the news. Of course the myriad terrible stories dominating headlines in places like Israel and Mexico take our eye off the ball. The people in Fukushima however, have not missed a thing, except a peace of mind that once existed there.

It was a natural disaster that led to the destruction of the Fukushima Daiichi nuclear power plant, but residents are being pushed back to this dangerous place by their government. While the corporate and political spin masters continue to try to reduce the severity of this disaster, the truth, according to one Japanese nuclear engineer, is far worse that what the average member of the public understands.

According to the University of Tokyo’s Naoto Sekimura, a Japanese nuclear engineer, melt down began just five hours after Japan’s 11 March earthquake. This is what he told a committee of the National Academy of Sciences in May.

On 26 May, The Washington Post published an article titled: Japanese scientist: Fukushima meltdown occurred within hours of quake

“This week, the company admitted for the first time that nuclear fuel in three of the plant’s reactors had melted — a conclusion that independent scientists had reached long ago.

And in a rare insight into internal deliberations at the Nuclear Regulatory Commission, which oversees U.S. power plants, Commissioner George Apostolakis said that NRC staff members “thought the cores were melting” early in the Daiichi crisis. This conclusion — and the lack of information from Japanese authorities — drove the commission’s controversial recommendation to evacuate Americans within 50-mile radius of the facility, an area far larger than the 12.5-mile evacuation zone then enforced by the Japanese government.

“The 50 miles was very conservative,” Apostolakis told the academy scientists. “You can’t say someone was right or wrong in this situation.”

The six-reactor complex on Japan’s northeastern coast continues emitting radiation into the air and water, and Tepco has said that it will not be able to bring the three heavily damaged reactors under control until late this year or early next year.

The radioactive material already spewed by the plant could cause 120 cases of leukemia in Japanese children over the next 10 years, scientists from the National Cancer Institute said at the meeting.

“You can see there might be considerable number of leukemia cases,” said NCI’s Kiyohiko Mabuchi. He added that the estimate was very rough, based on the assumption that the non-evacuated population of Fukushima prefecture — nearly 2 million people — stays put for the next decade. The case figure was derived from scientists’ understanding of radiation’s dangers gleaned from studies of Japanese atomic bomb survivors.
Read the full article: Japanese scientist: Fukushima meltdown occurred within hours of quake – The Washington Post

This is taking place in front of the entire world. What would possibly compel Japanese authorities to subject its populace to a situation with so many dangerous factors and the host of unanticipated problems that could follow?

Karin Rougeau wrote to our newsroom today to make sure we were aware of this video that was released just three days ago from Fukushima, and translated into both French and English. In the words we see the desperation and fear of people in a nation who are very unsure of what it means to be forced to live in a place with present levels of radiation.

Karin wrote, “They are asking for International help , not financially, but to pressure the Japanese Govt. to not make them live any longer in Fukushima City. The Govt. has started closing shelters, and have forced / told the citizens to go back and live in Fukushima City, where the radiation is terribly high. They fear, not for themselves, but for their children as they intake radiation much faster than adults”.

Concern should exist in all corners of the world and the online community needs to do everything possible to pressure Japan into providing safe locations for its own residents.

Bear in mind that many in Japan were not affected by the disastrous earthquake, tsunami and the subsequent nuclear meltdown.

Karin Rougeau wrote, “I see no other way we can help as the Japanese customs are so unlike ours. It is hard to watch a Proud Nation slowly unravel, and such hard working people like that couple suffer so”.

As Karin points out, fortunately somebody in France took the video and subtitled it, and again it has been translated into English.

What can you do?

And this is a direct form to the Pres. at the White house.http://www.whitehouse.gov/contact