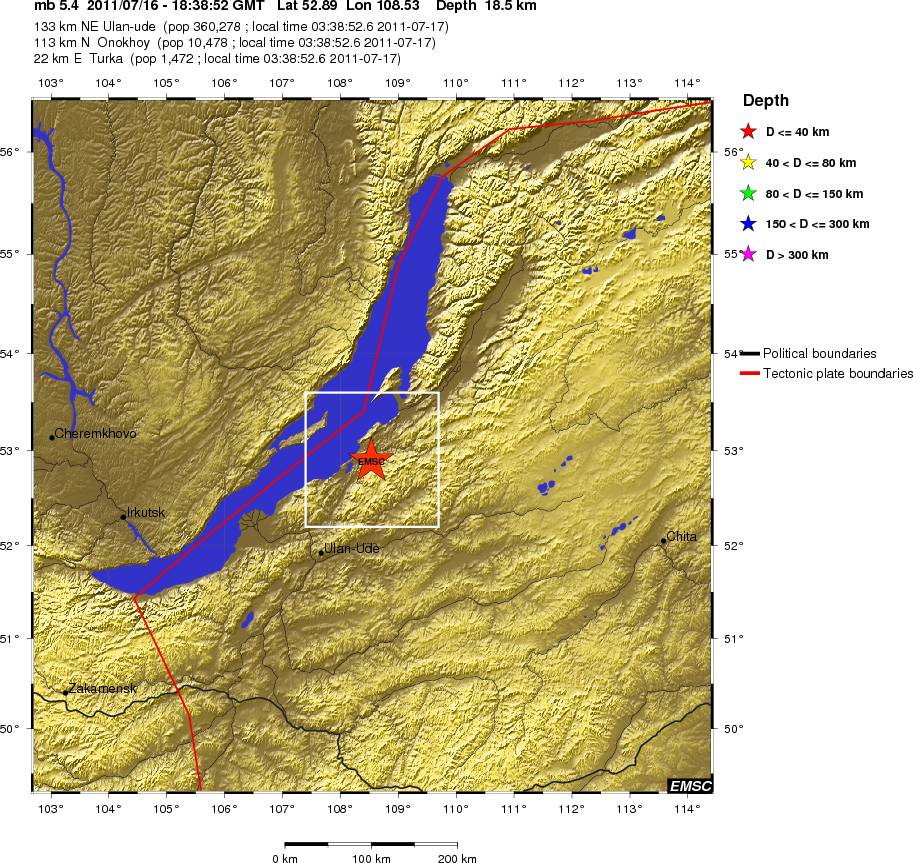 According to USGS a magnitude 5.7 earthquake struck 292 km from Irkutsk at depth of 8.8 km. Epicenter was in the world’s oldest and deepest lake highlights a history of past geological upheaval that may be inching closer to another event. 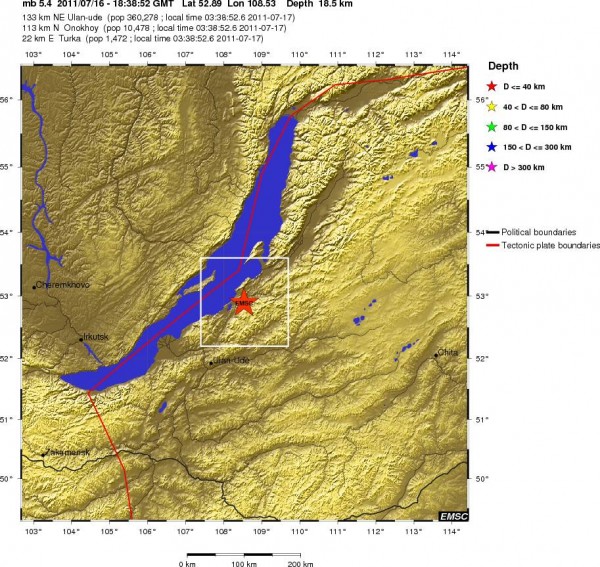 There is a volcanic fault rift under the lake that has produced an increasing number of earthquakes over the years. Here’s the background on the lake:  The northern part of Lake Baikal is the shallowest, with a maximum depth of 890 metres. Baikal and the mountains surrounding it came into existence due to fracturing and movement of the earth’s crust, resulting from tension inside the Earth itself. 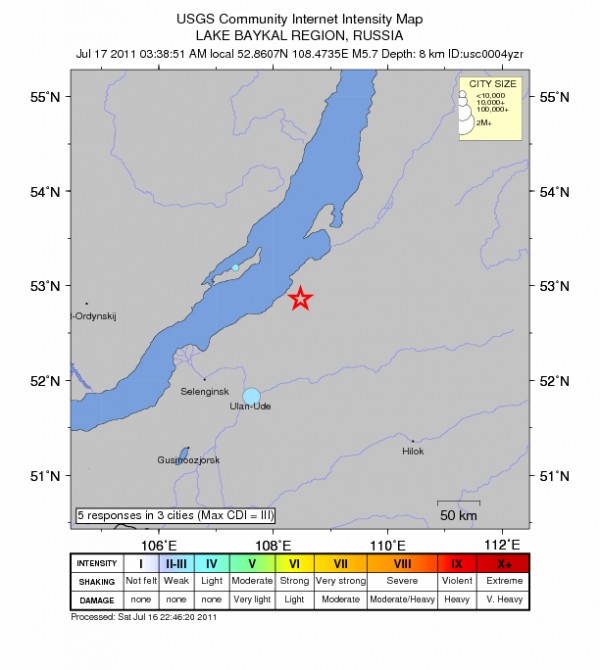 The major geologic feature of the Baikal Territory is that it incorporates the borderline of the great tectonic structures – the Siberian platform and its framing and the Sayano-Baikalsky folded belt.

Tectonic movements along this border never cease and are manifested by earthquakes and by fluctuations of separate parts of the shores. Annually, the ground seismic stations register up to 2,000 earthquake tremors; the most sensitive seismographs, installed at various depths of the lake, identify them more frequently.

In 1862, north of the Selenga’s delta, an area of land of about 200 square kilometres sank under water to a depth of 2 metres as the result of an earthquake whose magnitude, as A. Voznesensky stated, reached magnitude 11. (This compares to the magnitude 10 quake in Ashkhabad in1948, and the magnitude 7 in Tashkent in 1967). The new bay formed on Baikal by the 1862 earthquake was called Proval (gap), and the new water-ways that broke through, the Cape – Oblom (Break-On) (Irkutsk.org)