Another winter storm is expected to impact areas from the Mid-South to the central and southern Appalachians on Thursday into Thursday night, January 6, 2022, before tracking along the Northeast coast on Friday.

A wave of low pressure is forecast to develop along an arctic front draped across the Deep South by Thursday, January 6, NWS forecaster Santorelli noted.1

Moderate snowfall is possible to the north of the front from Kansas into Missouri where at least a couple of inches of snow is forecast.

As the low tracks through the Southeast on Thursday, heavy snowfall is expected to develop across parts of the Tennessee Valley into the central Appalachians, with some ice farther to the south across southern/eastern Tennessee and northern Mississippi and Alabama.

The combination of snow and ice may cause hazardous road conditions through Thursday night in this region.

Higher amounts may be realized across especially eastern portions of New England, but exact amounts remain uncertain and highly dependent on the exact track of the low off the coast. 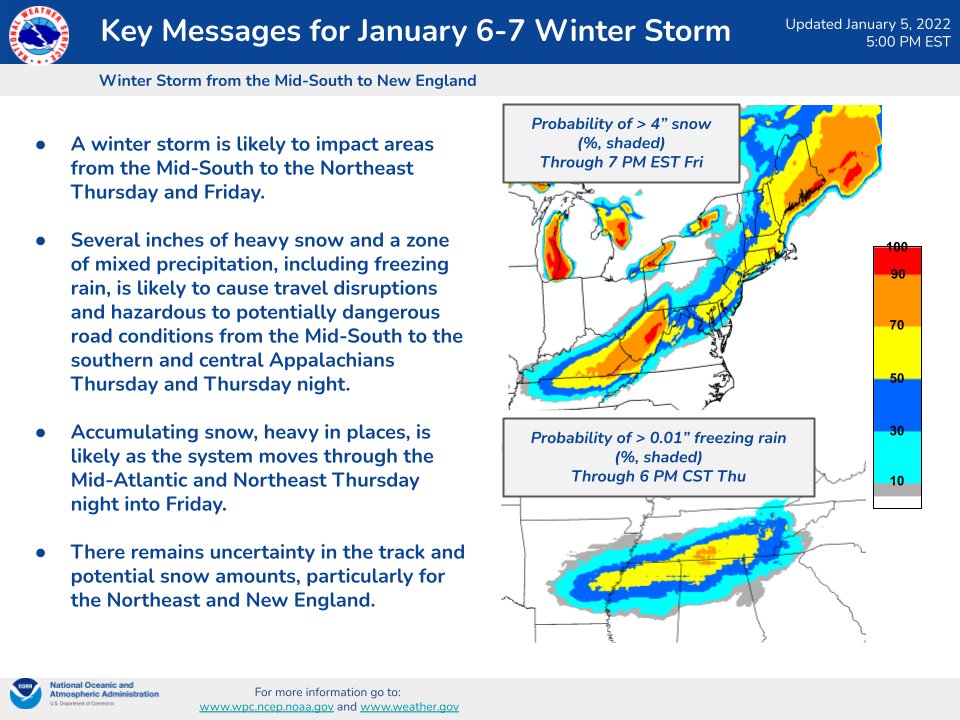 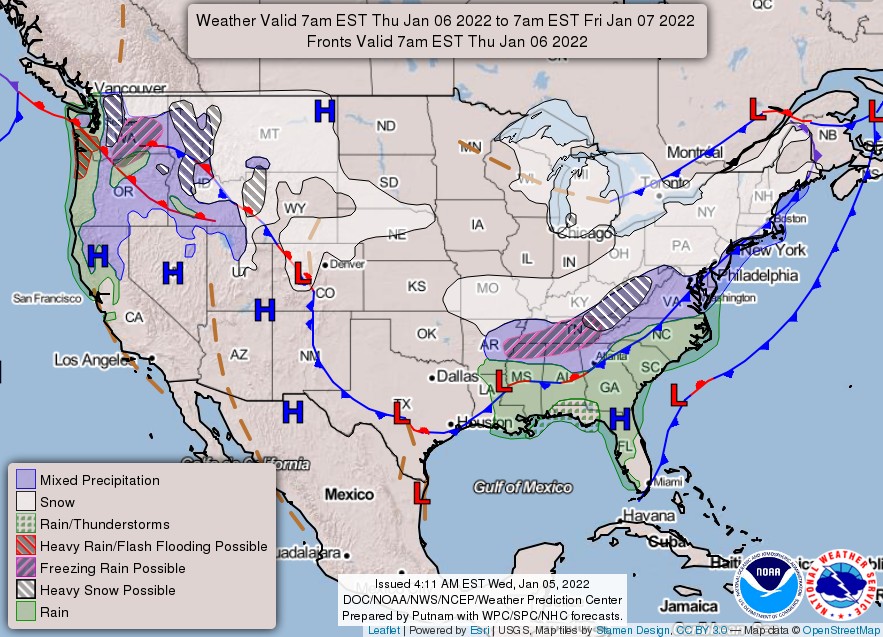 This is the second winter storm to hit the region this week.2

On Monday and Tuesday, January 3 and 4, a quick-hitting winter storm impacted areas from the Southeast to the Mid-Atlantic, leaving nearly 1 million customers without power and at least 5 people dead. Thousands of flights have been grounded and hundreds of drivers stranded on I-95 in Virginia.3

The worst affected was Virginia where at least 450 000 customers were affected at the height of the storm.

3 Hundreds of drivers stranded on Interstate-95 after major snowstorm hits U.S. – The Watchers