A quick-hitting winter storm is bringing significant weather impacts across parts of the Southeast and Mid-Atlantic on January 3, 2022. Heavy wet snow and gusty winds are expected, causing dangerous travel conditions and power outages. Parts of the region could see up to 7.5 cm (3 inches) of snow per hour!

A dynamic low pressure system will be the fuel for significant weather impacts across parts of the Southeast coast and Mid-Atlantic over the next day or so, NWS forecaster Kebede noted on January 3.1

A cold front associated with the deepening area of low pressure will be the focus for scattered showers and thunderstorms across the Carolinas and down into Florida today.

A Slight Risk of severe thunderstorms is in effect for much of coastal North Carolina today as Gulf moisture streams into the region from the south and interacts with the approaching cold front from the west.

Damaging winds and a few tornadoes appear to be the main concerns with this severe weather threat. 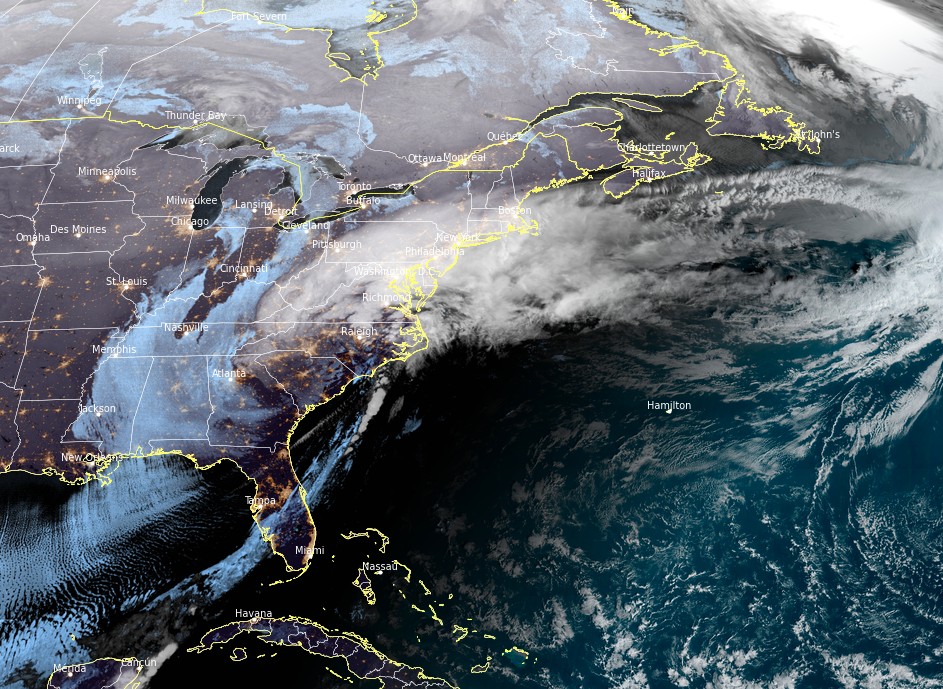 Rain will changeover to snow across much of the Central/Southern Appalachians and Mid-Atlantic this morning as temperatures fall below freezing.

Generally, a swath of between 10 – 20 cm (4 – 8 inches) of snow is possible from the Southern Appalachians through Washington DC and into southern New Jersey by this evening. Localized higher amounts between 20 – 30 cm (8 – 12 inches) are possible.

The heaviest snow (5 cm / 2 inches per hour) along with thunder-snow is likely to occur right after the transition from rain this morning, which will make for tricky commutes to work. 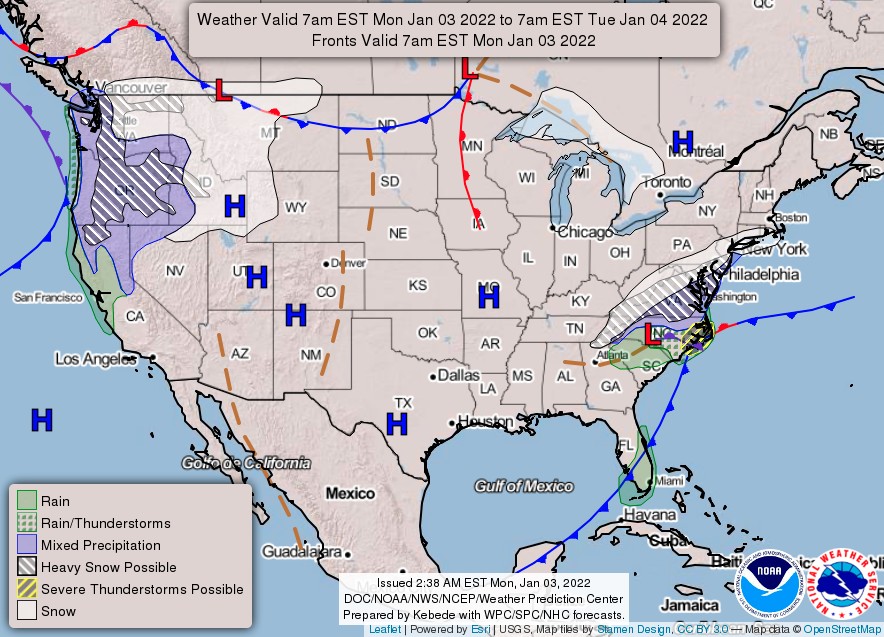 At least 470 000 customers are already without power in North Carolina, Georgia, South Carolina, and Tennessee, as of 12:28 UTC.

While the exact track and strength of the southern U.S. storm continue to change by the hour, the ingredients are in place for part of the mid-Atlantic to have snowfall at a heavy rate of 2.5 – 7.5 cm (1 – 3 inches) per hour for a time on Monday, AccuWeather warns.2

"It may be hard to believe that any snow is on the way, given the warmth and lack of wintry weather thus far this season," AccuWeather Meteorologist Ryan Adamson said, warning that the situation will be very different by Monday morning.

"The storm setup will be a game of miles. Should the storm shift its track several dozen miles farther north, then Washington, D.C., Baltimore and Richmond, Virginia, may not be the only major cities along Interstate 95 to receive heavy snowfall. Forecasters say a few inches of accumulation can even occur in a corridor from Philadelphia to just south of New York City."

At the height of the storm, nearly 1 million customers were without power from Georgia to Maryland. The worst affected was Virginia where 450 000 customers were affected.

More than 2 800 U.S. flights and more than 4 400 worldwide were grounded as of midday Monday, according to tracking service FlightAware. Another 10 158 flights were delayed, including 4 000 in the U.S.3

At least 5 people have been killed. A 7-year-old girl in Tennessee and a 5-year-old boy in Georgia died after trees fell on their homes. Three others died in Maryland after a vehicle they were in collided with a snowplow.