Hurricane "Ida" is moving over the Gulf of Mexico through an area favorable for rapid intensification. The National Hurricane Center (NHC) expects it to be an extremely dangerous major hurricane when it reaches the coast of Louisiana by late Sunday, August 29, 2021, or early Monday.

It had maximum sustained winds of 140 km/h (85 mph), making it a Category 1 hurricane on the Saffir-Simpson Hurricane Wind scale. 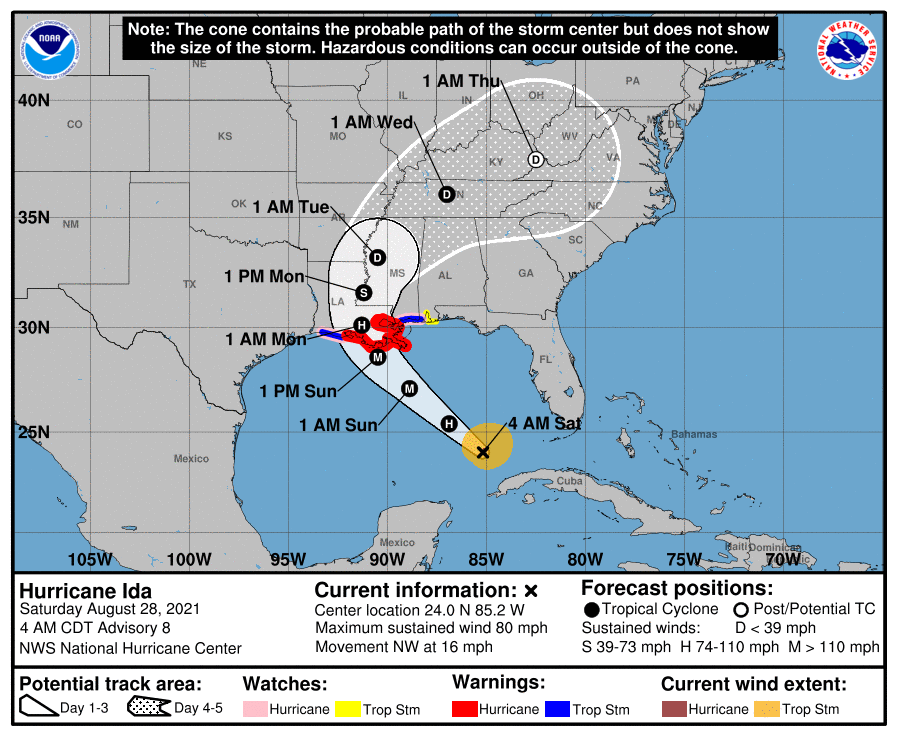 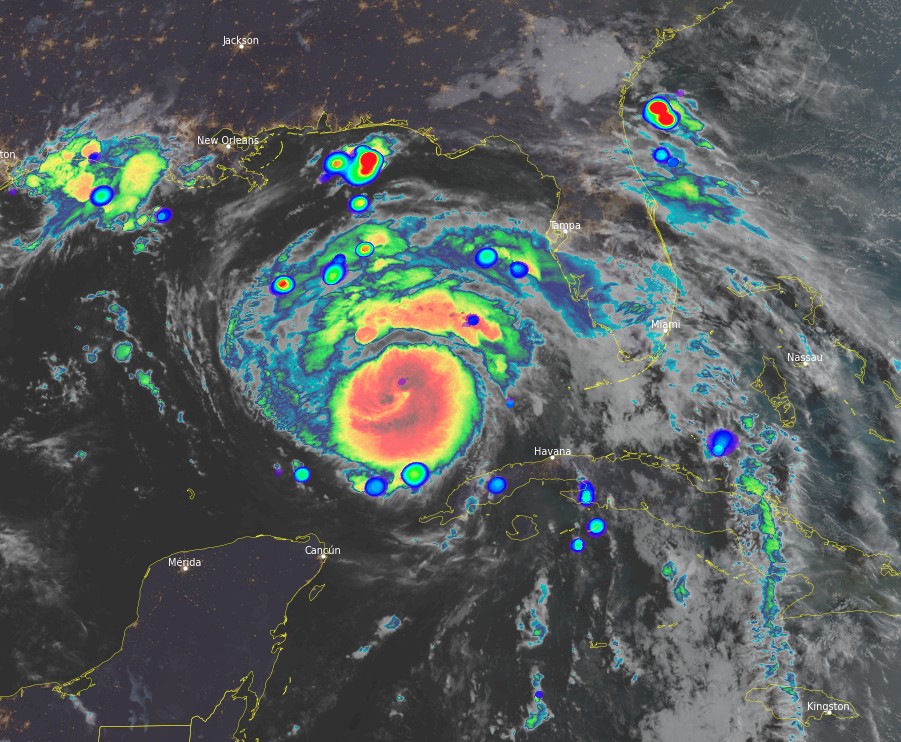 Ida is moving toward the northwest and this general motion should continue through late Sunday or early Monday, followed by a slower northward motion on Monday.

Ida is then expected to make landfall along the U.S. northern Gulf coast within the hurricane warning area on Sunday, and then move inland over portions of Louisiana or western Mississippi later on Monday.

Louisiana Governor John Bel Edwards declared a state of emergency and urged residents to ready themselves for the hurricane immediately.4

"Now is the time to finish your preparations," he told a Friday afternoon news conference. "By nightfall tomorrow night, you need to be where you intend to ride out the storm."

New Orleans officials ordered residents to evacuate communities outside the city's levee system, and posted voluntary evacuation notices for the rest of the parish.