A rare 'recurrent nova' event is visible to the unaided eye in the constellation of Ophiuchus this week.

The recurring nova is produced by a white dwarf star and a red giant in a binary system.

Only 7 star systems in the whole Milky Way galaxy are known to produce such explosions, said Dr. Tony Phillips of SpaceWeather.com.

"At 5th magnitude, the current outburst is visible to the unaided eye, albeit just barely," Phillips said.

"Binoculars or a telescope will allow you to see it with ease. Look south after sunset. Ophiuchus hangs high in the sky just above the better-known constellations Scorpius and Sagittarius."

The last large outburst of RS Oph took place in February 2006 when it reached a visual magnitude of 4.5: 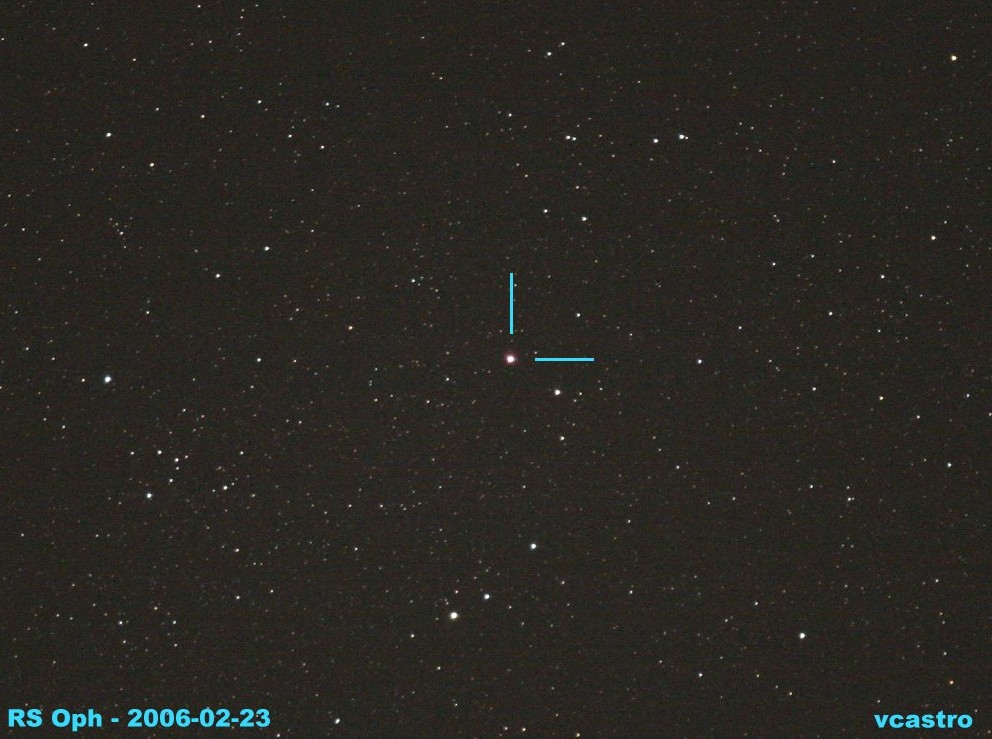 Recurrent nova in RS Ophiuchi on February 23, 2006 as seen from Mt. Laguna, California, US. Credit: Robogun

If you are new to night sky watching, you can use a mobile app to locate Ophiuchus within a minute.