The comet appears like a bright fuzz ball in the sky when observed with the human eye, but so much more can be revealed even with small telescopes.

"I just came in from observing C/2020 F8 with the naked eye (on April 29)," said astronomer John Drummond from Gisborne, New Zealand. "It seems to have increased brightness dramatically since I last observed it a few nights ago."

Drummond made a deep exposure output which highlighted jets appearing from the comet's core. 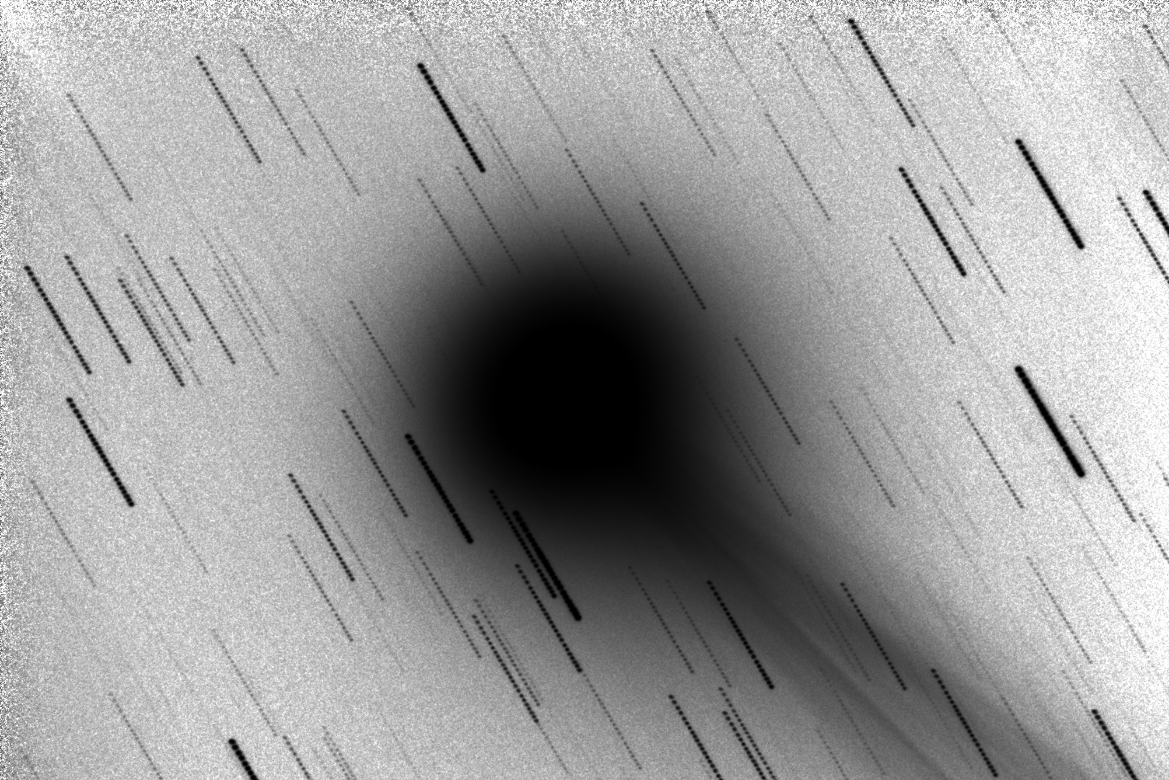 "The tail on this is now at least 8 deg long! The best comet I've seen in some years," said astrophotographer Damian Peach who took the image below. 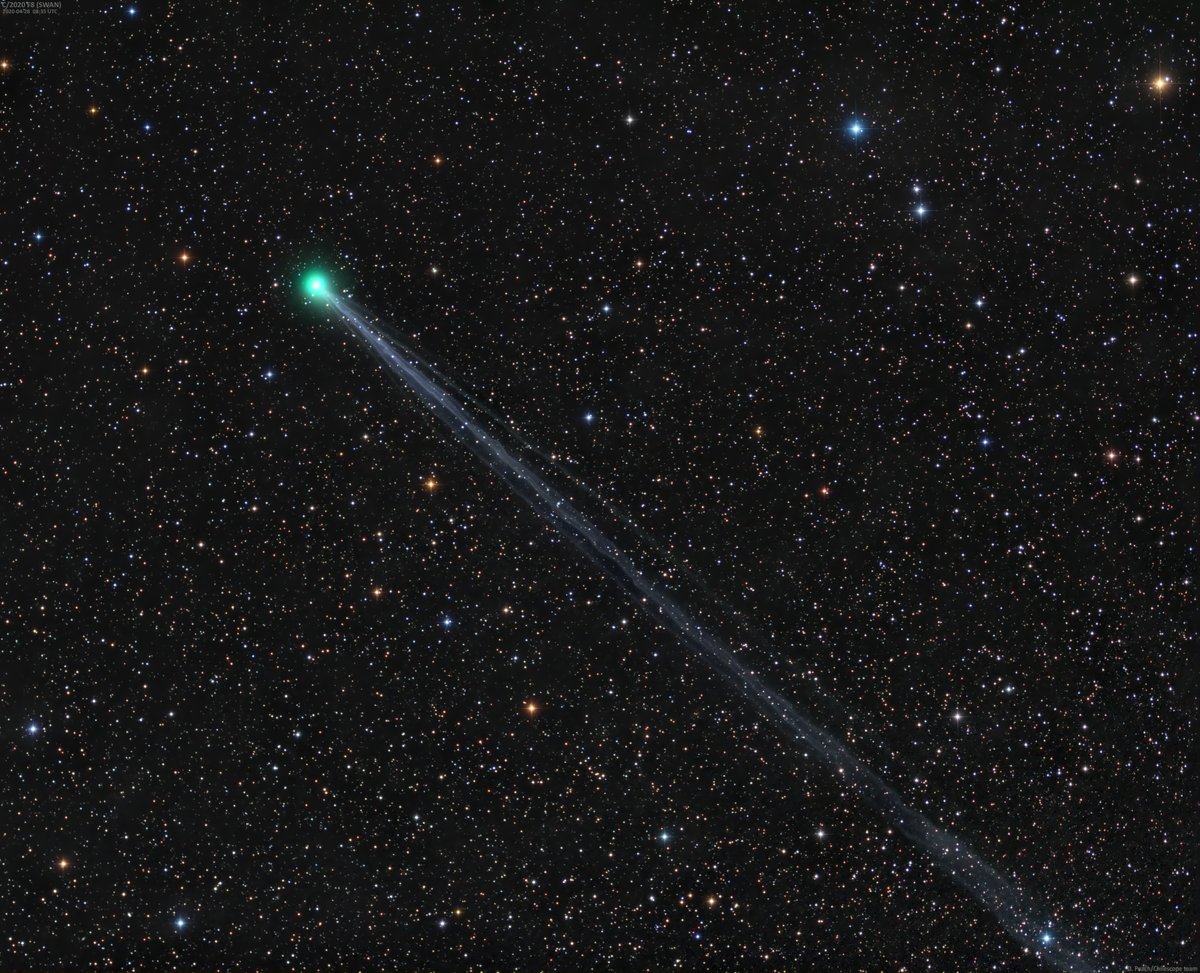 Another astronomer named Gerald Rhemann captured an astonishing shot of the comet from Tivoli, Namibia. "This is a 30-minute exposure through my 12-inch Astrograph." 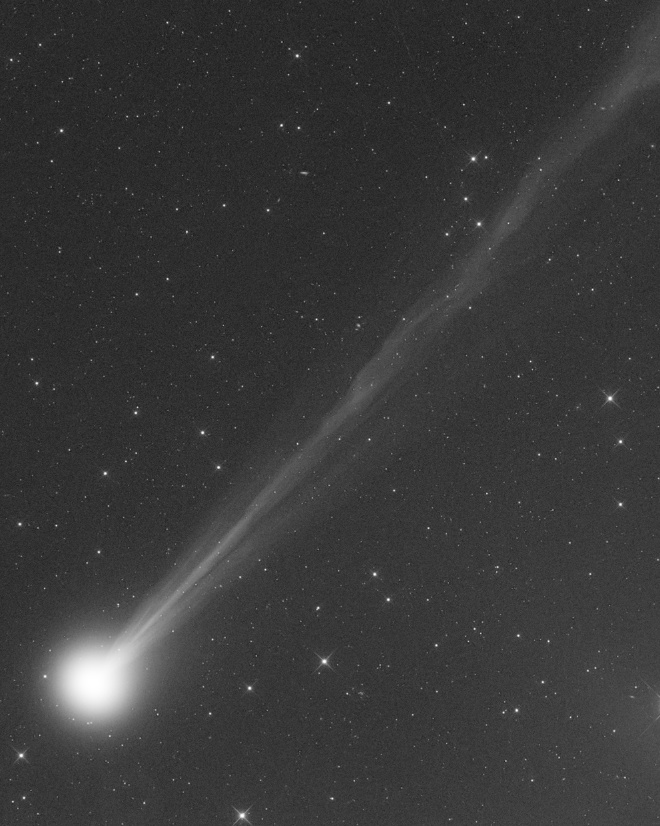 In another photo he took, the comet's tail was so long that it could not fit in the field of view. "The tail in my photo is 1.2 degrees long," said Rhemann. "I know from friends who have photographed wider fields that it actually stretches about 8 degrees across the sky." As a comparison, the Big Dipper's bowl is 10 degrees wide. 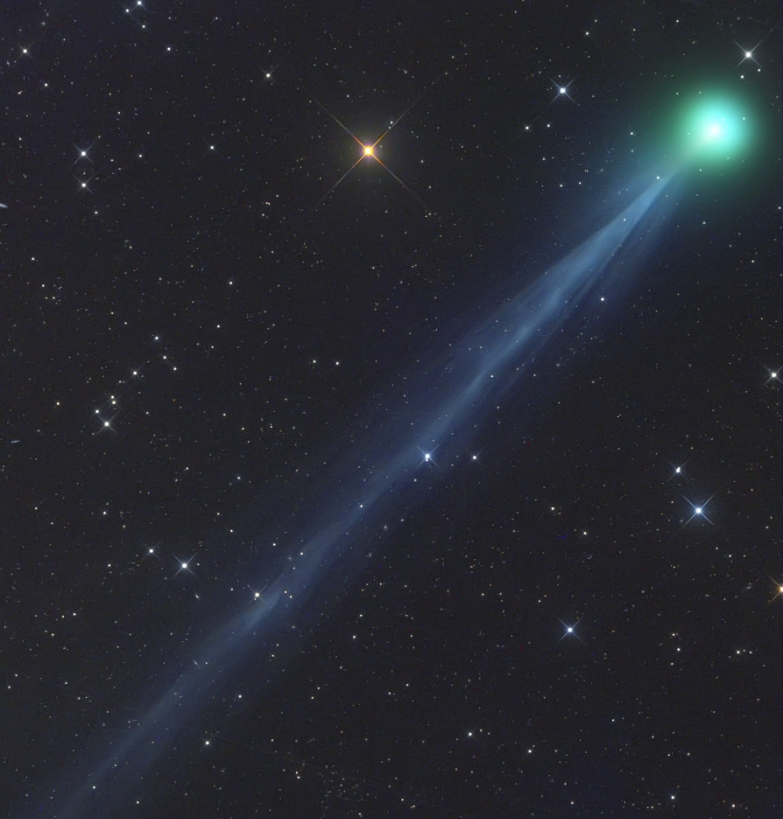 C/2020 F8 was discovered on April 11 by amateur Australian astronomer Michael Mattiazzo from images taken by the Solar Wind ANisotropies (SWAN) on March 25.

The comet had powerful hydrogen outbursts, which may have been caused by explosions from its surface, according to Karl Battams of the Naval Research Lab in Washington DC.

"A major eruption happened to this otherwise small and faint comet, releasing a massive cloud of hydrogen-rich volatiles. SWAN is picking up on this sudden dump of hydrogen into the inner solar system," he stated.

"The comet sort of appeared out of nowhere. What made it flare up? I worry that something unpleasant happened to it, and now it's releasing (possibly exhausting) all of its fresh volatiles." 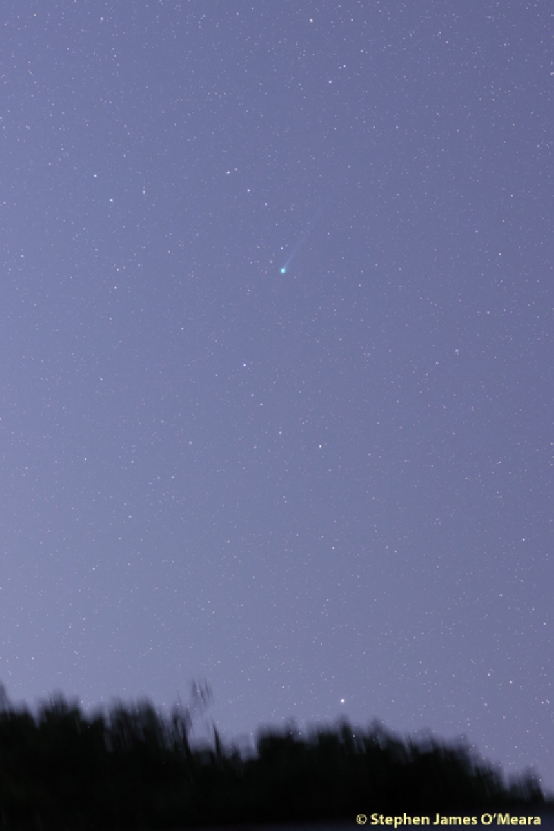 For now, SWAN is only visible from the Southern Hemisphere, but it is rapidly moving to the northeast and soon, it will also become visible for viewers in mid-northern latitudes, including the U.S., Europe, and southern Canada. As the comet moves closer to the horizon, it will appear considerably brighter with its tail slightly longer.

As comets are unpredictable, it could disintegrate just like what happened to Comet ATLAS, but Battams said, "Comet SWAN seems to be holding together better than Comet ATLAS, so there's hope." 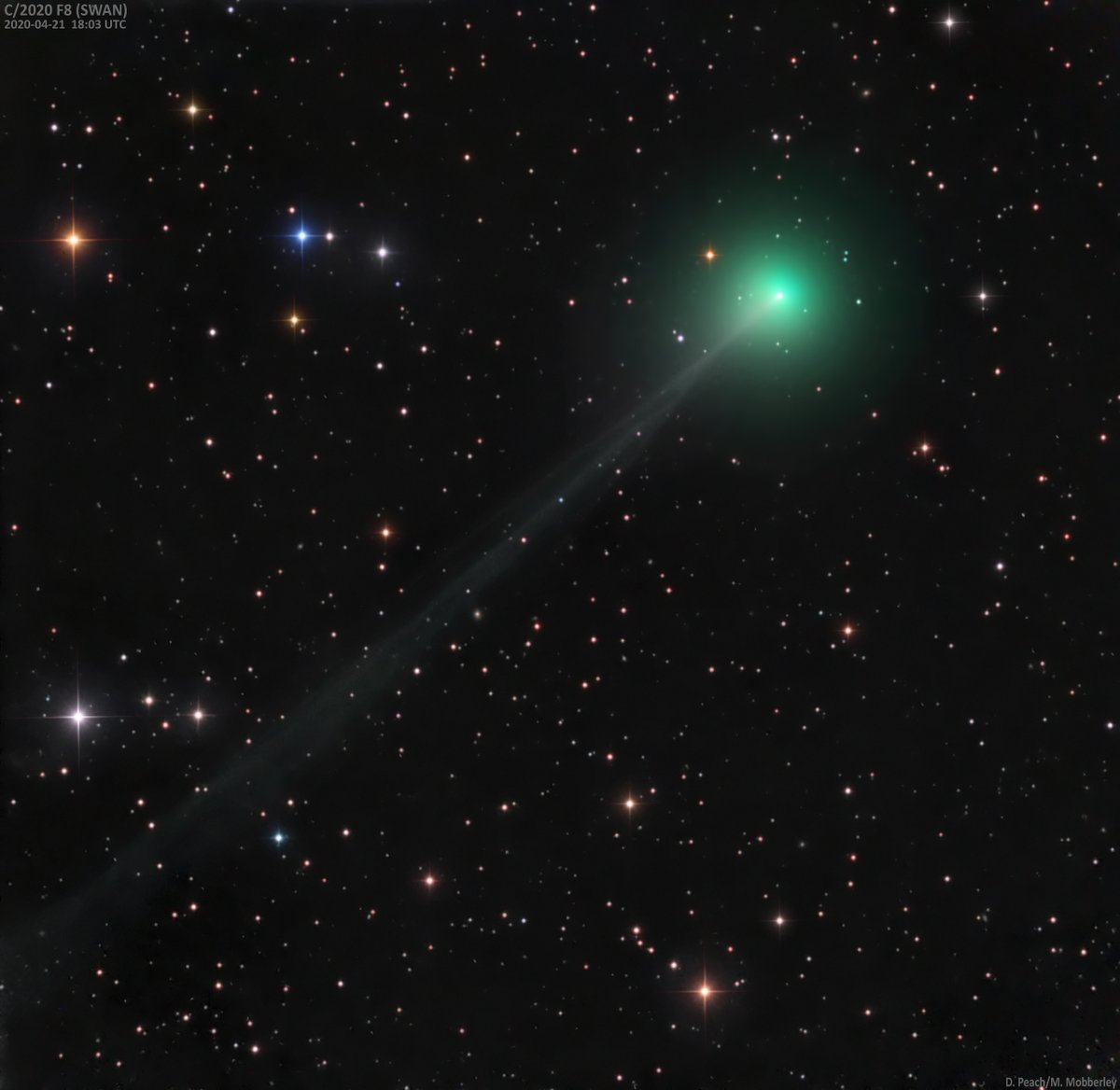