As a result, the country's national grid operator – Transpower declared a 'grid emergency at 19:00 local time (07:00 UTC) on August 9.

"Tonight we have reached an all-time high in demand on the electricity system, but unfortunately we have not had enough generation in the system to maintain it," the company said.

"Insufficient generation has been made available to meet demand and manage a secure system.

"Transpower in our capacity as managers of the power system (the System Operator) has asked the distribution companies to reduce load across the country. Different companies will do this in different ways, some manage via load control on hot water, some manage via customer disconnections. The situation is expected to resolve at 09:00 pm tonight once peak demand for electricity has passed."1

On one of the coldest nights of the year, cities and towns across the North Island were plunged into darkness, Stuff reported, adding that this was the first time in 10 years that such an emergency has happened.2

Power distribution companies managed to increase available power by 5% by 20:20 LT and resolve supply shortages by 21:00, their report added.

While the total number of affected customers remains unclear, reports mention up to 20 000 homes were left without 'heating after high winds brought down power lines and cold weather saw power use surge beyond generation capacity.'3 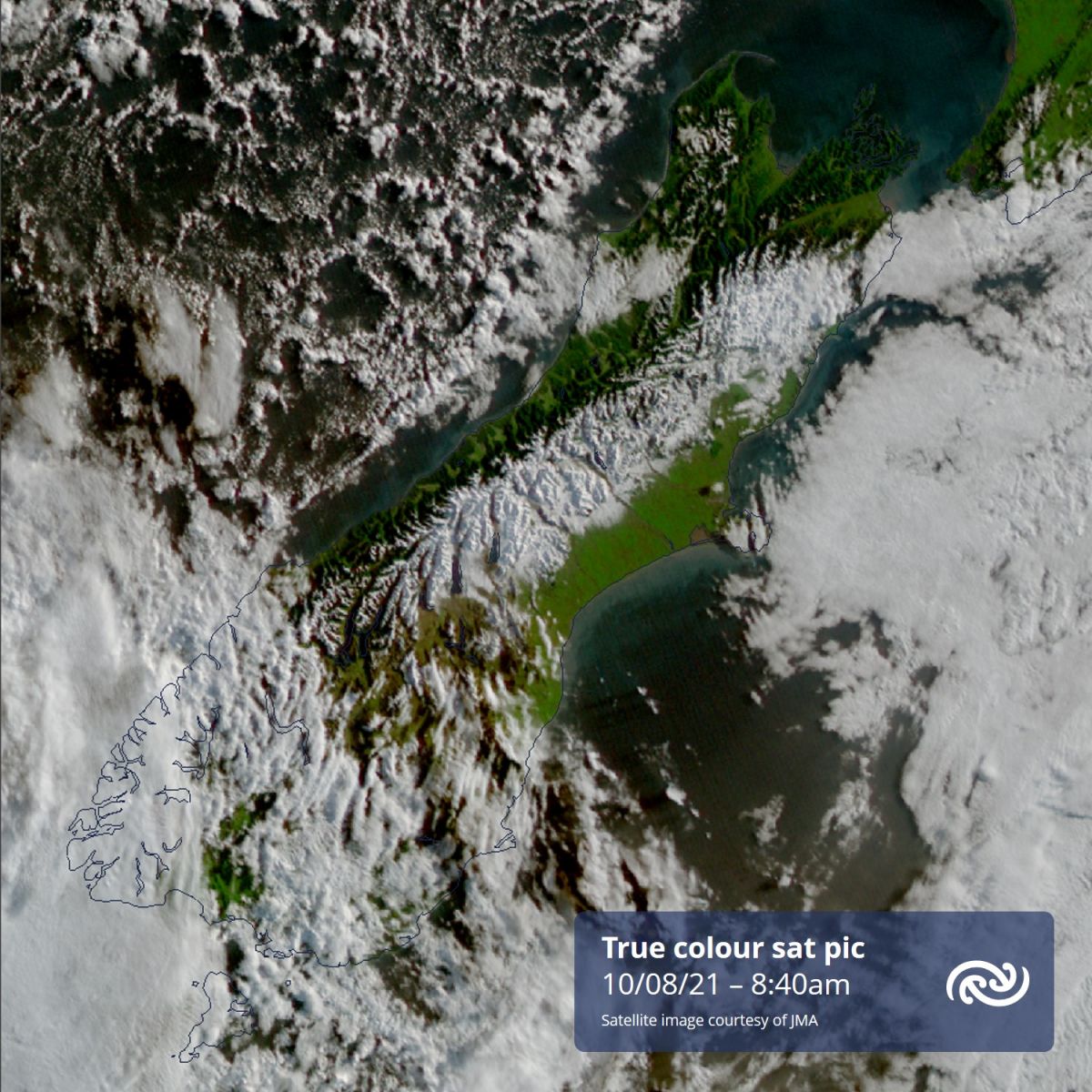 Cloud free across Canterbury in this image, so all that white is snow! Even lingering on to the plains about Methven, although much of that should melt in the sun this morning. Hard to spot under the cloud over Otago and Southland, though. Credit: JMA/Himawari-8, Met Service

"The low dragged up cold air all the way from Antarctica," said MetService Meteorologist Stephen Glassey.4 "Snow has been falling in parts of both the North and South Islands, affecting many roads."

Luckily, this event was short-lived and power outages were mostly resolved within 12 hours. This wasn't the case in Texas in February 2021 when hundreds of people died after a major polar blast brought exceptionally cold temperatures for a prolonged period of time.5, 6, 7

The storm is moving away from New Zealand on Tuesday, August 10.

The front, preceded by strong northwesterlies, will bring a period of rain as it moves north, with heavy falls in the west of the South Island.