A massive wildfire burning in the northern part of the island of Evia, Greece since August 3, 2021, has forced more than 2 500 people to evacuate their homes.

Hundreds of homes have been destroyed but the full extent of the damage caused by the fire burning for 7 days now is still unknown.

While residents and officials called for more help, the mayor of the municipality of Istiaia in the northern part of Evia, said that it's already too late. "The area has been destroyed."1 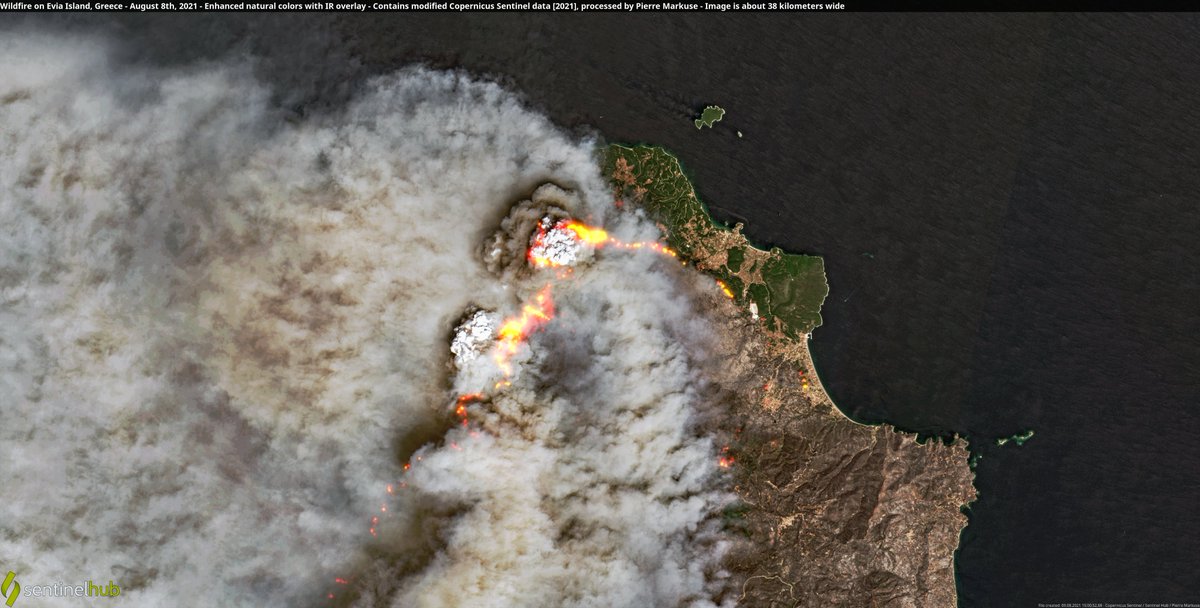 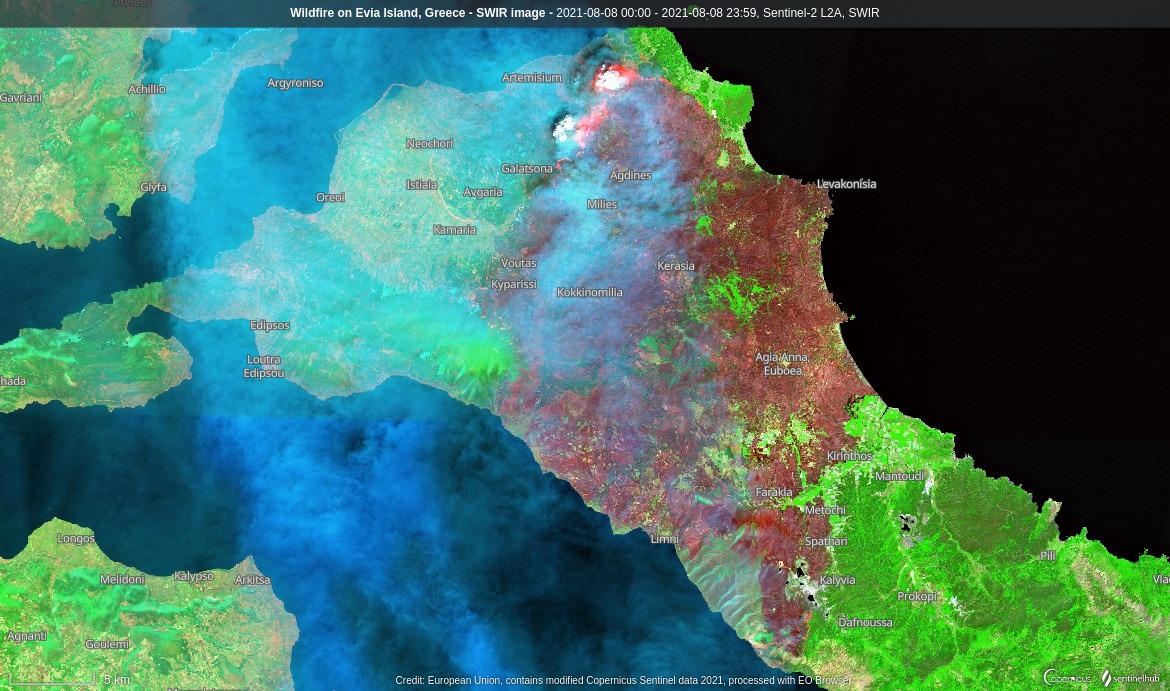 Water-bombing aircraft in the region faced several hurdles including low visibility caused by the thick plumes of smoke rising over the mountains and turbulence, Hardalias said.

More than 2 500 people have evacuated their homes since the fire started on August 3. One of the evacuees compared the scenes to a horror movie:

More than 600 firefighters are battling the flames on Evia, helped by 5 helicopters and 5 water-dropping planes.

This is the most severe of dozens of wildfires that have broken across Greece in the past 7 days.3

The fires hit the country during its worst heatwave in more than 30 years. 1 volunteer firefighter has lost its life and 4 others were injured.