Above-background activity has been observed at the Great Sitkin volcano in Alaska, prompting the Alaska Volcano Observatory to raise the Aviation Color Code to Yellow and the Volcano Alert Level to Advisory on May 13, 2021.

In addition, there has been a slight increase in local seismicity over the past two days.

As a result, the observatory has raised the Aviation Color Code to Yellow and the Volcano Alert Level to Advisory at 00:57 UTC on May 13, 2021. 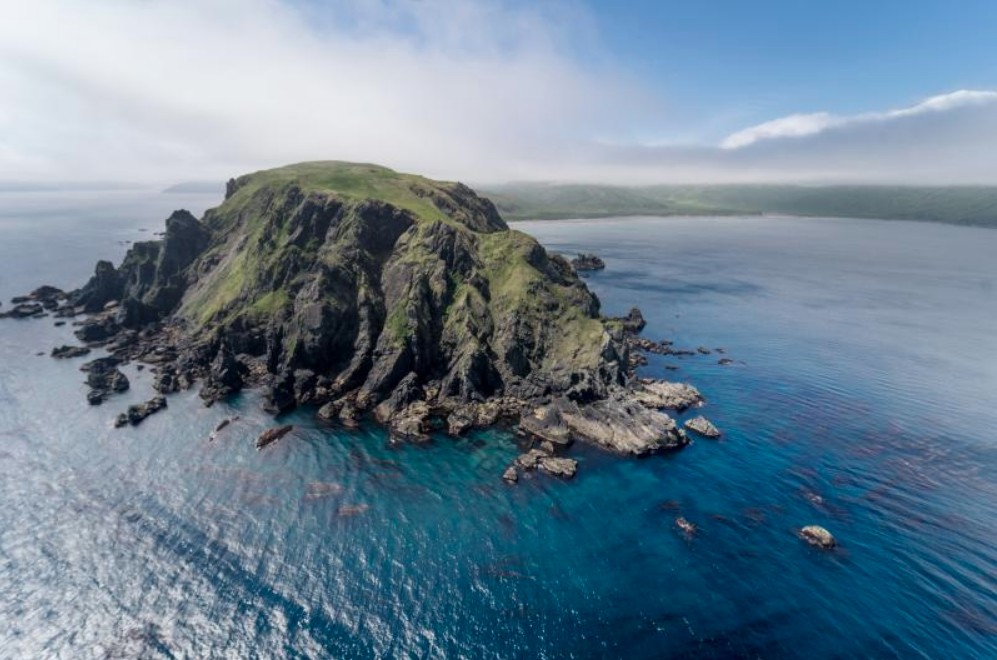 The coastline on the west side of the Great Sitkin volcano on June 21, 2019. Image credit: Wyatt Mayo, AVO/ADGGS

Great Sitkin is monitored with a local real-time seismic network, which will typically allow AVO to detect changes in unrest that may lead to an explosive eruption.

Rapid detection of an ash-producing eruption would be accomplished using a combination of seismic, infrasound, lightning, and satellite data.

Featured image: The coastline on the west side of the Great Sitkin volcano on June 21, 2019. Image credit: Wyatt Mayo, AVO/ADGGS